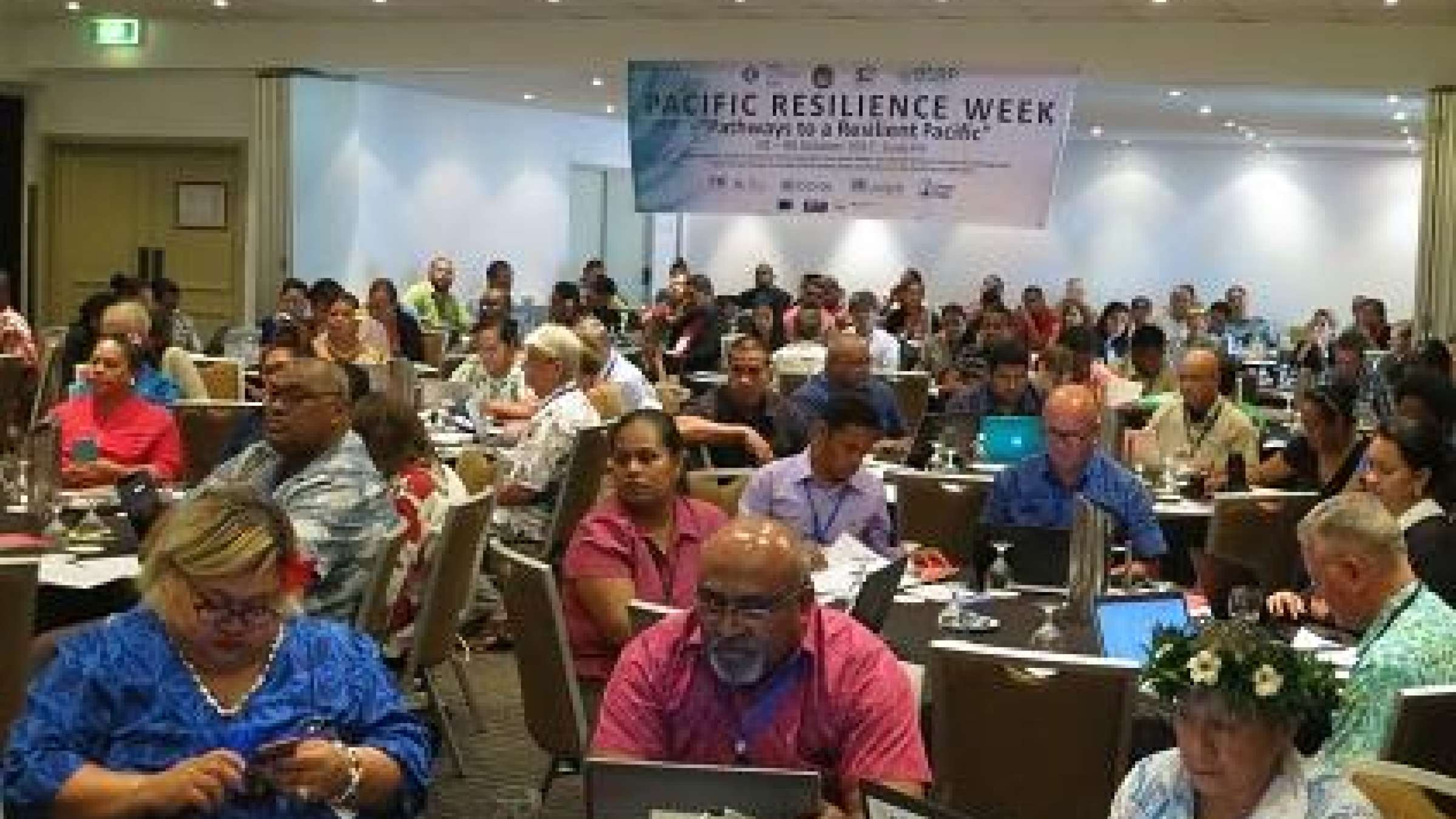 In its Outcome Statement, the joint platform/roundtable called for the “full participation” of vulnerable and marginalized groups – including women, youth, children, persons with disability, and the elderly – to build resilience.

The Statement highlighted a series of priority areas for the new Pacific Resilience Partnership, endorsed by the region’s leaders at last month’s 48th Pacific Islands Forum, in Apia, Samoa.

The Partnership is tasked to support the implementation of the Framework for Resilient Development in the Pacific: An Integrated Approach to Address Climate Change and Disaster Risk Management 2017-2030 (FRDP).

The FRDP provides the roadmap for Pacific countries and territories to deliver on their commitments to implement the overall 2030 Agenda for Sustainable Development, including the Sendai Framework for Disaster Risk Reduction.

The Outcome Statement identified the need for technical support in developing the monitoring, evaluation and reporting mechanism for the FRDP that “utilizes existing reporting commitments” under the Sendai Framework, Paris Agreement and SDGs, to avoid duplication.

The Statement also welcomed the role of the Pacific Resilience Partnership Meeting, which will begin in 2018, “as the platform to consolidate the region’s input into global reviews of progress against relevant international agreements, including at the biennial Global Platform for Disaster Risk Reduction”.

UNISDR’s Pacific Coordinator Mr. Andy McElroy welcomed the Outcome Statement and said: “This diverse, yet extremely inclusive platform, very much captured the spirit and the substance of the Framework for Resilient Development.

“The Outcome Statement highlights key areas to develop a more coherent approach to disaster and climate resilience building that contributes to, and is embedded in, sustainable development.

“UNISDR will be an active member of the Pacific Resilience Partnership and work to ensure that the Sendai Framework and its associated Sendai Monitor supports the implementation and review of the regional agenda.”

UNISDR, along with SPC and SPREP, co-organized the two-day joint platform/roundtable, which convened more than 200 government officials and representatives from across the development sector.

A key theme of the two-day meeting was progress made and the challenges that remain in terms of target b) of the Sendai Framework: Reducing the number of people directly affected by disasters. This is the theme of the upcoming International Day for Disaster Reduction on October 13, which this year carries the theme ‘Home Safe Home’.