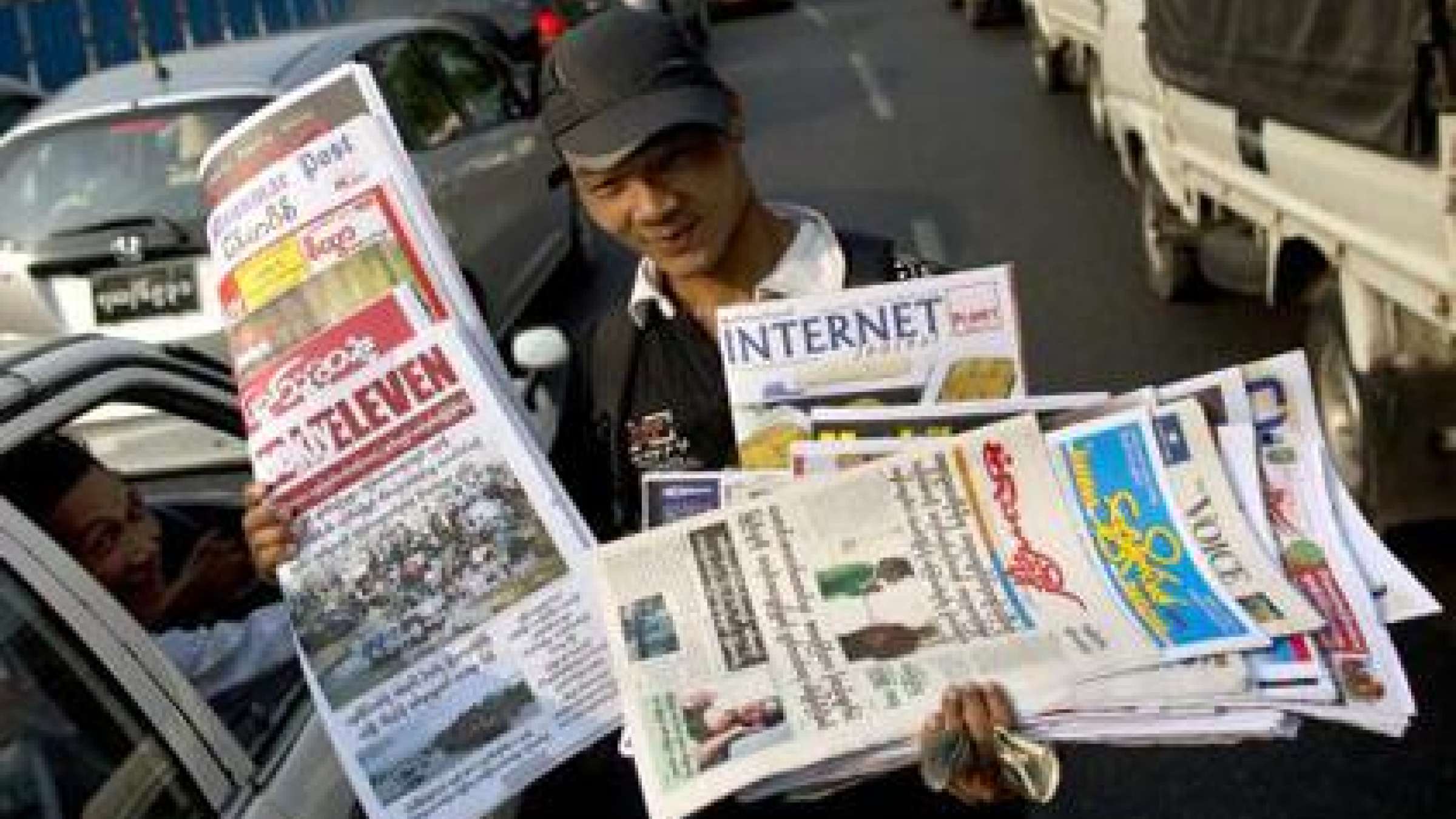 BANGKOK, 10 April 2013 - Five years after Cyclone Nargis claimed over 138,000 lives, the UN Office for Disaster Risk Reduction is joining forces with the media in Myanmar to highlight the lessons learned as the anniversary of the tragedy comes around.

The cyclone which made landfall on May 2, 2008, was the worst such event in the country's history and dramatically exposed the lack of early warning systems and other systemic failings in the country's disaster preparedness.

Sixteen journalists from the country's main print and TV media organisations met in Yangon for two days last week to learn more about the root causes of disasters. And they all committed to writing stories about the changes and challenges of disaster risk management since Cyclone Nargis in a country which suffers from a wide variety of natural hazards including earthquakes, floods and wildfires.

"When Cyclone Nargis hit in 2008, nobody was prepared and even less the reporters. We did not know who to call and how to report on such a devastating event. This seminar has been really useful for us as it answers many questions about why did it happen and what could have been done to reduce its impacts. It gives us some tools to go beyond the mere facts and explain to our different audiences how did it occur," said Aye Sapay Phyu of the Myanmar Times.

Myanmar is increasingly vulnerable to more cyclones and prolonged droughts due to climate change. It is also exposed to earthquakes. The last Shwe Bo earthquake in 2012 Killed 50 people.

"The destruction of mangroves for charcoal was an aggravating factor during Nargis and we did not know about it. Media can play a big role in informing communities and helping them changing the way they do simple daily things such as cooking. If we show them that cutting trees has a bad effect on flood impacts, they may find an alternative way," said Daw Zin Thi Han of the Yangon Times.

"Myanmar has quite a unique situation. When traditional media are struggling for survival in the rest of the world, here, the press is booming and has never been so prosperous. Disaster risk reduction is obviously an interesting area of investigation as it deals with many economic, cultural and political aspects of people's lives," said Ramon R. Tuazon, Communication and Information specialist from UNESCO.

At the seminar, reporters also met with many representatives of the Disaster Risk Reduction Working Group including UNDP, Action Aid, World Vision, Myanmar Red Cross Society, Oxfam, DRC and SEEDS Asia, and made recommendations to improve the quality of the disaster risk reduction media coverage.

Reporters are requesting to be regularly up dated on disaster risk reduction projects and activities in their country and to be informed about the progress made in the implementation of the Hyogo Framework of Action, the ten-year plan of action to reduce disaster impacts on nations and communities.

Over the last two years, UNISDR has partnered with ECHO to provide training on disaster risk reduction to some 70 journalists around the world.