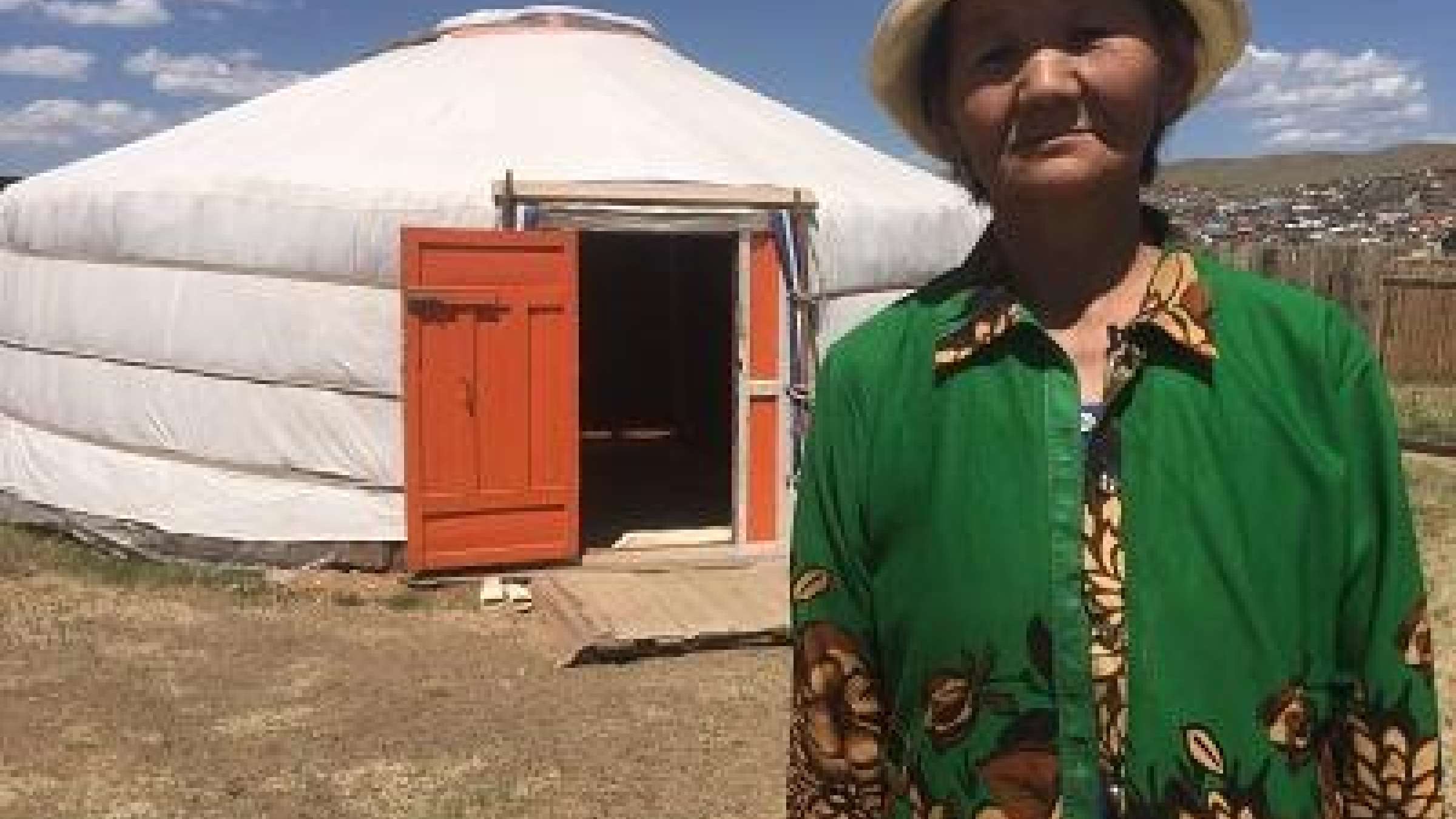 ULAANBAATAR, 1 July, 2018 -  Despite decades of rapid socio-economic development, Asia Pacific remains the most disaster-prone region in the world. In 2017 alone, more than 6,500 people lost their lives following more than 200 disasters that affected 66.7 million people.

Mongolia faces a range of disaster threats including earthquakes, floods, forest fires and drought. One weather-related phenomenon unique to the country is the Dzud, caused by the twin impacts of drought in the summer and severe freezing weather and storms in the winter.  One-third of Mongolia's population depends entirely on pastoral farming and the loss of pasture caused by Dzuds, leads to widespread starvation amongst livestock, devastating the herds and livelihoods of nomadic herders.

On the outskirts of Ulaanbaatar lies the suburb of Tahilt. Over the years this informal settlement has grown to accommodate an expanding population of herder families who, having lost their livestock to successive Dzuds, abandoned their traditional lifestyle and migrated to the capital in search of work.

Since her husband died two years ago, 67-year-old Dorjpagma has been living in Tahilt. Her family were amongst the 157,000 herders affected by the 2016-2017 Dzud when more than 1.1 million livestock were lost.

“I had 300 sheep and goats, 30 horses and 20 head of cattle. Most of them died from starvation and the rest were stolen”, explains Doripagma. “Coming to the city was difficult as everything was so costly. Our traditional life was good compared to now. We used to be independent and lived off produce from our animals like milk, cheese and meat. We also produced cashmere wool from our goats”.

In 2018 Dorjpagma left her home in Zavkhan province and travelled 1,000 kilometres to Ulaanbaatar where she found work as a seamstress. Now she survives off a small pension. In her neighbourhood, she continues to remains vulnerable to the impacts of weather-related hazards. A week ago, heavy summer rains cascaded down from the surrounding hills and flooded her Gher (traditional Mongolian tent).

Having worked for Mongolia’s National Emergency Management Agency for 25 years, Namsrai Dumaa is familiar with the social and economic impacts of Dzuds.

“After Dzuds people come to the cities in search of work but they face a range of challenges. When they leave their homeland they often fall into depression because they lose their independent way of life and have to depend on other people. Sometimes urban people are not so welcoming”.

He has witnessed how climate change is fuelling more extreme weather patterns in Mongolia.

“Today in Mongolia the seasons are different. Winter is getting longer and temperatures are getting much colder. Dzud occurs not only in winter but also in summer when drought means animals don’t get enough nutrition. The local administration is working with herders to help them adapt to the changes in nature and be better prepared for Dzud. Understanding the risks is the first step, then acting on them is the next. For example, taking out livestock insurance is one way for herders to safeguard their livelihood.”

The AMCDRR in Mongolia will provide a platform that brings together a wide range of actors. Government ministers will come together with representatives from UN agencies, NGOs, the private sector and also civil society groups representing women, children and youth and people with disabilities.

“Our aim is to tackle disaster risk by engaging all sectors of society. We want an inclusive approach that brings coherence to disaster risk reduction (DRR) plans and approaches at the regional, national and local levels”, explains Loretta Hieber-Girardet, Chief of UNISDR’s regional office in Asia Pacific.

“Achieving the Sustainable Development Goals is the UN’s top priority, but many of these goals are under threat unless we find ways to reduce disaster losses. The impacts of climate change are driving the frequency and severity of disasters and if we are to reduce mortality levels and the massive financial losses resulting from disasters in the region, its vital that we accelerate action and increase investment in DRR”.

Over the last 50 years the Asia Pacific region has suffered nearly $1.3 trillion in economic losses to disasters. Losses in the region could exceed $160 billion annually by 2030.