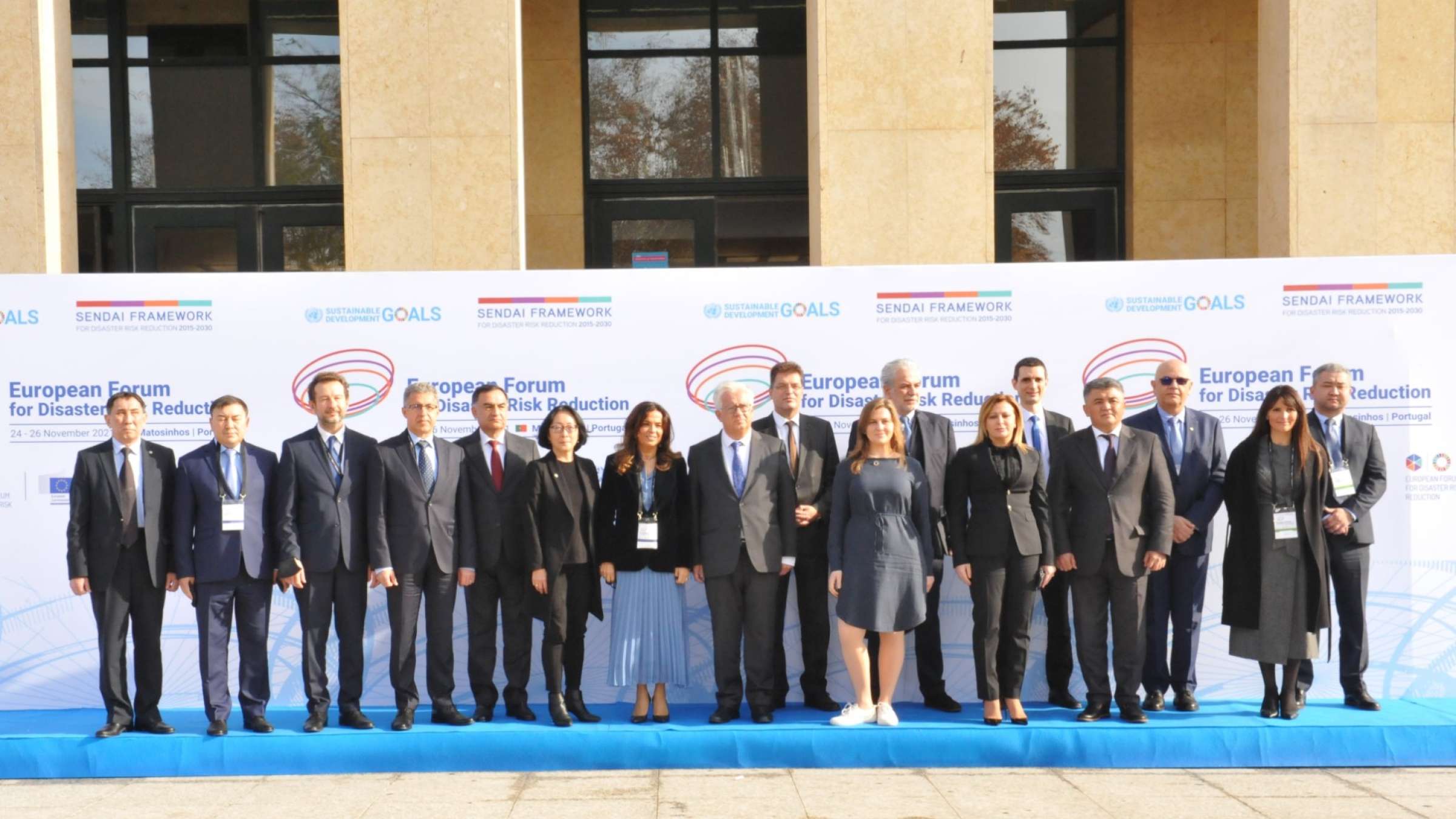 Governments from across the region pledged preventative measures to increase resilience to hazards including disease outbreaks, climate change and threats to critical infrastructure.

Matosinhos – Governments across Europe and Central Asia have backed a roadmap towards preventing future disasters including new pandemics in the face of growing threats from climate change and disease outbreaks.

As Europe witnesses a resurgence of Covid-19 cases after a summer of lethal floods, forest fires, and disaster-induced displacement, ministers from 27 countries endorsed the 2021-2030 plan at the European Forum for Disaster Risk Reduction (EFDRR), hosted by the Government of Portugal and organised by the UN.

“This European Forum for Disaster Risk Reduction comes at an important moment, in the aftermath of COP26 in Glasgow,” said António Guterres, UN Secretary General.

“While Disaster Risk Reduction covers hazards that goes beyond climate, it is clear that the world will live with extreme weather events for generations to come.

“Prevention saves lives – and money. The Covid-19 pandemic, for example, could have been mitigated by an investment of billions instead of a response which is costing trillions.”

The roadmap sets out concrete priorities and actions to reduce disaster risk and losses as part of the Global Agreement on the Sendai Framework for Disaster Risk Reduction. These include strengthening national and local strategies to bolster a range of disaster risk, including pandemic preparedness in light of the lessons learned during the Covid-19 pandemic.

The roadmap also prioritises investment in critical infrastructure to protect against rapidly increasing climate risk, early warning systems to save more lives from disasters and working together to tackle cross border risk.

While demonstrating regional cooperation and solidarity, ministers participating in the Forum also outlined the commitments made at a national level to preventing future disasters.

Host Portugal, in the five years since the devastating wildfires of 2017, in which scores of people lost their lives, emphasised how the Portuguese government and agencies have taken a proactive approach to manage disaster risk, rather than react to disasters after they happen.

Eduardo Cabrita, Minister of Internal Affairs of Portugal, said “We should act at the local level, at the national level, at the European level, and at the global level. This meeting comes at a critical moment in our region which is still impacted by the Covid-19 pandemic and is increasingly affected by climate change.”

“Europe and Central Asia has witnessed a growing number of disruptive events in recent years, from the Covid-19 pandemic to wildfires and flooding, many of which have been exacerbated by the worsening impacts of climate change,” said Mami Mizutori, UN Special Representative of the Secretary General for Disaster Risk Reduction.

“By supporting the EFDRR roadmap, European and Central Asian governments demonstrate their commitment to investing in prevention rather than risk exposure to the mounting costs of climate change and other hazards.”

According to the latest IPCC Report, extreme rainfall and flooding are projected to increase across most parts of Europe with a temperature increase of 1.5C. Under a 3C increase, the economic cost of future climate-related disasters is projected to be 15 times greater than it is today.

Extreme weather events have doubled over the last 20-year period when compared with the previous two decades, and every $1 invested in improving the resilience of critical infrastructure could save up to $4 in reconstruction

The EFDRR Roadmap 2021-2030 supports the Sendai Framework's coordinated implementation for disaster risk reduction as well as the UN’s Sustainable Development Goals, which include climate action, and sustainable cities and communities.