As a small island developing state, Mauritius is highly vulnerable to the adverse impacts of climate change, despite low emissions of its own. Port Louis harbor is exposed to a number of combined risks from sea level rise including storm surge, flooding and more powerful and frequent winds, thereby challenging the resilience of the port infrastructure while at the same time disrupting the supply chain.

After the 2013 flash flood in Port Louis where 11 people lost their lives, the Government of Mauritius recognized the need to establish a permanent disaster management structure, and created the National Disaster Risk Reduction and Management Centre (NDRRMC). The Land Drainage Authority is part of the country’s plan to reduce disaster risk, through the development and implementation of the land drainage master plan for the central and local drainage network. 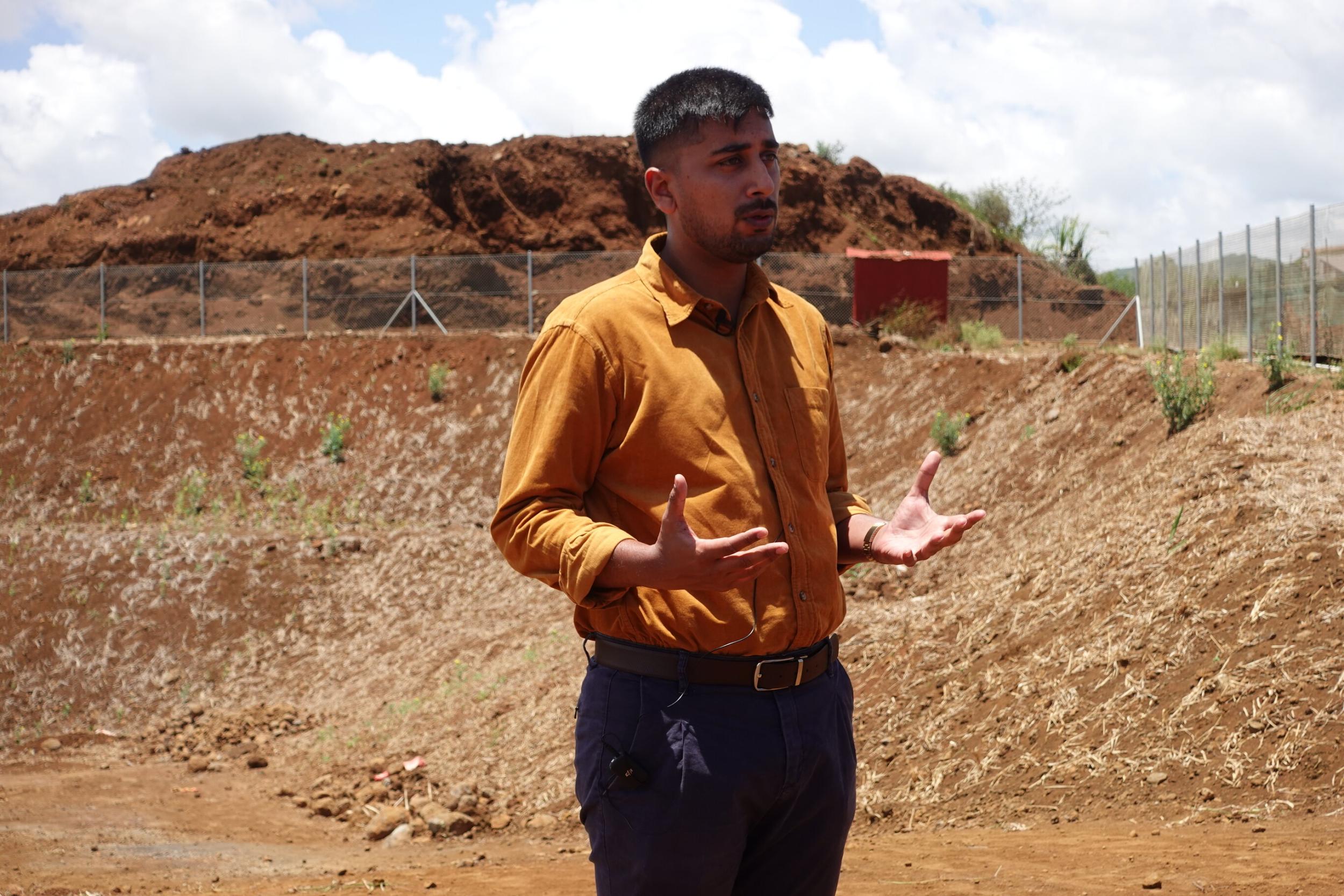 The Land Drainage Authority (LDA) Act was passed in the National Assembly in 2017. Mauritius completed the Land Drainage Master Plan in May 2022, which aims to “ensure the protection of life and property of the citizens and endeavor to minimize havoc and sufferings caused.”

“The idea is to adopt a sustainable urban drain system, and to not only look at flooding as a way to evacuate water as soon as possible to sea, but to contain it and replenish our aquifers” said Akshay Kowlesser, Land Drainage Officer with the Land Drainage Authority.

UNDRR also visited the Doppler Radar Weather Observation Station in Trou Aux Cerfs , operational since 2019 financed by the Government of Japan. The radar has played an important role in providing accurate forecasts during 2022 cyclones that affected Mauritius, notably Batsirai and Emnati.

“We have satellite imagery, but most of the time satellite imagery won’t give you a good overview of where the system is. This is the importance of having a good radar system,” said  Dr. Renganaden Virasami, Acting Deputy Director of the Mauritius Meteorological Service “This radar system donated by the people of Japan is very helpful to give information to the public, about the location of the cyclone and also the associated extreme weather which will prevail, so as to enable disaster managers to make better use and to prevent loss of life and property.”

UNDRR is supporting Mauritius through two projects: South West Indian Ocean Countries Strengthen Early Warning Systems funded by the CREWS Initiative and the Resilience Building and Disaster Response Management in the Indian Ocean (RDRM-IO) programme UNDRR component, which is co-funded by the European Union (EU) in partnership with the Indian Ocean Commission (IOC). For the CREWS project, UNDRR held a regional training workshop on measuring the effectiveness of multi-hazard early warning systems in the Indian Ocean from 3-4 November 2022 in Mauritius. Participants included DRR, meteorological, and hydrological experts. While the RDRM-IO project is supporting the islands of Comoros, Madagascar, Mauritius, and Seychelles to assess and develop national policies and regulatory framework on DRR. Mauritius has made much progress and has committed to achieving the Sendai Framework goals by developing the National Disaster Risk Reduction and Management Policy, Strategic Framework and Action plan 2020-2030. Charting the DRR actions to be taken for the next 10 years.