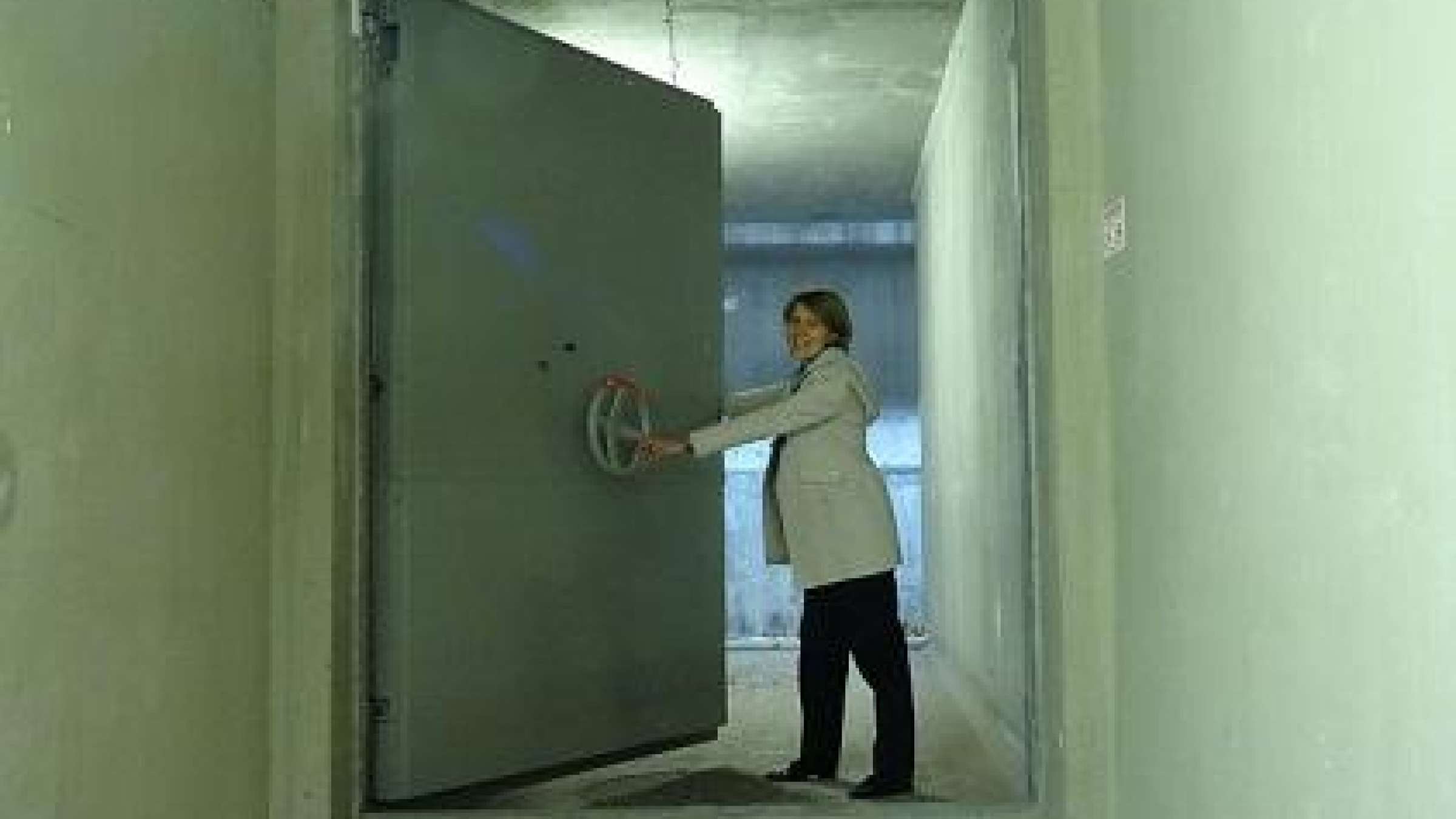 PARIS, 10 December 2015 – Home to the Mona Lisa, the Venus de Milo and other priceless masterpieces, the world-famous Louvre Museum is all too aware of the need to fend off natural hazards.

As negotiators at the COP21 summit in Paris fine-tune an international agreement on curbing climate change and mitigating its impact, the team at the museum are busy working to reduce risk.

A vast complex of historic buildings and modern architecture, the Louvre sits on the bank of the River Seine. That setting in the heart of the French capital is picturesque, but it also raises the spectre of flooding.

“Because of its location, the Louvre Museum is in danger. We’re completely surrounded by water,” said Ms. Sophie Lemonnier, the museum’s architectural, museography and technical director.

The scale of the challenge is underlined by the size of the Louvre: the equivalent of 35 football fields, with 14 kilometres of corridors and exhibition halls, home to 460,000 works, and drawing nine million visitors a year.

Parisian history has long been marked by flooding, most notably in January 1910. Reaching record levels, the Seine’s waters did not subside for three weeks, causing chaos.

The river poses the most visible threat to the Louvre, but heavy rain could also cause rapid water table rises and backwash from the sewers.

“The risks to our cultural heritage are quite frightening. That’s precisely why we’ve been working to reduce this vulnerability and are continuing to do so,” said Ms. Lemonnier.

Protecting cultural heritage is a focus of the Sendai Framework for Disaster Risk Reduction, a wide-ranging agreement adopted in March this year and which seeks to lower global disaster mortality, the number of people affected, and economic losses.

The Louvre began as a 12th Century bastion, and was a royal residence until King Louis XIV moved his court to Versailles in the 17th Century.

It escaped damage in 1910. But major architectural changes in the past three decades have meant digging down to gain space – a process starting with the construction of its landmark glass pyramid in the 1980s and capped by the 2012 opening of a new Islamic art gallery. Behind the scenes, 70 percent of the site's storage areas are also in flood-risk zones.

In addition to the sewers, there are multiple potential flood hotspots in the Louvre’s lower levels, including ventilation grids and emergency exits.

The Louvre launched its flood prevention strategy in 2002, and has been strengthening ever since.

On top of traditional methods such as coffer dams – walls of planks that block doorways and other potential entry points for water – the underground spaces boast heavy metal doors and concrete channels tucked out of sight behind the exhibition spaces.

A 15-million-euro project is also underway to build pumping stations around the Louvre to divert flood waters away from the site.

Holding back the water is just one part of the strategy. Having a back-up option in case the defences fail is the other.

If the Seine edges to the maximum alert level, the museum’s team know that they will have a window of just 72 hours.
In a crisis, key works would be transported to a special 20,000 square-metre warehouse being built at a cost of 60 million euros in Liévin, near the Louvre-Lens branch of the museum in northern France.

“We will need to prioritise what to transport. Our only other choice here is to move artworks up to higher floors,” said Ms. Lemonnier.

The key players in the plan are the museum’s staff. The Louvre employs 2,100 people, of whom 500 are part of the specially-trained volunteer flood protection squads. It is not possible to deploy outsiders to move artworks, for insurance reasons.

The squads, who are divided into six groups, conducted a major exercise in 2014 and continue to drill regularly.

Captain Sébastien Stempfel is in charge of the museum’s 52-member fire-fighting and emergency service.

“We constantly monitor the water levels, based on national warning data. There are four levels of alert: green, yellow, orange and red. When the orange alert goes out, we close the water-tight doors. At red level, the volunteers come in,” he said.

Captain Stempfel’s unit has kept a nervous eye on the Seine over the past two years – the yellow alert was in force for four days in March.