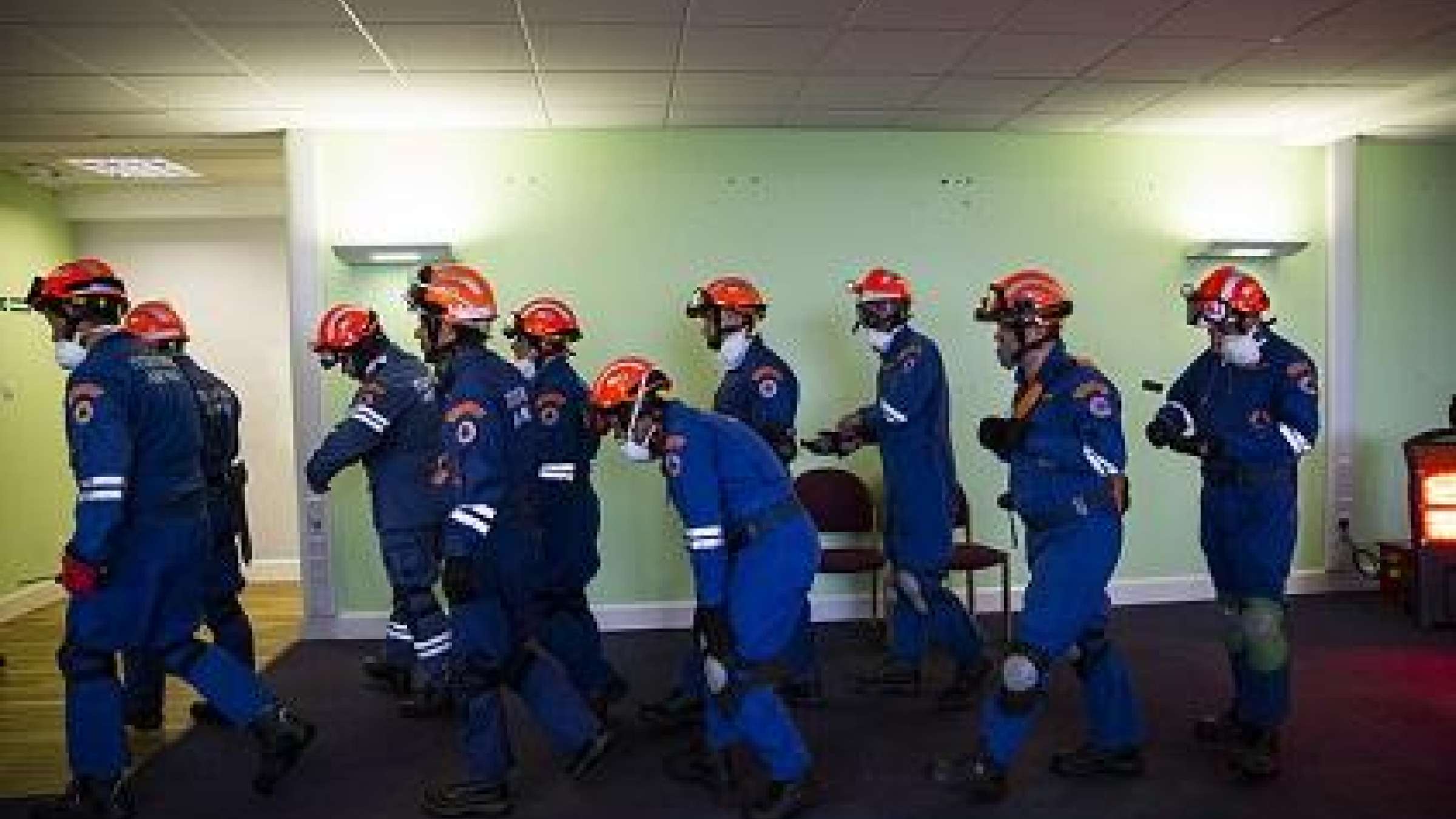 European countries are determined to link efforts to reduce disaster risk to the drive for sustainable development and the struggle against climate change (Photo: European Commission)

HELSINKI, 4 October 2016 – Efforts to curb the threats posed by natural and man-made hazards need to be tied tightly with sustainable development and climate change adaptation, according to participants at Europe’s top disaster risk reduction forum.

The European Forum for Disaster Risk Reduction, which groups 30 countries from within the European Union and beyond, is focusing its annual meeting on how to ensure a coherent approach to implementing a string of global agreements.

Since 2015, the international community has been laying the foundations for the next 15 years of global development.

The Sendai Framework for Disaster Risk Reduction, a wide-ranging blueprint for bringing down disaster fatalities, the number of affected people and economic damage, was the first agreement in the process, adopted in March 2015.

It was followed by the Addis Ababa Action Agenda on financing for development, the Sustainable Development Goals (SGDs) and the Paris Agreement on climate change. And 2016 has seen the World Humanitarian Summit declaration on reshaping relief aid in a crisis-riven world, and the New Urban Agenda on housing and sustainable urban development, due for approval at this month’s Habitat III conference.

The sheer number of agreements has created challenges when it comes to understanding and implementing them. International organisations, national and local governments, and other bodies aim to ensure that progress is even.

“We have to show that disaster risk reduction is at the same level as the SDGs and climate change adaptation,” said Mr. Taito Vainio, a senior adviser at the Interior Ministry of Finland, which currently chairs the European Forum.

Focusing policymakers' minds is the fact that, over the past two decades, climate-related events such as floods, storms, heatwaves and drought have accounted for 90 percent of major disasters, and that the frequency and intensity of such hazards is increasing in the face of climate change.

The three-day meeting in the Finnish capital Helsinki comes four months after the European Commission adopted a plan to implement the Sendai Framework. It aims to raise risk knowledge, ensure that risk reduction involves all members of society, promote risk-proofed investments, and develop risk management strategies.

Speaking on the European Forum’s opening day, Monday, Mr. Robert Glasser, the UN’s Special Representative of the Secretary-General for Disaster Risk Reduction and head of UNISDR, said such plans were the key to success across the board.

“The European Commission action plan emphasises that translating the Sendai Framework into tangible actions should be done in coherence with other 2015 and 2016 international agreements and processes, including the 2030 Agenda for Sustainable Development and the Paris Agreement on climate change,” he said.

Similar processes are underway within pan-European bodies such as the Council of Europe, including one focused on migration and disaster risk reduction, as well as in sub-regional bodies including the Council of Baltic Sea States.

At its 2015 meeting, the European Forum adopted a roadmap developed under the leadership of the Netherlands that focuses its Sendai Framework efforts on climate change, the environment, the private sector, health, and persons with disabilities, all at national and local levels. It is now setting concrete targets.

“I know that the region is already making positive progress on integrating disaster risk reduction and climate change adaptation at the local level as well,” noted Mr. Glasser. There are over 650 European communities in UNISDR’s flagship Making Cities Resilient network, a twentyfold rise from 2010.

Governments around Europe are currently assessing how much of existing policy and practice tallies with the aims of the Sendai Framework and the other agreements. That feeds into global discussions on common Sendai Framework indicators, a new round of which takes place next month.

“We’ve been working in the Netherlands for about 10 years based on the concepts in the Sendai Framework,” said Mr. Corsmas Goemans, senior policy adviser at the Ministry of Security and Justice. “When you have a strategy in your country based on an all-hazard, all-of-society approach, then you can cope better.”

France, meanwhile, is revising its existing climate change strategy to link in the Sendai Framework. “It’s at the intersection of disaster risk reduction and climate change adaption,” said Ms. Marie-Pierre Meganck, head of unit at the Ministry of the Environment, Energy and Sea.