Japan calls for “adaptive recovery” in response to climate crisis 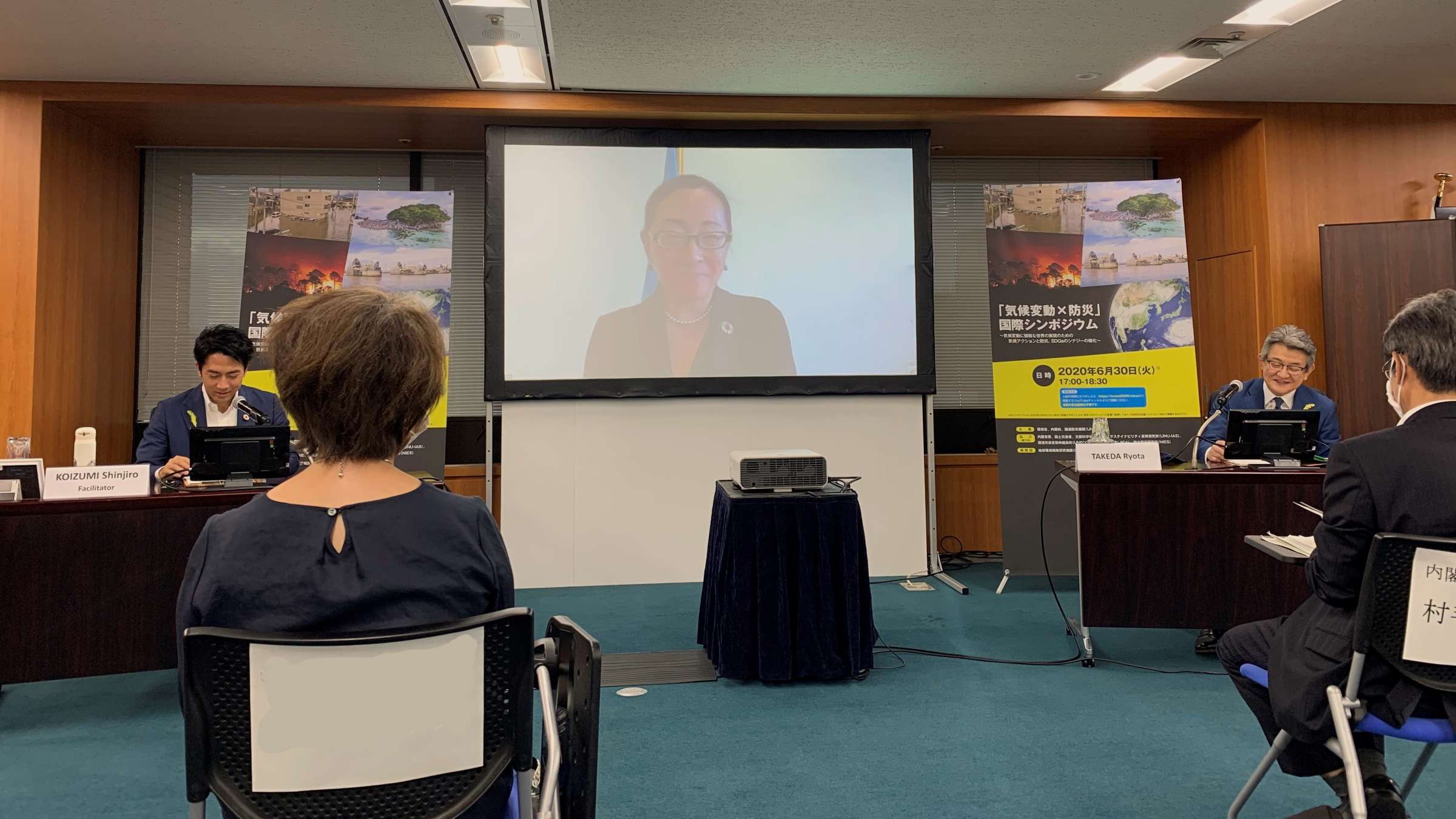 TOKYO – Following Japan’s declaration in June that climate change is a “climate crisis,” Japan’s Minister of the Environment, Mr. Shinjiro Koizumi, and the Minister of State for Disaster Management, Mr. Ryota Takeda, announced a new joined-up approach to preventing disasters and building resilience. This approach aims to break down silos between the two agencies to jointly address the growing threat of climate-induced disaster risks and support “adaptive recovery,” which are beyond the capabilities of any single agency.

Few countries around the world have been impacted by disasters as much as Japan. Throughout its history, consecutive disasters have helped shape the country’s approach to dealing with disasters which is captured by the Japanese term “bousai,” meaning disaster prevention.

While still reeling from the COVID-19 pandemic, Japan has been dealing over the last few days with severe floods in the southern part of the country. Triggered by record-breaking torrential rains, the floods have resulted in at least 70 deaths and forced about 1.3 million residents to evacuate.

Japan hopes to minimize the occurrence of such climate-induced disasters and simultaneous disasters by strengthening the integration of its disaster risk reduction and climate action policies. The Joint Statement published on 30 June by Minister of the Environment and the Minister of State for Disaster Management is a first step to achieving this integration.

The Joint Statement was announced at an international symposium on “Climate Action and Disaster Risk Reduction” that was organized by Japan’s Ministry of the Environment, the Cabinet Office of Japan, and the United Nations Office for Disaster Risk Reduction (UNDRR) Office in Japan. More than 3,500 people watched the livestream of the international symposium.

In addition to committing to joint action, the statement promotes the adoption of “adaptive recovery” as a means to skilfully deal with disasters and break from the status quo towards building more resilient communities. The principle of “adaptive recovery” is an extension of Japan’s tradition of promoting “Build Back Better,” which views disaster recovery as an opportunity to reduce or eliminate existing disaster risks.

UNDRR views the integration of disaster risk management into climate and development policies as essential to ensuring that the goals of the 2030 Agenda can be achieved. This is especially relevant considering that climate change is causing an increase in the intensity and frequency of climate-related disasters.

This was a point that was emphasized by Ms. Mami Mizutori who serves as the Special Representative of the UN Secretary-General for Disaster Risk Reduction, and the head of UNDRR, and who was invited to the symposium as the keynote speaker as well as to have a dialogue with the two ministers.

“Ninety percent of global disasters are caused by extreme weather events. If we are unable to reduce the disaster risk of these climate-related events, then we will not able to achieve the sustainable development goals which we have committed to realizing by the year 2030,” said Ms. Mizutori.

While the COVID-19 crisis has been a potent reminder of the impact of large scale sudden-onset disasters, action around the climate crisis has been slower due to its incremental impact.

Acknowledging this fact, Environment Minister Mr. Shinjiro Koizumi noted that the Joint Statement highlighted climate change to be a “climate crisis,” which is a new step for Japan and a recognition of the threat it poses, not just to Japan, but to the world as well.

“We often focus on disaster response, which is important, but we must revisit the fundamentals of why we are seeing more extreme weather in Japan. Global warming is at the root of this issue; thus, we must combine disaster risk reduction and climate action to protect mankind from disasters.”

The declaration of a climate crisis and the Joint Statement was welcomed by Ms. Mizutori who noted that the cross-ministerial efforts are critical to break silos and that countries must seek to prevent climate-induced disasters by taking pre-emptive actions:

“Post-disaster responses are not enough. They would be too late because we can’t recover lives and livelihoods lost, thus we must reduce disaster risks. It is clear that climate change adaptation and mitigation, DRR, and sustainable development cannot be achieved if they are implemented separately, or in an unintegrated manner. They need to be implemented in a trinity.”

A video recording of the symposium can be accessed here: