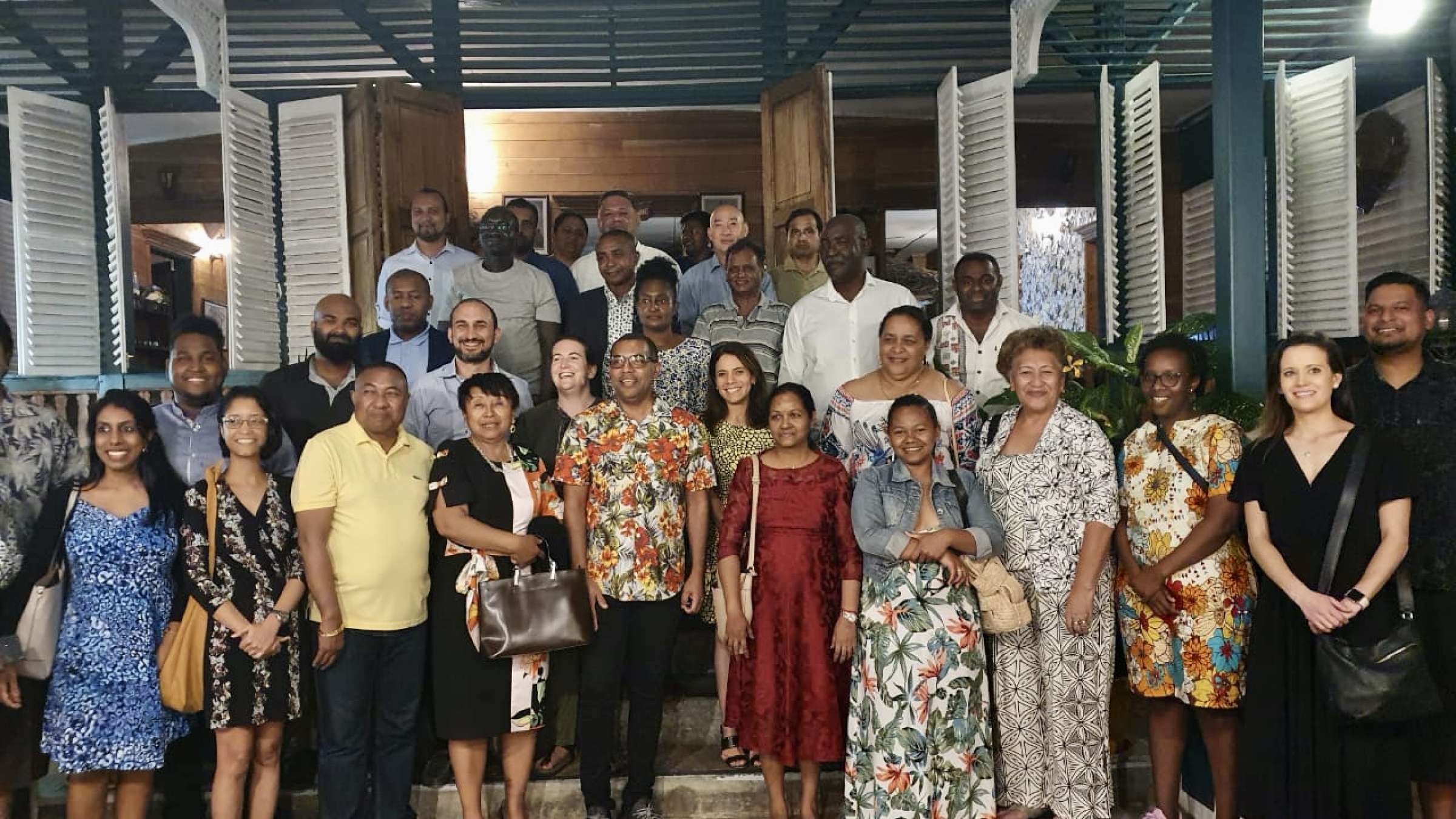 Island states across the world face similar climate risks due to their isolation and exposure.

But because they are so far apart, they don’t often get to learn from or work with each other on resilience strategies. A workshop held last week in Victoria, Seychelles hoped to change that.

The “Enhancing Climate Resilience through Disaster Law in Island States” workshop organized by the International Federation of Red Cross and Red Crescent Societies, with the support of PIROI (French Red Cross Indian Ocean Regional Intervention Platform), for the first time provided a forum for island states from the Caribbean, African island states of the Indian Ocean and Asia Pacific island states to discuss how developing disaster risk management frameworks can enhance resilience and make sure no one is left behind during a disaster.

More frequent and intense  droughts, floods and heatwaves in island states will increase the risk of food insecurity, vulnerability and social-economic inequities in coming years. To address this, a well-functioning disaster risk management (DRM) system requires a strong legal basis to ensure that responsibilities are clear, certain activities are prioritized, and resources and coordination can be assigned most efficiently.

As key partners, UNDRR, in a panel discussion highlighting the role of organisations in supporting states legal preparedness for climate risk, detailed its focus on enhance coherence of DRR and CCA. The panel discussion offered some insights on how UNDRR can better highlight the needs of island states at COP 27 and other global events.

“This was the perfect opportunity for us to bring island states together from different regions, so we can showcase what they’ve been doing in building legislative frameworks for disaster risk reduction and climate change adaptation (CCA), and how it’s been helpful,” Stella Ngugi, IFRC Disaster Law Coordinator Africa Region, said. “If it’s just island states talking about their problems, they feel seen and heard. Having organizations like UNDRR and the African Union being there also enhances  visibility.”

“We are faced with some of the same challenges as our colleagues here,” she said. “We are vulnerable to tropical storms, hurricanes, and flooding. This opportunity is a good one for me in terms of learning from my colleagues from the Indian Ocean, from Asia Pacific, Africa and so on.”

Saint Vincent and the Grenadines has disaster legislation in place, as well as a National Disaster Response Plan. But when the Soufrière volcano erupted in 2021 and about 16,000 people were evacuated, it became clear that the plan needed updating. Evacuation and shelters were a big issue during the eruption, especially finding long-term shelters for elderly people, pregnant people, and other vulnerable groups.

Peters said the workshop was helpful in learning what to revise and how.

“This workshop is very timely, and it provided this opportunity for the exchange of information,” she said. “And it was really good to hear the experience of others and to learn from it.”

While Seychelles is trying now to conduct a mapping of people with limited mobility for evacuation plans, which it did not have before. Seychelles has had a Disaster Risk Management Act in place since 2014, the political authority to operationalize it was granted only recently.

He agreed that most island states face similar climate issues, such as flooding and landslides, so he was happy to hear from nations in the Caribbean that have dealt with the brunt of many of these issues.

“We all have our specificities and within the island nation region we are lucky,” Ernesta said. “The week has got us thinking about the way forward in terms of having legislation.”

A central question during the conference was how island states’ concerns would be addressed at COP27. Representatives from the Pacific Island Forum Secretariat, the South Asian Association for Regional Cooperation, African Union Commission and the Regional Intervention Platform for the Indian Ocean detailed how they planned to engage and contribute to the issues persistently being raised by island states. The Pacific Island forum mentioned that they have developed a legal framework on sea level rise. All island states in the room said that sea level rise is a problem that comes up during COP year after year, and every island state could use the tool the Pacific Island forum has developed to advocate to national governments the need to have a unified method when they reach the  COP in November. The discussion has also highlighted the need to bring DRR and CCA practitioners closer together to advocate for increasing investments in island states to tackle the climate crisis. UNDRR concluded saying that more than ever before there is a need to have a “think resilience” approach to bring institutional, legal and financial coherence between DRR and CCA closer.