IPU President calls for a success in Sendai 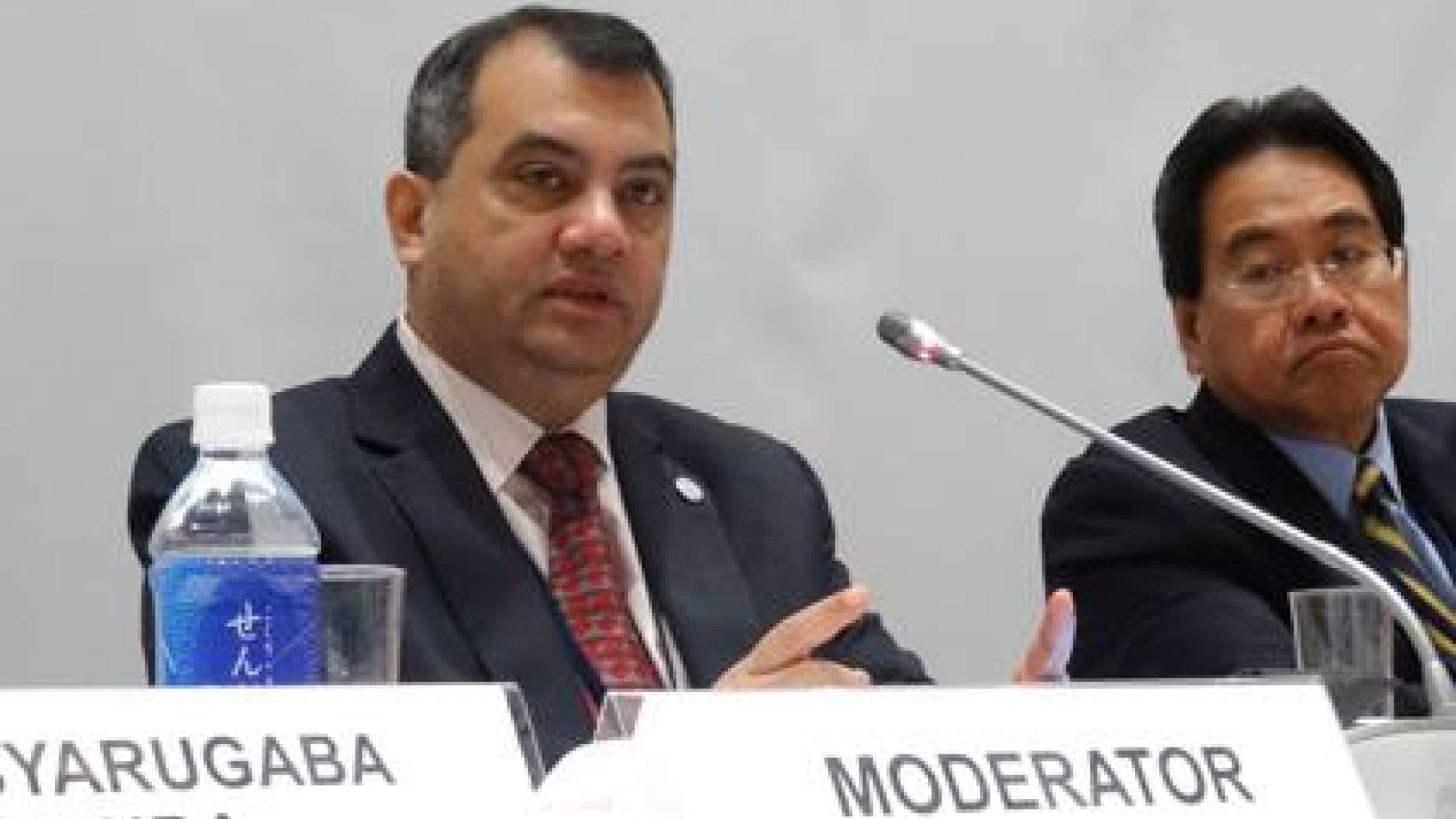 The President of the Inter-Parliamentary Union, Mr. Saber Chowdhury, speaking at a meeting of parliamentarians in Sendai. (Photo: UNISDR)

SENDAI, 13 March 2015 – The President of the Inter-Parliamentary Union (IPU) today emphasized the importance of “a good start here in Sendai” as the world gears up for what he called “the year for sustainable development”.

Mr Saber Hossain Chowdhury issued a rallying call to the thousands of policymakers and practitioners preparing for tomorrow’s opening of the Third UN World Conference on Disaster Risk Reduction: “We need success at Sendai, just as we need success for the Sustainable Development Goals (SDGs) and on climate change later in the year.”

The long-standing advocate for disaster risk reduction, who is also a UNISDR Champion, highlighted the key role of parliamentarians in addressing the escalation of disaster losses and strengthening local and national resilience.

The IPU President welcomed the focus on local capacity at the World Conference: “Local government is absolutely critical. Parliamentarians have an important role, including helping to increase the allocation of resources to the local level.”

He also praised the long-standing partnership between parliamentarians and UNISDR citing how the two had co-developed practical tools that were being used by legislators to strengthen disaster resilience at local and national level.

Mr Chowdhury, who was elected IPU President in October 2014, was speaking at a session of parliamentarians entitled ‘Strengthening Governance for Disaster Risk Reduction’ at the Sendai International Centre, the venue for the World Conference.

The session was opened by Mr Shunichi Suzuki, member of the Japanese Diet, who welcomed his fellow parliamentarians from around the world by saying it was important not to forget the lessons of the past. “We want to transmit what we have learned to the next generation in order that we build back better,” Mr Suzuki said.

In 2014, the 130th IPU Assembly adopted a landmark resolution which recognizes the importance of disaster risk reduction to the work of parliamentarians worldwide.

The resolution, titled “Towards risk-resilient development: taking into consideration demographic trends and natural constraints” appeals to all governments “to improve and enhance their mechanisms for disaster risk reduction and ensure that development policy and strategies build the disaster risk resilience of their people and the economy”.