Indonesian president fears that disasters could push millions into poverty 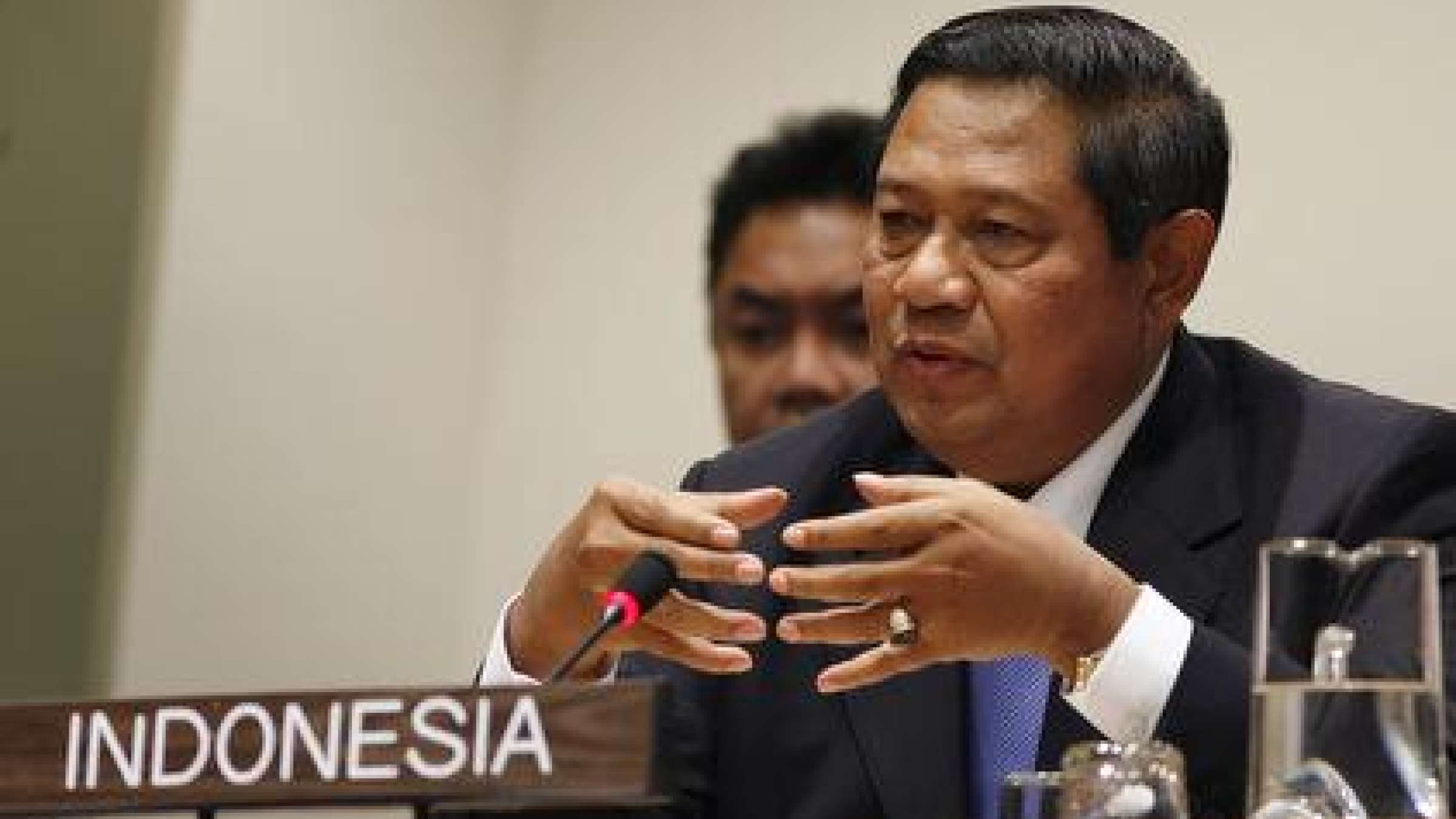 YOGYAKARTA, 23 October 2012 - The President of Indonesia, Dr. Susilo Bambang Yudhoyono, said today that the UN High-Level Panel of Eminent Persons on the Post-2015 Development Agenda which met last month for the first time, shares the view that "natural disasters and other crises could push millions of people back into poverty."

Speaking at the opening of the 5th Asian Ministerial Conference on Disaster Risk Reduction, President Yudhoyono, who co-chairs the UN High-Level Panel with President Ellen Johnson-Sirleaf of Liberia and Prime Minister David Cameron of the UK, said: "I am glad that there was a common view in the Panel during the first meeting on the importance of factoring in natural disasters in the development agenda.

Held every two years the Asian Ministerial Conference on Disaster Risk Reduction is co-hosted by the Government of Indonesia's National Disaster Management Agency (BNPB) and the UN Office for Disaster Risk Reduction (UNISDR) and has attracted a record attendance of 2,600 participants from 72 countries, including 25 Government Ministers. The Conference opens today and runs until October 25.

President Yudhoyono, who is also the first UNISDR Global Champion for Disaster Risk Reduction, said that Indonesia was committed "to ensure that the post-2015 development agenda takes into account the natural disaster dimension."

The ten-year agreement runs out in 2015 and President Yudhoyono said: "I am glad to learn that the consultative process towards post-2015 Hyogo is on the way. In this regard, I hope this Conference could also contribute to this process, and to the post-2015 disaster risk reduction agenda."