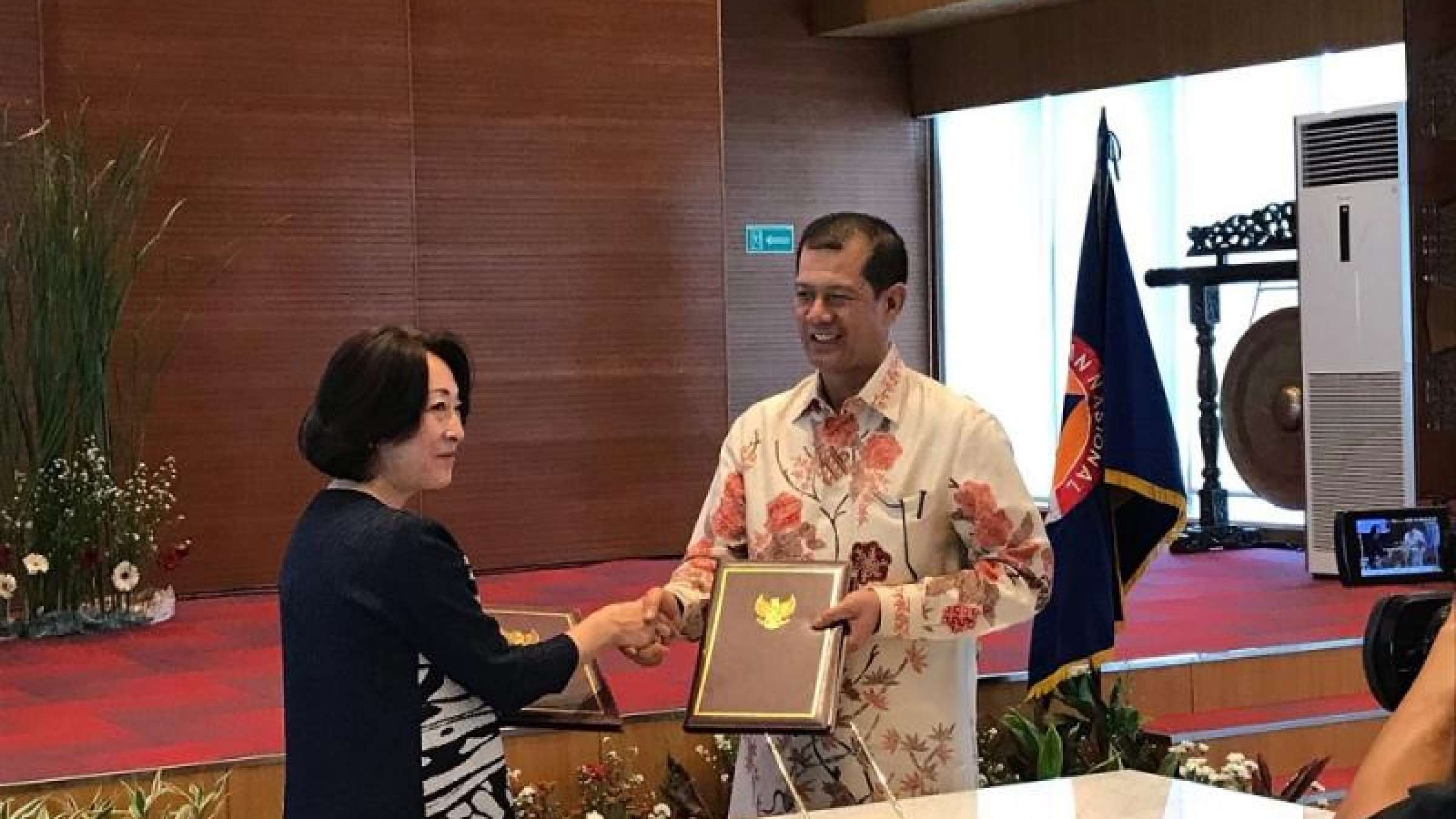 Mami Mizutori, head of UNDRR and Lieutenant General Doni Monardo at the official signing of the Joint Declaration

JAKARTA, 29 May 2019 – Following the deaths or disappearances of over 4,600 people last year in 2,426 recorded disaster events, Indonesia is stepping up efforts to improve disaster risk management.  Indonesia straddles the so-called “Ring of Fire” in the Pacific Ocean making it vulnerable to earthquakes, tsunamis and volcanic eruptions.

The country's National Agency for Disaster Management (BNPB) today signed an agreement with the UN Office for Disaster Risk Reduction (UNDRR) intended to strengthen its overall disaster risk management in order to reduce loss of life and economic losses from future events.

“UNDRR is committed to doing what it can to support you every step of the way, and this Joint Declaration we are signing today is a manifestation of this commitment,” said Ms. Mami Mizutori, Special Representative of the UN Secretary-General (SRSG) and Head of UNDRR, who travelled to Jakarta for the occasion.

The Joint Declaration covers capacity building to support the development of national and local strategies for disaster risk reduction, advancing research, science and technology, as well as jointly promoting regional and international cooperation. These are all key to the successful implementation of the global plan to reduce disaster losses, the Sendai Framework for Disaster Risk Reduction 2015-2030.

“We learned from the earthquake, tsunami and liquefaction disasters that occurred in 2018 that disaster preparedness alone is not enough. We need to approach this comprehensively from the aspects of spatial planning, environmental aspects, and aspects of infrastructure,” said Lieutenant General Doni Monardo, Head of BPNP who signed the declaration on behalf of the Government of the Republic of Indonesia.

The signing occurred on the occasion of a national Consultative Workshop on Strengthening Disaster Risk Reduction and Early Warning in Indonesia which is part of Indonesia’s plan to mainstream disaster risk management into national development policies over the next 5 to 25 years.

With the participation of various Indonesian ministries and UN agencies, the workshop reviewed the growing and emerging disaster risks in Indonesia and the ongoing and planned efforts to address them. Participants shared lessons from recent disasters, in particular, the Palu-Donggala earthquake and tsunami, and how those lessons will be applied to improving Indonesia’s end-to-end multi-hazard early warning systems.  A key focus will be on improving early warnings, early action and self-evacuation at the local level.