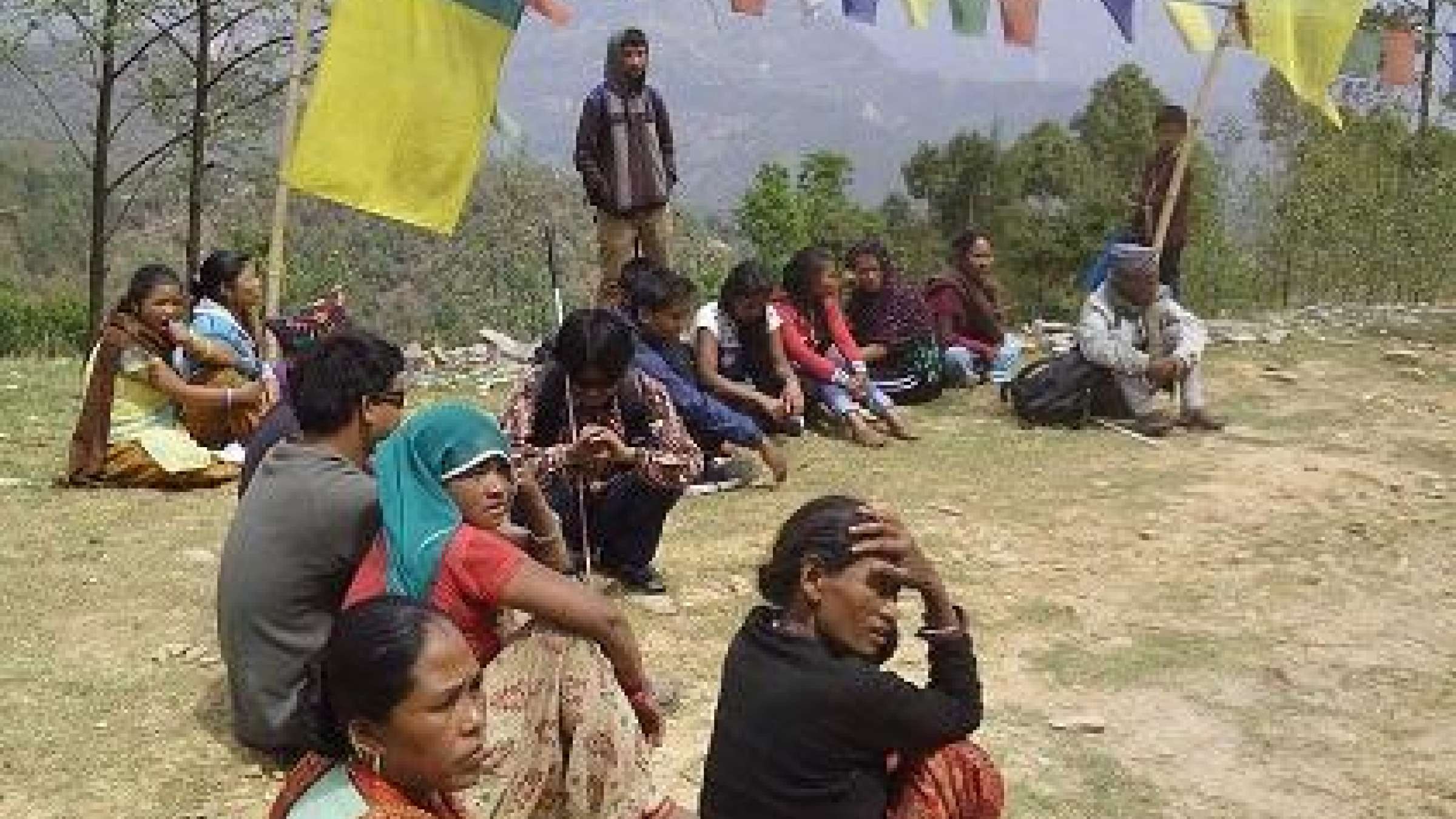 NEW YORK, 27 May 2016 – Indigenous peoples have spotlighted the need to take their concerns into account when it comes to reducing disaster risk, notably for members of their communities with disabilities.

The devastating wildfires in Canada and the earthquakes that have shaken Ecuador are just the latest reminders of how hazards affect indigenous peoples and also of their role in preparing for, preventing and responding to disasters.

The two-week UN Permanent Forum on Indigenous Issues, which wrapped up last Friday, enabled governments and civil society representatives to explore the issues.

Ms. Pratima Gurung, a representative of the Indigenous Persons with Disabilities Global Network and National Indigenous Disabled Women’s Association Nepal, drew attention to the slow process of recovery and reconstruction over a year after the 7.8-magnitude earthquake in her country.

She reminded the Forum of the many people left disabled by the earthquake and said that the situation of indigenous peoples with disabilities, particularly women and girls, remains disastrous.

Globally, she said, there are 54 million indigenous persons with disabilities.

Though statistics on indigenous peoples or on persons with disabilities are not yet systematically collected in most countries, organizations such as Handicap International reported that after the 2004 Indian Ocean Tsunami, the number of persons with disabilities increased by an estimated 20%, while the Haiti earthquake in 2010 resulted in between 4,000 and 6,000 amputations.

Risk reduction and post-disaster reconstruction, rehabilitation and reintegration should be based on “respecting cultural sensitivity and free prior informed consent” of indigenous peoples, she underlined.

The 15-year Sendai Framework has a highly-inclusive approach, and puts a focus on persons with disabilities, women and indigenous peoples, aiming to ensure that no-one is left behind, especially in the recovery process.

It identifies opportunities for official cooperation with indigenous peoples, including through the use of traditional knowledge in disaster risk assessment and in the development and implementation of policies – the theme of last year’s edition of International Day for Disaster Reduction.

It also gives particular attention to the importance of indigenous knowledge for early warning. Examples of that abounded at the Forum.

In the Arctic, for instance, indigenous peoples are part of community-based networks that monitor ship and small vessel traffic in ports for signs that any may need emergency assistance.

They also track environmental changes such as ice-melt and animal migration patterns.  In the Arctic, thawing of the permafrost can spell disaster locally, but it could have even farther-reaching effects since the resulting methane emissions are more dangerous for the global climate than carbon dioxide.

For many indigenous communities, a multi-hazard approach is essential – precisely the message of the Sendai Framework. The Forum heard in grave detail, for instance, the ongoing epidemic of suicide among indigenous youth, a rate five to six times higher than their non-indigenous counterparts.

Ms. Betty Lyon, President of the American Indian Law Alliance, also described to the Forum the impacts of man-made hazards, such as the contamination of sacred waters that are a source of life for indigenous and non-indigenous peoples alike.

“Where data on indigenous people is collected — including data on women, youth and persons with disabilities — governments are better equipped to track progress towards disaster risk reduction targets, understand how disaster risk affects indigenous communities and, strengthen partnerships for cooperation,” he said.

The Sendai Framework also aims at reduced losses in cultural and environmental assets. Its provisions, together with national plans to implement the UN Declaration for the Rights of Indigenous Peoples agreed in 2007, could launch a new generation of resilience-building in cooperation with indigenous peoples.