If you ask us for ideas, act on them - Youth call out UN, world leaders on climate action 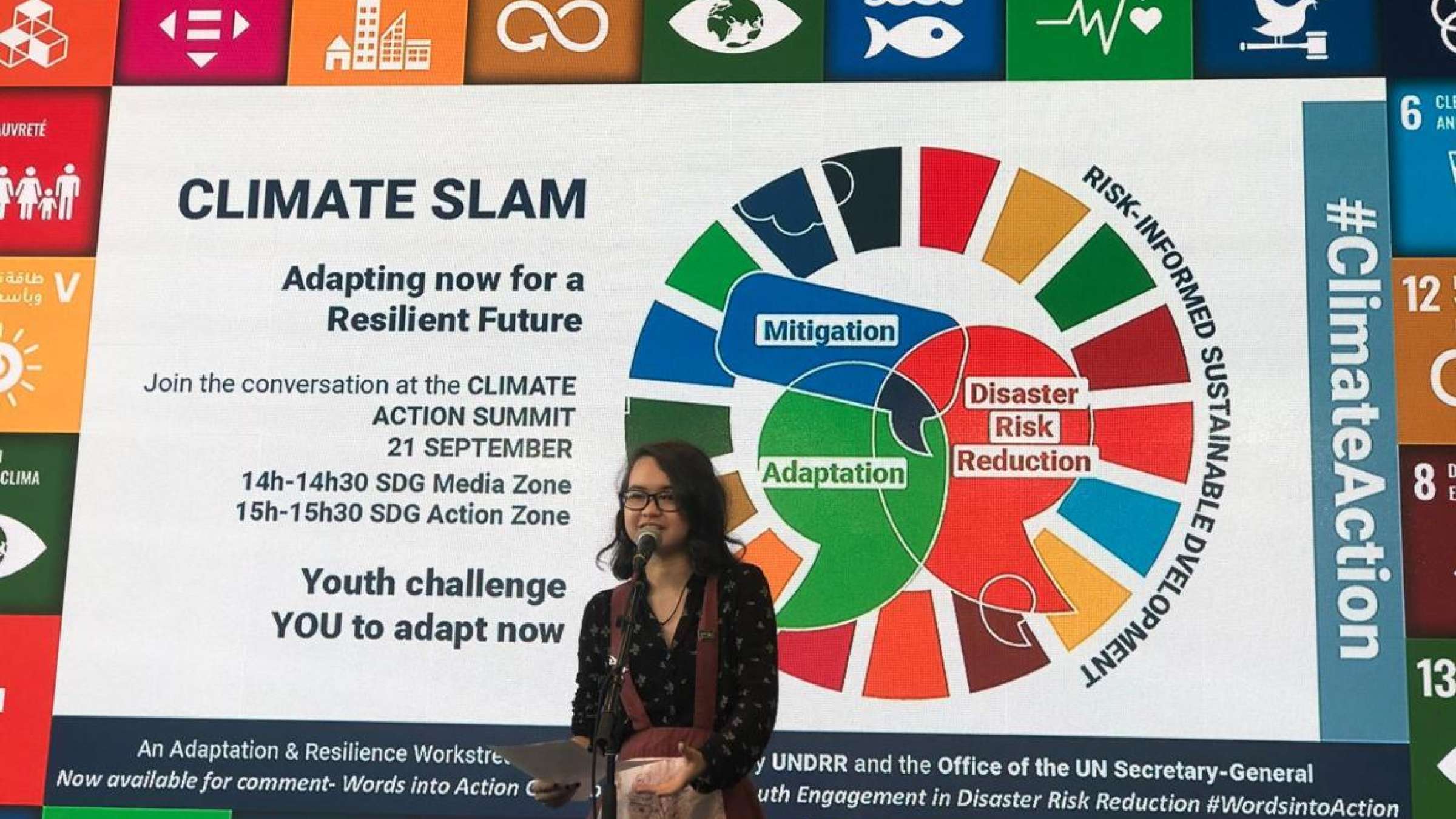 22 September 2019, New York – Passion and urgency may not be two of the most common words associated with events at the United Nations headquarters in New York but that is certainly what delegates and speakers brought when they convened at the Youth Climate Summit.

A day after millions of young people globally marched and rallied for urgent climate action, young leaders brought their message to the ministers and leaders, both at the dedicated youth event and later, at the Climate Action Summit.

Speaking at the opening of the Adaptation and Resilience track, Marwa Elmenshawy, a representative from Egypt, summed up the events of the previous day and spoke strongly about the need for sincerity.

“Don’t invite us in once a year. Keep us engaged. Allow us to challenge you. If you ask us to work together, the UN should lead by example. We are being asked to change our habits, our lifestyles and our privileges. However, you’ll need to change yours too.

“If you ask us to give you ideas, you should act on them. The youth are rising for climate action, so what have you done to save their future?” said Ms Elmenshawy.

While adaptation and resilience were the centre of the day, many of the speakers acknowledged the important role of disaster risk reduction in protecting development gains and future-proofing climate action.

The Summit—the first time the UN has convened a summit for young people completely devoted to climate action — gives voice to the demands of young people to take far swifter action to reduce the emissions that, without action, are on track to reverse the development gains of the recent decades that have improved the lives of millions of people.

Hosted by United Nations Secretary-General António Guterres, the Youth Climate Action Summit brought youth climate champions together from more than 140 countries and territories to a platform to share their solutions on the global stage, and deliver a clear message to world leaders: we need to act now to address climate change. The outcomes of the Youth Climate Summit will feed into the Climate Action Summit, which will be attended by heads of state and government as well as business CEOs and civil society leaders.

The two-day event featured a range of lively events focused firmly on action and ideas. At the Climate Slam, a poet, a film-maker and other youth actors brought their challenges to the public in a rapid-fire dialogue.

“When I left Guyana to come here,” said Rashulata St Louis, an engagement specialist, “My dad told me; ‘You’re going to the UN, don’t come back without answers.’ What am I going to tell him?”

Rameshwa Bhatt from India asked people to focus on “behaviour change, not climate change”, while Victoria Murphy from the USA, delivered a passionate poem.

“We’re fighting like our lives depend on it, because they do,” said Ms Murphy.

“We’re fighting, and we want to know: will you fight too?”