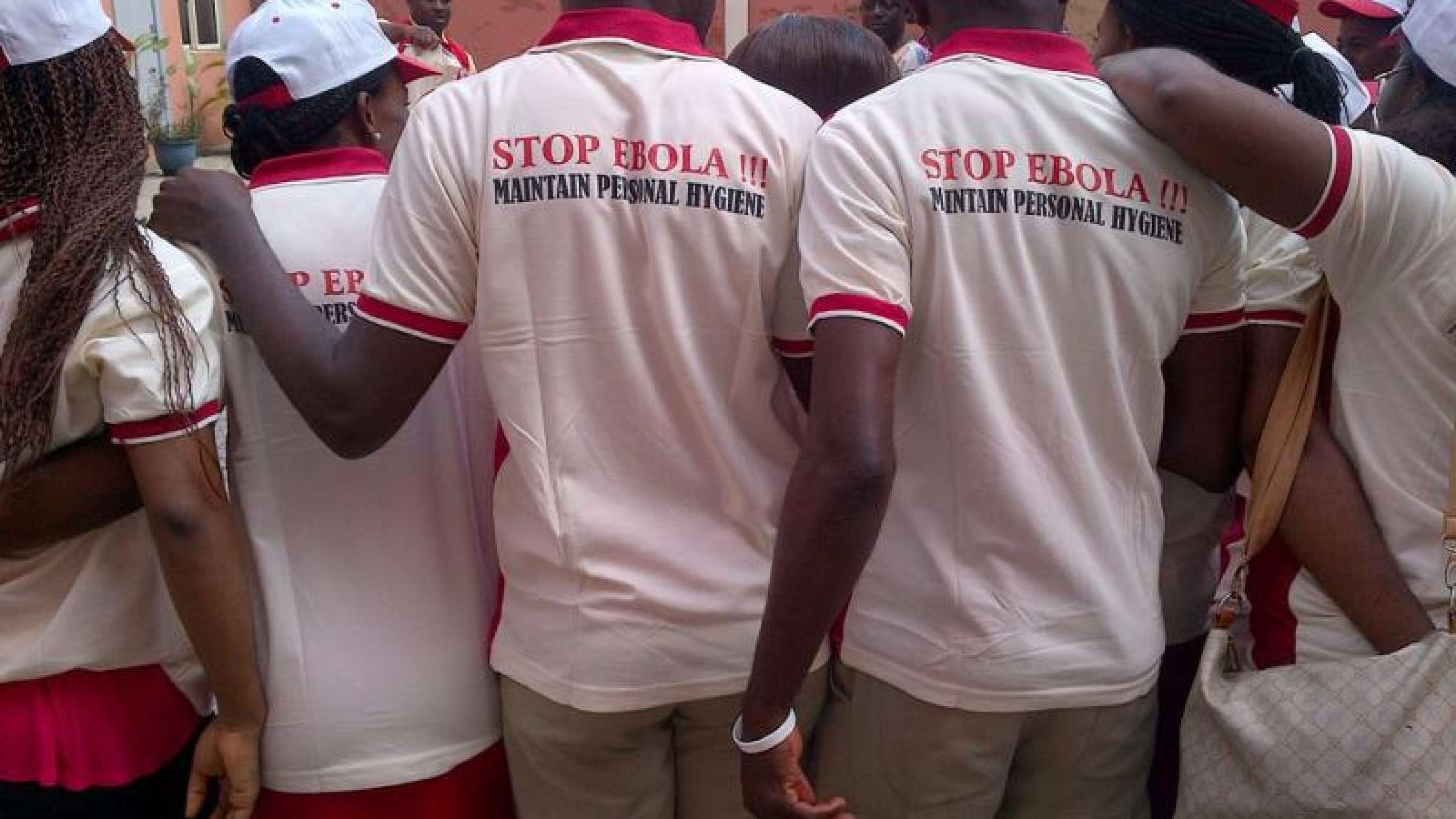 Nigeria's success in curbing its Ebola outbreak has won recognition from the UN as one the world's outstanding examples of how to reduce disaster mortality (Photo: CDC Global)

The slogan for today is “Live To Tell” backed by a social media campaign which will reach 20 million people and the focus is on the Sendai Framework’s first target which is to reduce global disaster mortality substantially by 2030; 1.35 million people are estimated to have died in disasters linked to natural hazards over the last twenty years.

In Africa, the Nigerian Federal Ministry of Health is recognised today as a Sendai Target Champion for Reducing Disaster Mortality for its successful efforts to stop Ebola taking a hold in the country and limiting the number of cases to just 20 when the pandemic was at its height in west Africa.

Mr. Glasser said: “The Sendai Framework recognises as never before the importance of health as an issue for disaster risk management and disaster risk as an issue for the health sector. Nigeria’s successful battle against Ebola is good example. I would also like to pay tribute to all the health workers who put their lives on the line to save others in African countries affected by the pandemic. Eleven of those who died from Ebola in Nigeria were brave health workers who sacrificed themselves for others.”

The Indian NGO SEEDS is being recognised for its work in India and Nepal in providing earthquake and cyclone-resistant housing in poor communities. Mr. Glasser said: “The great work that SEEDS and many other NGOs do in providing families with safe housing demonstrates that low-cost affordable housing can be provided in a way that protects people from natural hazards.”

In Fiji, the Ministry of National Disaster Management is being recognised as a Sendai Champion for its response to Cyclone Winston earlier this year. It was the most powerful storm ever to hit the Pacific island nation and claimed 44 lives.

Mr. Glasser said: “Fiji is to be commended not only for its efforts to reduce casualties from Cyclone Winston but also its honest appraisal of its own disaster preparedness and identification of challenges that need to be addressed to ensure even fewer lives are lost in future disaster events.”

Peru is being honoured as a Sendai Champion for the thorough way it prepared for the El Niño weather phenomenon. The official death toll was twenty compared to a total of 9,300 lives lost during the so-called “mega-niños” of 1982/83 and 1997/98.

Mr. Glasser said: “Peru’s contingency planning and ability to link climate change adaptation with disaster risk management is a demonstration of how important it is to strengthen disaster risk governance. The cross-sectoral approach means that we are recognising the Government as a whole as a Sendai Champion for their efforts to keep citizens safe and reduce disaster mortality.”

UNISDR today also honoured Meteoalarm, a portal which gets three billion hits per year and was established after 140 people died in Cyclone Lothar in 1999. It is operated by the Austrian weather service, ZAMG, with the support of the European Union, on behalf of 31 national weather institutes and provides the public with impact-based weather warnings and alerts.

Mr. Glasser said: “Meteoalarm is a great example of how communication can save lives by keeping the language simple and jargon-free for the ordinary public. It also demonstrates the power of regional collaboration on disaster risk reduction.”