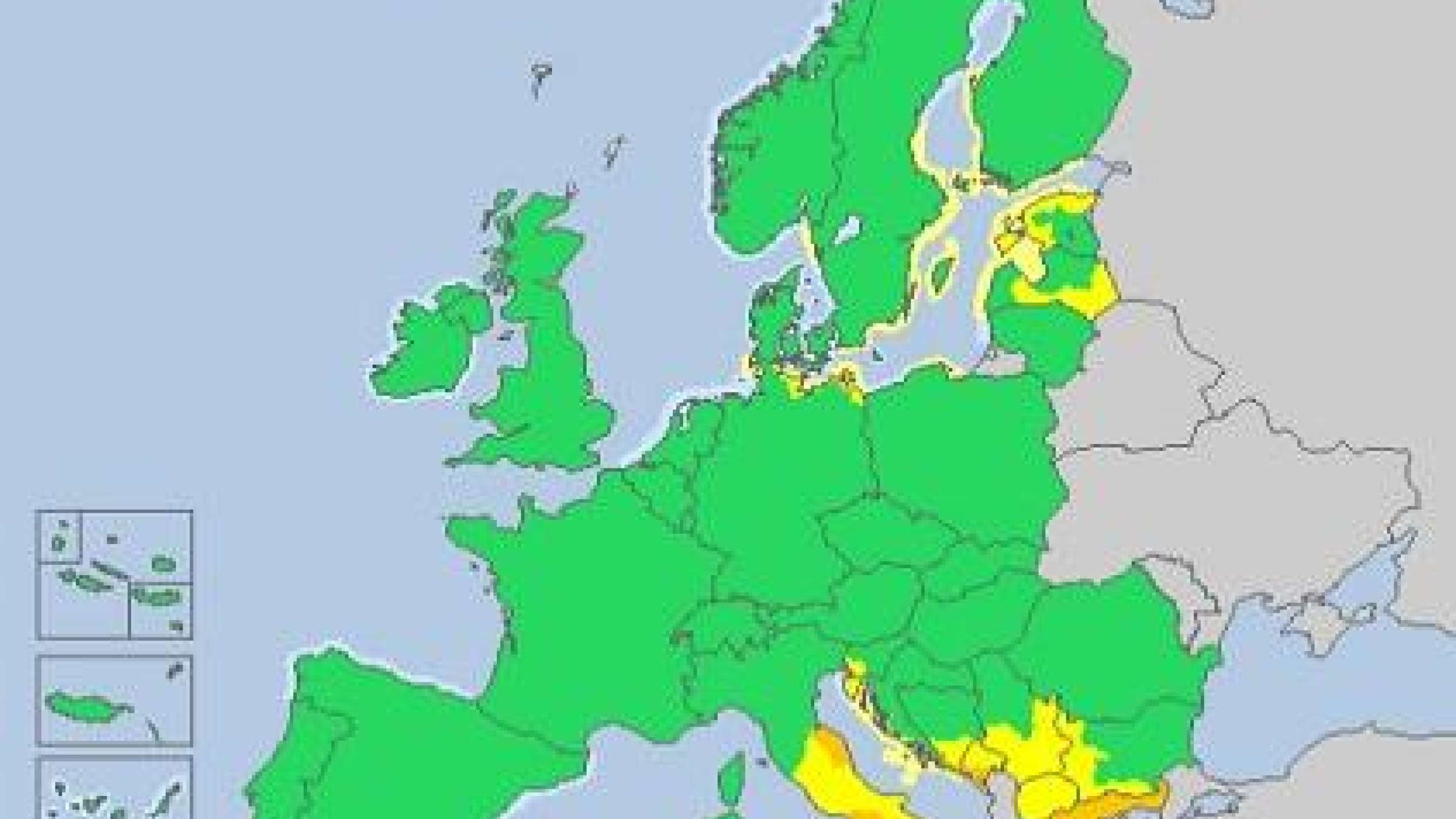 VIENNA, 7 October 2016 – Rolled out in the wake of one of the deadliest storms to strike Europe in decades, the continent-wide weather information service Meteoalarm plays a life-saving role by raising public awareness of how to curb risks, and fosters international cooperation into the bargain.

Meteoalarm, which provides alerts that avoid jargon and focus on explaining the potential impacts of incoming weather hazards such as storms and floods with simple language and colour coding, is a prime example of the efforts being celebrated in the upcoming edition of International Day for Disaster Reduction.

The day, which is held every 13 October, is an annual celebration of what works when it comes to lowering the threat of natural and man-made hazards. This year’s focus is on disaster mortality, which is also the first target of the Sendai Framework for Disaster Risk Reduction, a 15-year international agreement adopted last year.

Reducing the risk of disasters via early warnings that make sense to the general public is a key part of the Sendai Framework.

What is known as impact-based weather forecasting is a tool to achieving that goal. Instead of reeling off information about wind speeds or storm categories, people-centred meteorologists lay out what the data will actually mean if and when a hazard strikes.

“When you’re talking about meteorology, you have to keep the impacts in mind,” said Mr. Michael Staudinger of Austria’s weather agency the ZAMG, which oversees the Meteoalarm portal on behalf of its fellow European nations.

“Good science is about looking out of the window to see what’s actually happening on the street,” he said.

“You have to have the user’s perspective in mind. This is about warnings for users. These are warnings for the people,” he added.

The idea of a user-friendly portal as a way to reduce disaster deaths and damage was born after Cyclone Lothar ripped into Europe in December 1999.

Lothar, which killed around 140 people and caused almost 10 billion euros in damage, was a wake-up call for the forecasting community.

“We understood that warnings had not sufficiently reached users,” said Mr. Staudinger. For example, lives were lost when had failed to grasp the meaning of wind speed warnings tried to secure their property and were blown off house roofs.

“As a result, we said to ourselves that we needed to formulate warnings in a people-centred way, tailored to the needs of the users. Because people’s behaviour is the most important parameter that you can change in such situations,” he explained.

Meteoalarm, which harnesses data supplied by three dozen national weather institutes as well as other bodies, uses a four-colour coding for risk, from green through yellow and orange to red. Red means that people should follow the orders of the authorities in all circumstances, given that even places that they consider safe may no longer be so.

“Collaborate decision-making is the key. It’s not just the meteorologists, but also the civil protection departments, the transport agencies, and so on. This actually takes the pressure off the forecasters,” said Mr. Staudinger.

“Every year there’s a red situation where cooperation between the first responders, the civil protection people and the meteorologists gets better and better,” he added.

Based on repeated analysis of past events, the portal also describes the kind of damage that could be expected, constantly refreshes its data on exposure and vulnerability, and looks at risk from a multi-hazard perspective – in other words, knock-on effects such as how cold snap might cause fog and trees to freeze, damaging power lines and thus hampering communications, just as a storm rolls in.

Meteoalarm is also planning to expand its pallet of hazards to the technical kind, such as nuclear or chemical threats.

“You have to think through all the parameters and keep the impacts in the front of your mind,” said Mr. Staudinger.

Working to harmonise warnings between multiple agencies and across borders is a complex process that takes time, and the Meteoalarm system came online in 2006. Its computer hub is located in Austria, it has just a handful of staff, and it makes highly effective use of an operating budget of just 100,000 euros per year, funded by EUMETMET, a grouping of 31 European national meteorological services.

The portal gets around three billion hits per year. The users range from members of the public to the media, and national forecasters who loop Meteoalarm’s warnings back into their own systems. All told, it has around 1,000 bodies that re-use its information.

“Through usage – people voting with their feet, in a sense – it’s become the main system,” said Mr. Staudinger.