How to Reduce Risk from Extreme Weather Events 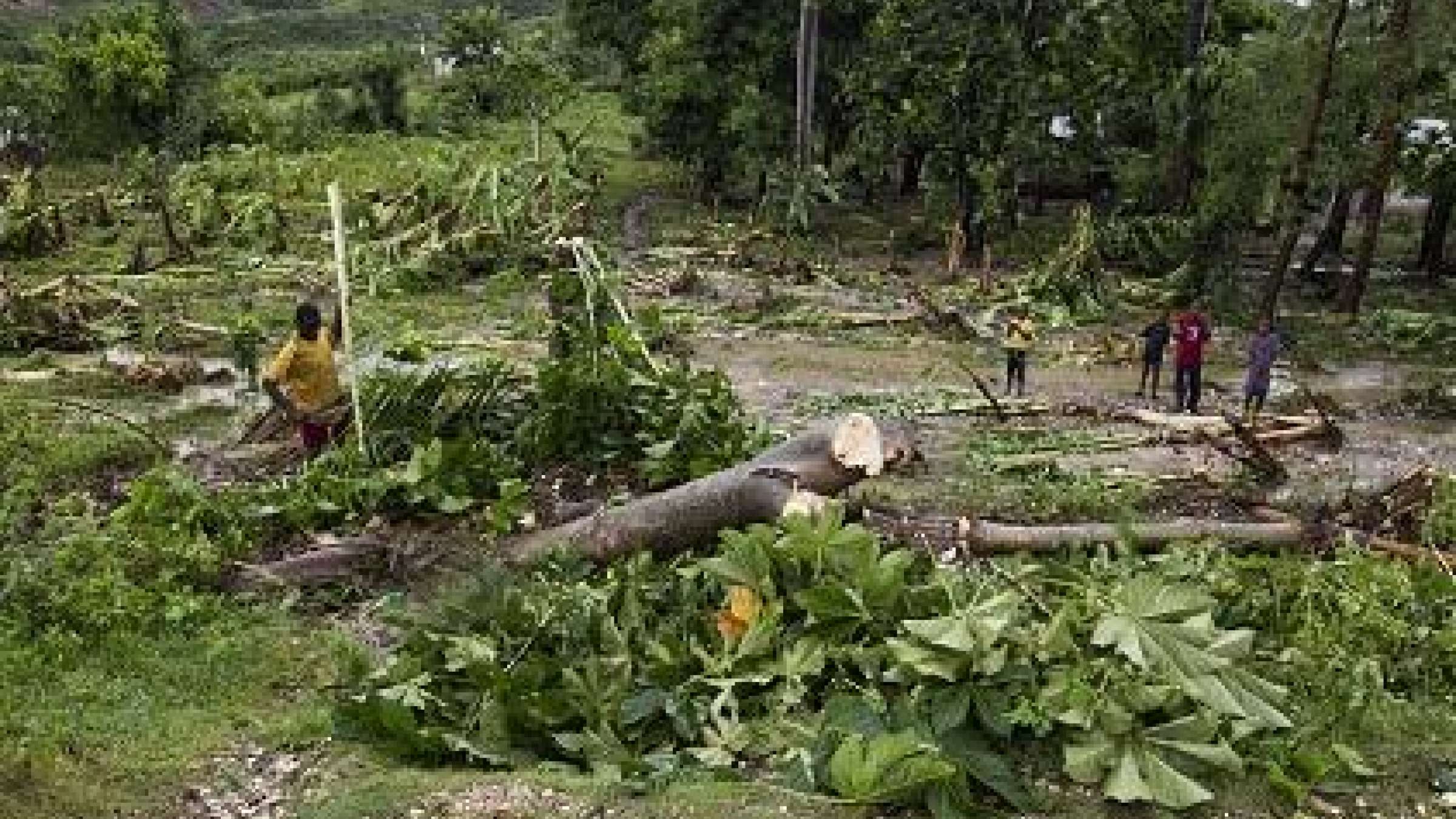 Hurricane Matthew in Haiti which caused over 600 deaths and US$2.7 billion of economic losses in late 2016 (Photo: UN Photo/Logan Abassi)

A nightmare scenario for any community is to be taken by surprise in the middle of the night by a sudden disaster such as the mudslide that swept away hundreds of lives earlier this month in the Amazonian town of Mocoa in Putamayo, Colombia.

Heavy rain over a three-hour period combined with deforestation and unstable soils to reveal once more that human decisions often interact with extreme weather events to create disasters.

Events such as the Colombia mudslide, the recent Peru floods which claimed 100 lives, and last October’s Hurricane Matthew in Haiti which caused over 600 deaths and US$2.7 billion of economic losses, highlight the need to address the underlying social and economic forces that place human settlements at risk.

However, the disasters cited above highlight the growing complexity of extreme weather events in areas of the world affected by climate change, poverty, deforestation, and limited institutional capacity for preventing and reducing disaster risks.

During the recent flooding, some 500 municipalities throughout Colombia have been on alert for possible landslides. The common feature of most landslides is the unstable soil on a denuded hillside that combines with flash floods to create an avalanche of mud and debris destroying everything in its path.

The loss of life from such events can be truly shocking. They can only be avoided, firstly, by recognising the protective value of eco-systems such as forests and enforcing legislation and regulations that protect them from being overexploited for lumber and crops. Forests help to regulate rainfall, maintain soil quality and to absorb CO2, the main greenhouse gas linked to global warming. Their absence today only makes for a very unsafe tomorrow.

Secondly, the pressures of population and economic growth need to be recognized and addressed. Housing and infrastructure constructed in danger zones such as flood plains or at the foot of unstable hillsides can put lives at risk. Alleviating poverty and strengthening public institutions is vital to reducing this risk.

Reducing flood risk also requires combining actionable information delivered through forecasts and early warnings, land-use planning, natural and artificial protective structures such as levees, and contingency plans for minimizing losses when a hazardous event does occur. This makes it possible to move away from the paradigm of keeping people and water separated and towards an integrated flood management approach that maximizes the net benefits of living in flood plains.

Thirdly, a very significant effort is now underway to ramp up multi-hazard early warning systems, especially in low-income countries and small island developing states. Many of these areas face high levels of climate risk caused by greenhouse gas emissions for which they bear the least responsibility.

Rising sea levels, warming land and sea temperatures are all contributing to the severity of extreme weather events in a variety of ways.

Climate risk exacerbates the more general risk of disasters that humanity has always faced. Over the last 40 years there has been a doubling of extreme weather events which have caused huge loss of life, disrupted billions of lives and caused staggering economic losses.

Fortunately, thanks to the many great improvements in early warning systems which have taken place, including as a result of the use of weather satellites, the development of meteorological services at national level, and the early action taken by civil protection systems to organize timely evacuations, mortality numbers from weather-related disasters have been on the decline.

Further improving multi-hazard early warning systems is high on the agenda of next month’s biennial Global Platform for Disaster Risk Reduction in Cancun, Mexico. However, these latest tragedies are a reminder that early warning needs to be combined with prevention, preparedness and policies to address economic and social pressures. In this way we can reduce mortality, the numbers of people affected by disasters, and economic losses as outlined in the global plan adopted two years ago by UN Member States, the Sendai Framework for Disaster Risk Reduction.

Local governments have an essential role to play in ensuring that strategies at the municipal level are aligned with the Sendai Framework and are implemented. If development is sustainable, then these tragedies are less likely to occur.