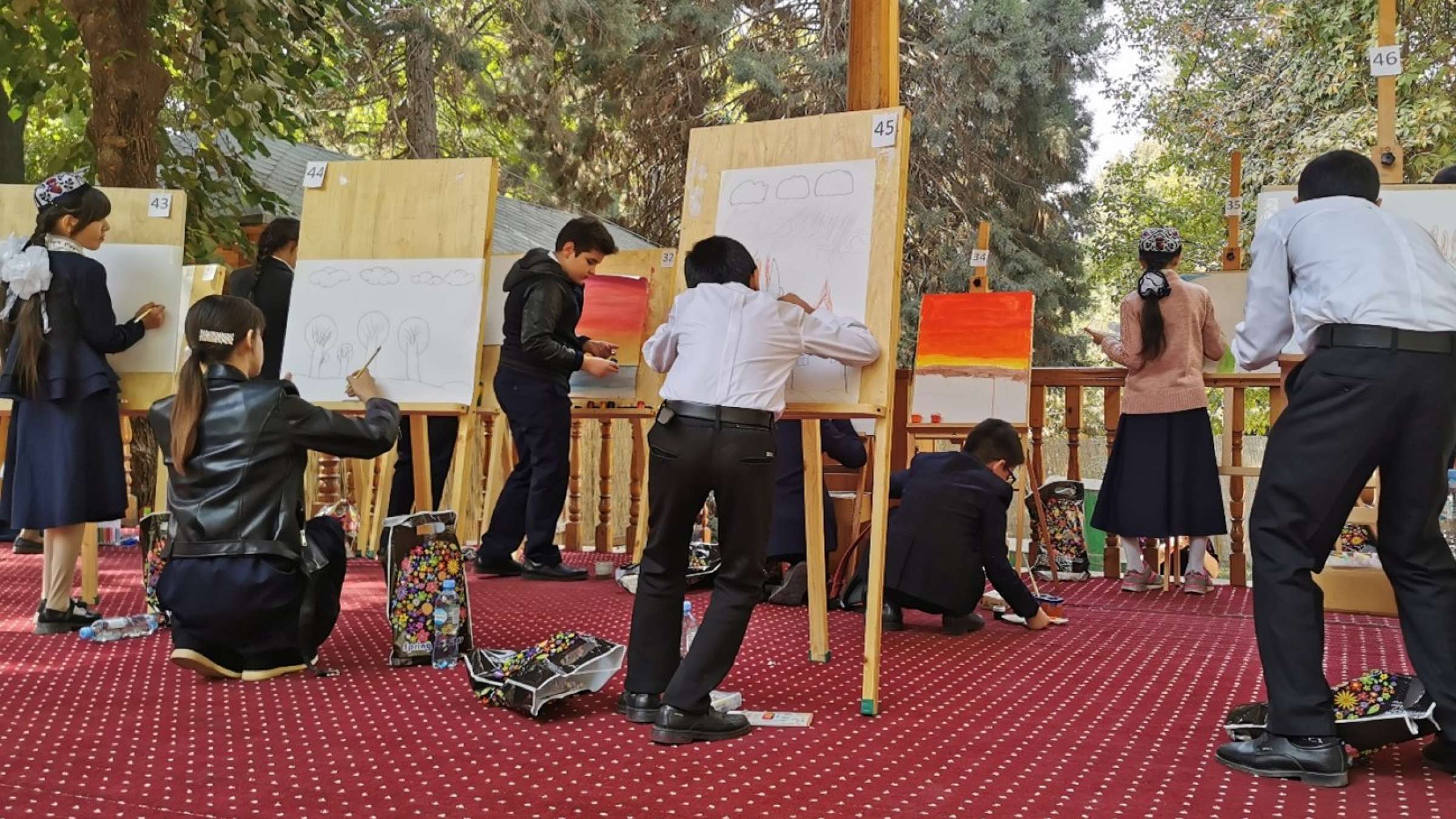 Children participating at a drawing contest for raising awareness on the importance of early warning and early action in Dushanbe, Tajikistan, as part of the International Day for Disaster Risk Reduction celebrations in 2022

BRUSSELS, 28 November 2022 – High level representatives from Central Asian states, the European Union, United Nations and other key stakeholders met to assess a regional climate resilience project which saw the development of a joint Strategy for Disaster Risk Reduction in Central Asia, the first ever such collaboration in one of the world’s most climate-vulnerable regions.

The high-level event held under the auspices of the European Union, the Embassy of the Republic of Kazakhstan to the Kingdom of Belgium and the United Nations Office for Disaster Risk Reduction (UNDRR) was held to discuss progress of the EU-funded project: “Strengthening disaster resilience and accelerating implementation of Sendai Framework for Disaster Risk Reduction in Central Asia”.

Some of the main existing and anticipated climate impacts in Central Asia include extreme weather events, as well as disruptions in rainfall, rising temperatures, and glacier melting. Recent studies have also found that by 2050 climate change will cause Central Asia to be one of the most highly vulnerable regions in the world. The lingering effects of the COVID-19 pandemic as well as instabilities around the region are exacerbating these challenges.

The initiative, which is being implemented by UNDRR, began in 2019, and supports Kazakhstan, Kyrgyzstan, Tajikistan, Turkmenistan, and Uzbekistan to build the foundations of greater disaster resilience through enhanced data, capacity, governance, and cooperation at local, urban, regional, and national levels.

The initiative has also helped to strengthen the role of the Almaty-based Centre for Emergency Situations and Disaster Risk Reduction (CESDRR) as the regional secretariat for coordination, and source of expertise, information, and capacity building on DRR.

Mr Serik Aubakirov, Deputy Director of CESDRR, shared updates on progress since the initiative began, including development of the region’s first ever regional DRR strategy and action plan for its implementation, a subregional risk profile, and capacity building support to NDMAs on using risk information and analytical systems.

H.E. Mr. Marat Kuldikov, Vice Minister of Emergency Situations of Kazakhstan, noted: “With the necessary infrastructure already in place, the Center for Emergency Situations and Disaster Risk Reduction in Almaty serves as a reliable platform on the topic of disaster risk management, especially in terms of early warning for the countries of Central Asia, and the development of a regional early warning system."

H.E. Mr. Margulan Baimukhan, Ambassador of Kazakhstan to Belgium, called for "closer cooperation in areas that have crucial importance for our citizens", noting "climate resilience, in addition to green development" as another important area for inter-regional cooperation between Central Asia and the European Union.

The EU-supported initiative has also supported governments to strengthen their national disaster risk management systems and to develop disaster resilience strategies and plans at national and local levels, in addition to the regional DRR strategy.

Community-level activities, implemented with the support of the International Federation of Red Cross and Red Crescent Societies, reached over 50,000 people in 65 communities across the region, and supported the creation of local disaster management committees and DRR training for volunteers, school students, and community leaders. Various awareness raising activities have further improved understanding on disaster prevention and risk reduction amongst children, the youth, and vulnerable groups.

In her remarks, H.E. Ms. Mami Mizutori, Special Representative of the United Nations Secretary-General for Disaster Risk Reduction, said: "In light of growing climate risks as a result of lack of global action to address emissions, this joint initiative is even more important to prevent these risks from becoming deadly and costly disasters."

H.E. Mr. Peteris Ustubs, Director for Middle East, Asia and Pacific of DG INTPA, underlined that “DG INTPA will strengthen the mainstreaming of climate change and disaster risk reduction in its external actions, supporting partner countries reach their commitments under Paris Agreement and the Sendai Framework for Disaster Risk Reduction, including in Central Asia.”

The event finished with a high-level panel discussion including the H.E. Mr Kuldikov and representatives from the European Commission and World Bank. Final remarks were made by Mr. Petr Gandalovič, Director of the Department of Development Cooperation and Humanitarian Aid of the Ministry of Foreign Affairs of the Czech Republic, on behalf of the Czech Presidency of the Council of the European Union: “Disaster risk reduction has been a priority for the Czech Presidency in the Council of the EU. We have discussed it from many angles, with emphasis on fragility, compound risks and the humanitarian-development-peace nexus, cooperating with UNDRR very closely. Today, we have crowned our efforts with a set of conclusions which were adopted by the Council this morning.”