Geneva milestone on road to Sendai 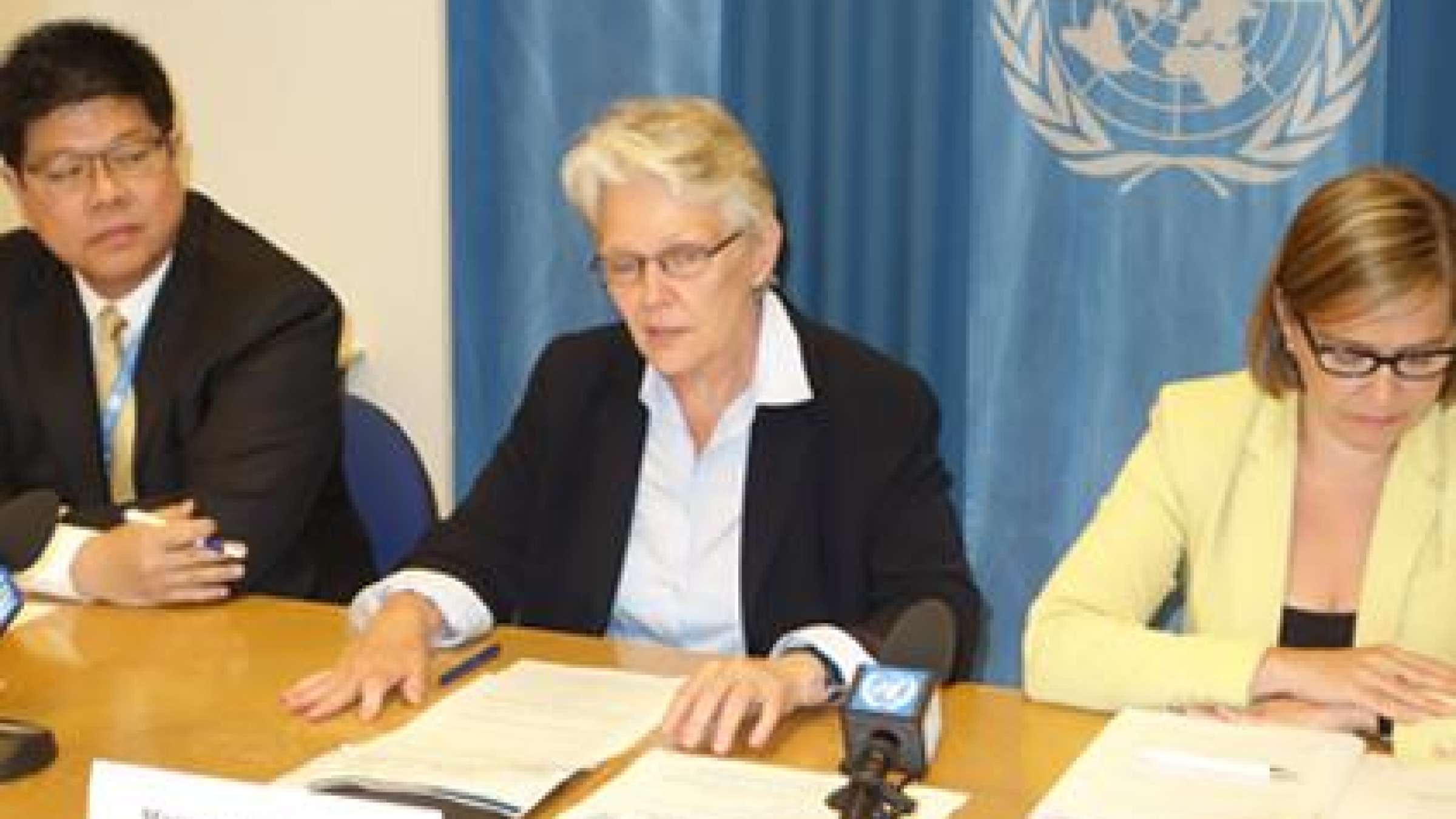 GENEVA, 7 July 2014 - Next week’s intergovernmental meeting (PrepCom) in Geneva is a major milestone on the road to Sendai, Japan, where the Third UN World Conference on Disaster Risk Reduction will convene in March, 2015, to adopt a new global agreement on reducing disaster risk, the head of UNISDR, Margareta Wahlström, said today.

Speaking at a press conference, Ms. Wahlström said: “The Intergovernmental Preparatory Committee meetings on July 14 and 15 allow for governments from around the world to come together and address the issues which are driving disaster losses.

“Economic losses and vulnerability are major drivers of the new agreement which will build on what has worked well over the last ten years of implementing the Hyogo Framework for Action which was adopted following the last World Conference in 2000.”

She recalled that 2005 was a stark year of tragedy and loss around the globe as the Indian Ocean tsunami which claimed over 200,000 lives, was followed by catastrophes including the Pakistan earthquake and Hurricane Katrina which resulted in thousands more lives lost and drove direct economic losses to a then-record total of $185 billion.

Ms. Wahlström said: “The Preparatory Committee meeting is an opportunity to focus on concrete commitments to reduce disaster losses. Risk creation needs to be addressed with as much urgency as saving lives because these losses act as a drag on economic development and mean less money to spend on health, education and job creation.”

She stressed that the new global agreement on disaster risk reduction would have to be inter-dependent and complementary to the new Sustainable Development Goals and the new climate change agreement, both of which are also due in 2015.

PrepCom co-chair, Ambassador Päivi Kairamo, Finland, recalled how the Indian Ocean tsunami which killed many Finnish tourists had a significant impact on disaster risk management in Finland, leading to a more pro-active approach to prevention in comparison to disaster response. “It also totally changed the way we think about disasters and how we react to disasters overseas,” she said.

She said the PrepCom would be attended by as many as 600 participants including nine Major Groups from civil society comprising NGOs, women, local authorities, children and youth, indigenous peoples, farmers, business and industry, scientific and technological community, workers and trade unions.

Ambassador Kairamo and fellow co-chair, Ambassador Thani Thongphakdi, Thailand, will hold a series of dialogues with all the Major Groups throughout the two days of the PrepComs which will also feature a series of technical workshops.

Ambassador Thongphakdi said there was still a “lot of unfinished business” remaining from the last ten years of implementing the Hyogo Framework for Action or HFA. He said: “the HFA remains very relevant and we need to build on that.”

He said the private sector would have an important part to play in implementing the new HFA. He recalled that 90% of the economic losses of $46.5 billion which occurred in the 2011 Thai floods were borne by the private sector as it caused widespread disruption to manufacturing and global supply chains. A further $50 billion was spent on re-building and restoring production in the affected areas.