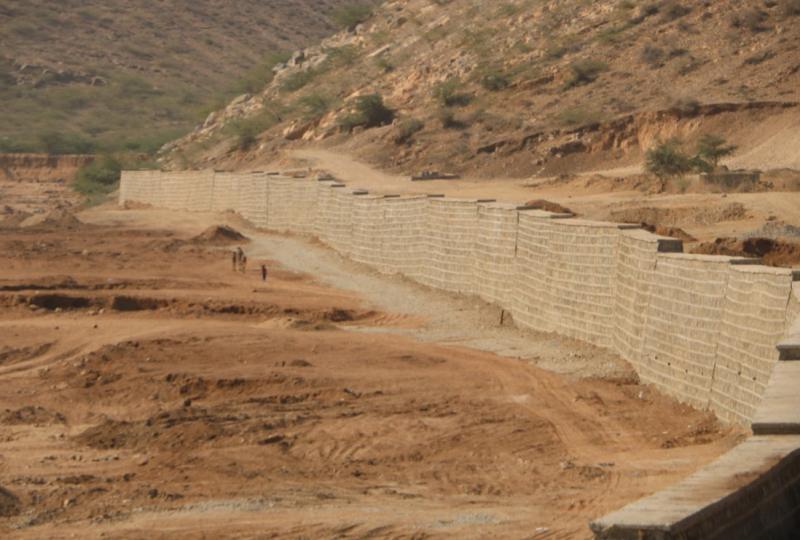 Located 570 kilometres off the coast of west Africa in the Atlantic Ocean, the Island Nation of Cape Verde is an archipelago of 10 volcanic islands covering an area of over 4,000 square kilometres. Cape Verde’s population of approximately 500,000 is scattered across all but one of the islands. Over 55% reside on the largest island, Santiago, which hosts the nation’s capital, Praia.

Largescale, high-impact disasters in Cape Verde are rare. While the area remains seismically active, the last significant eruption occurred in November 2014 on the island of Fogo which led to the evacuation of 1,000 people. Tropical storms seldom affect the islands, although Hurricane Fred caused extensive material damage amounting to US$2.5 million when it tracked through the islands in 2015.

Because of their proximity to the Sahara, most of Cape Verde’s islands are dry, although flash floods in the short wet season are not uncommon. The country’s increasing vulnerability to drought and desertification over the past decade, has been driving economic migration from rural areas to the capital, Praia. One third of the city’s population lives below the poverty line with many residing in informal settlements situated in unsafe areas such as the hillsides surrounding Praia and along the banks of theRibeira da Trindade river.

Captain Reinaldo Rodrigues, is National President of Cape Verde’s Civil Protection and Fire Brigade (SNPCB), headquartered in Praia. He is responsible for disaster management in the country and is concerned about the growing impacts of urbanisation in the capital city.

‘The growth of illegal settlements in many areas of Praia is uncontrolled. People who leave the countryside with few economic resources, migrate here with the intention of bettering their situation. But they end up in these neighbourhoods in precarious conditions, because many of the dwellings are being constructed in high risk areas.’

Praia is divided into eight administrative areas covering both urban and rural areas. More than 95% of the city’s 160,000 inhabitants reside in the urban area and each year the number increases. Despite the risks, people continue to construct buildings in areas prone to erosion or landslides. Some try to circumvent planning restrictions by building at night to avoid detection.

At Praia City Hall, Director Celestino Barbosa Afonso has responsibility for coordinating the activities of the SNPCB in the municipality. He also acts as the city’s focal point for the ‘Making Cities Sustainable and Resilient’ initiative, a global project that aims to build disaster resilience in 20 cities around the world. The initiative is funded by the European Commission and co-lead by the United Nations Office for Disaster Risk Reduction (UNISDR).

‘In Cape Verde we need to build understanding and awareness around disaster risk management at an institutional level. This is a relatively new topic and political commitment is needed to move us from a mentality of disaster response to one of disaster risk reduction,’ explains Afonso.

Under the Making Cities Sustainable and Resilient initiative, a wide cross-section of organizations came together to rank Praia’s levels of disaster resilience. The next step was to develop the city’s first disaster risk reduction action plan. Internal departments participating in the process included the Municipal Guard, Department of Infrastructure and Transportation, Directorate of Planning, Directorate of Environment and Sanitation and Directorate of Social Action and Gender. National bodies also participated, including the National Institute of Statistics; National Institute of Meteorology and Geophysics and the Maritime and Port Authority.

‘Our first priority is to develop a risk map and hazard profile of the city. This will inform the activities of sectors such as urban planning, helping them to regulate construction and enforce zoning restrictions in high risk areas of the city. Our goal is to mainstream DRR in our development planning for the city so that it is integrated across the activities of all sectors of local government’, says Afonso.

Rafael Fernandes, is an architect with the Municipal Planning Directorate. He has ambitions of making Praia a more attractive and inclusive city.

‘50% of the city is unplanned. What we are doing now is upgrading these informal areas and developing them in line with other, planned areas of the city under a requalification programme. This will break down inequalities and give all residents a greater sense of ownership over the city’s development.’

The programme entails upgrading services such as drainage, roads and electricity which requires collaboration between different actors and in some cases, a change of mindset.

‘There are several services delivered by the public sector which could work much better if outsourced. But this is not happening due to the lack of trust and relationships between the public and private sectors. We aim to extract the best from everyone.’ says Fernandez.

The municipality is also investing in improving Praia’s urban environment. Green areas are being developed to improve air quality in the city while urban and peri-urban forestry projects on the slopes of the city are helping to halt soil erosion and improve the aesthetics of the city.

For Captain Rodrigues, engaging citizens directly in the development of Praia’s disaster risk reduction plan is critical. Until now the city has lacked skilled manpower and resources to undertake community awareness and education sessions on disaster risks. But plans are underway to increase engagement between the SNPCB and non-profit organisations such as the local Red Cross who have expertise in conducting training sessions and mock disaster drills with schools.

‘No one is better and more knowledgeable about the reality of the risks than the residents of the local area. We want to reach each individual citizen, and provide training and awareness raising in DRR. The more we invest in prevention, the less will be spent in the rebuilding phase if a disaster occurs. This is the change we want,’ says Captain Rodrigues.