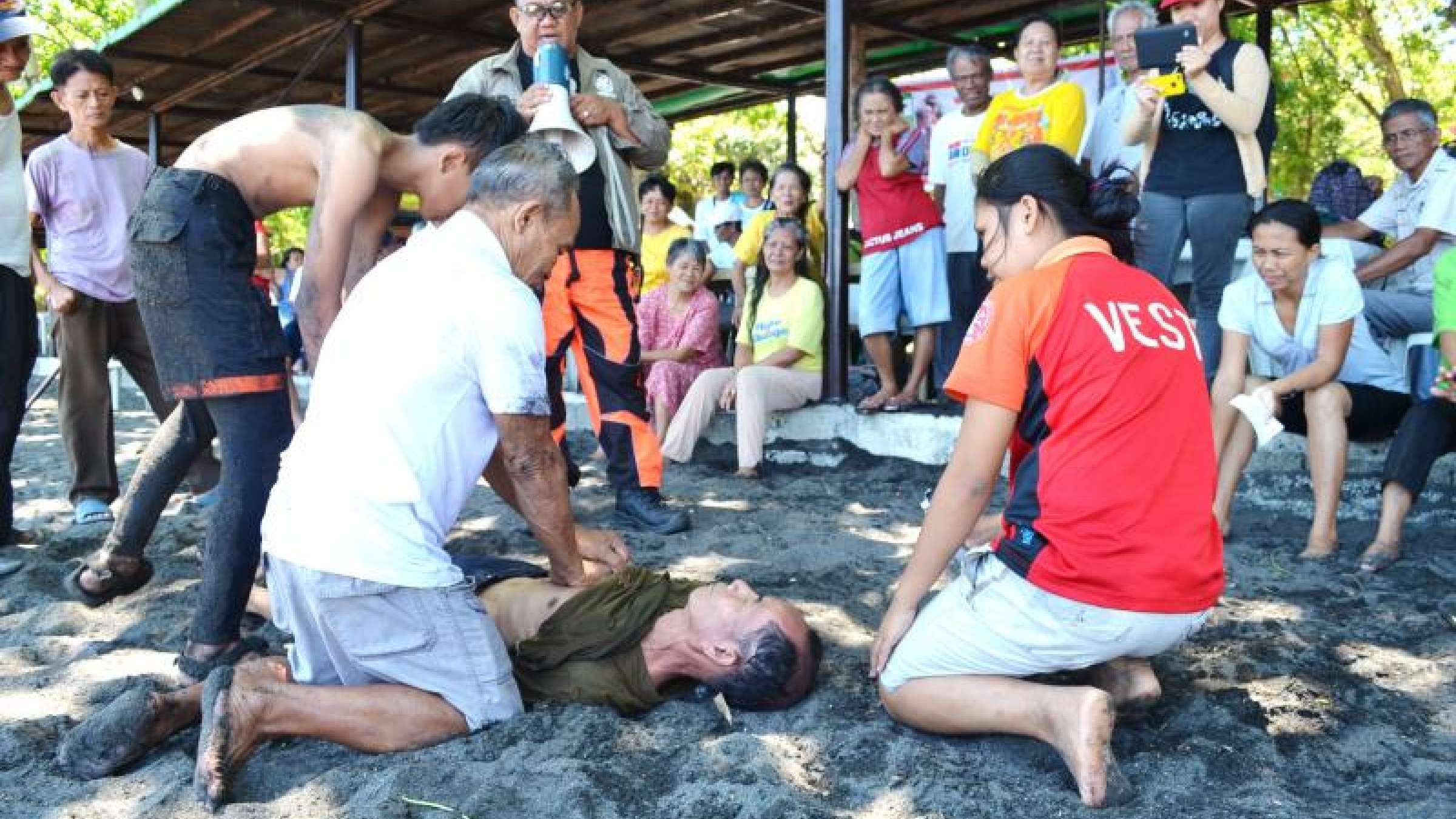 GENEVA, 24 June, 2016 - A renewed call was made at this week’s 13th International Conference on Ageing for more governments to sign up to Charter 14 which sets 14 minimum standards for the inclusion of older persons in disaster risk management.

Eighteen months after the UN Office for Disaster Risk Reduction and HelpAge International launched Charter 14 only nine governments have signed up to the voluntary charter which calls for older persons to be specifically mentioned in national disaster management and climate policies, and to be consulted on the development of such policies.

Help Age International has used the Brisbane event organised by the International Federation on Ageing (IFA) to call on more governments to sign up to Charter 14. “Older people are often more vulnerable to disasters”, said Clare Harris, Senior Disaster Risk Reduction and Resilience Adviser at HelpAge International. “As the world’s population grows older, an age-sensitive response to disasters and climate change is becoming increasingly vital”.

Dr Alex Ross of the World Health Organization opened the plenary panel on disasters and older people. Dr Godfred Paul of HelpAge International issued a call to action to ensure that older people are represented in disaster planning.

Ageism comes into play in disaster situations and there is strong evidence that older persons suffer disproportionately from disasters even in developed countries. In 2005, 75% of those killed by Hurricane Katrina were over 60 but made up just 15% of the population in New Orleans. In 2011, 56% of those who died in the Great East Japan Earthquake and Tsunami were 65 and over, despite comprising just 23% of the population.

A survey conducted for the 2014 International Day for Disaster Reduction demonstrated that older persons are often excluded or marginalised when disaster management plans are being drawn up at community level. 58% of respondents said they did not know who was responsible for disaster preparedness in their communities and 68% do not participate at all in such activity.

Asked how they would like to be better included in decision-making on disaster planning, 70% of respondents noted their wish to explain the special needs and vulnerabilities of older persons while 43% said they wish to be given training so that they can help the community in disaster preparedness and response. And 32% said they wished to share their experiences on how to cope with disaster situations.

According to Help Age International there are 901 million people over 60, predicted to reach 1.4 billion by 2030 with nearly three-quarters living in developing countries where the impact of climate change may be most severe. WHO projects that in 2030, 38,000 older people will die from heat exposure.

The Sendai Framework for Disaster Risk Reduction adopted as the global blueprint for reducing disaster losses calls for a more people centred preventive approach to disaster risk and engagement with older persons. Specifically, the Sendai Framework endorsed by all UN Member States, notes: “Older Persons have years of knowledge, skills and wisdom, which are invaluable assets to reduce disaster risk, and they should be included in the design of policies, plans and mechanisms, including for early warning.”

“Reduced mobility can make it harder to flee danger”, said Dr. Godfred Paul, Senior Regional Programme Manager at HelpAge International, a speaker at the IFA conference. “Older people may be socially isolated, which could mean there is no one around to help or alert them.

“Conditions such as hypertension, heart disease or respiratory illnesses can be exacerbated during disasters, and in their wake access to life-saving medicine as well as day-to-day medication may be difficult. Older people may also have reduced access to income, which can make protection and recovery after a disaster an even greater struggle.”