Extreme weather events in a time of COVID-19 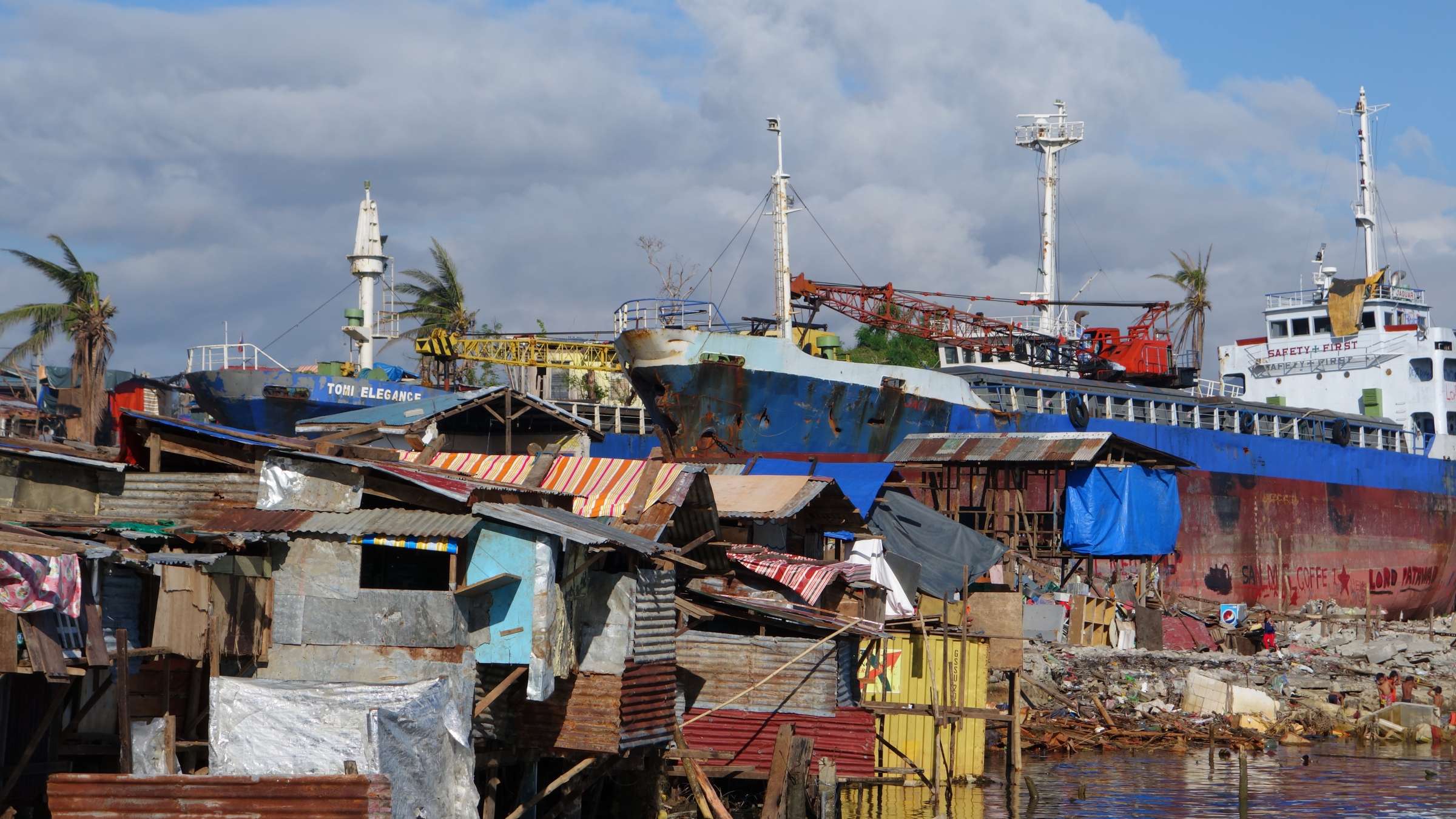 A seaside slum in Tacloban, the Philippines, devastated by Typhoon Haiyan
UNDRR

GENEVA - Some of the world’s most disaster-prone nations are gearing up for their greatest challenge in the coming months when cyclones and floods can be expected to force the evacuation of millions of people while COVID-19 remains a widespread menace.

India, Bangladesh and the Philippines have significantly reduced loss of life from hydro-meteorological events in recent years thanks to the effectiveness of their early warning systems combined with timely evacuations in the face of extreme weather events.

National disaster management agencies, Red Cross and Red Crescent national societies and NGOs already engaged in the COVID-19 response are now blending those efforts with preparations for monsoon and cyclone seasons which usually displace millions of people across Asia and the Pacific.

“COVID-19 has underlined that our response mechanisms, particularly for black swan events - in both developing and developed countries – require a lot of strengthening,” said Kamal Kishore, a senior official with India’s National Disaster Management Agency with responsibility for the COVID-19 response.

Mr. Kishore was one of the disaster management leaders who spelt out the changing approaches to disaster preparedness in a wide-ranging webinar today on “Combatting the Dual Challenges of Climate-related Disasters and COVID-19”, the latest in a series on learning from the pandemic organized by UNDRR’s Regional Office for Asia and the Pacific. It attracted 1,169 participants from 91 countries.

UNDRR regional chief, Loretta Hieber Girardet, opened the discussion with the observation that a taste of what is to come has already been experienced this month by small island developing states in the Pacific where recovery efforts continue following category five Cyclone Harold which struck the Solomon Islands, Fiji, Tonga and Vanuatu leaving 28 dead and many thousands homeless and living in shelters.

Sanaka Samarasinha, UN Resident Coordinator, UN Multi-Country Office, Fiji, highlighted the situation in Vanuatu where 160,000 people were affected by Cyclone Harold and many had lost their homes. The country which was already in a state of emergency because of COVID-19 had suffered severe damage to critical infrastructure including health facilities, schools and agriculture.

Mr. Samarasinha said an earlier initiative to combat a measles outbreak has been adapted for the COVID-19 response and the UN was also stepping up its efforts to combat violence against women and girls in the COVID-19 lockdown, but social or physical distancing is a major challenge in the evacuation shelters. There have been no confirmed cases of COVID-19 but there is also no testing available.

Mr. Kishore spelled out eight key considerations for addressing the challenges ahead in India where there are more than 12,000 cases of COVID-19 and nearly 400 deaths. “It’s reasonably well controlled compared to other countries. We are under lockdown for the last three weeks and we have another two and a half weeks to go.”

He highlighted that out of over 700 districts, almost 400 are affected. This created huge challenges because unlike other disasters it was not geographically confined to a small pocket.

Mr. Kishore said it was a key priority to work doubly hard to minimize the burden on hospitals arising from other hazards, such as heatwaves, by treating people at the community level in primary health care centres wherever possible. Hospital preparedness required strengthening to ensure their capacity to function in response to extreme weather events.

The Standard Operating Procedures for the management of cyclone shelters will need to incorporate physical distancing which would create a need to augment capacity by identifying other facilities for use as temporary shelters.

Bangladesh CPP Director, Ahmadul Haque, Ministry of Disaster Management and Relief, who manages a network of 56,000 volunteers said all attention was currently on responding to COVID-19 and the usual preparedness and response planning for the cyclone season would have to be adapted accordingly.

There was a contradiction between the measures necessary for one scenario versus the other, staying at home to avoid COVID-19 but being forced to gather in large numbers in shelters to avoid the impact of a cyclone.
“This is the greatest challenge we are facing,” said Mr. Haque, along with providing personal protection equipment (PPE) to volunteers.

He said they would have to take the risk of late evacuations and to minimize the time spent in shelter. Priority would be given to older persons, persons with disabilities, pregnant women, children and girls to be evacuated first. Alternative shelter spaces will also have to be identified to reduce density.

The CPP is redesigning its approach to disseminating early warnings at the community level to ensure physical distancing and greater use of mass communication tools including public address systems and social media.

The Philippine Red Cross is playing a major support role to the Government’s efforts to fight the spread of COVID-19. In addition to providing helplines to the general population and distributing PPE to small hospitals in Manila, the Red Cross this week started testing for the coronavirus and set up tents to augment hospital capacity, according to Secretary-General, Elizabeth Zavalla.

The Red Cross is also preparing for the rainy season in May and the 20-plus typhoons which typically strike the country in any given year mainly in June, July and August. The Red Cross is pre-positioning emergency supplies around the country in anticipation of the typhoon season.
“The situation now is difficult. If you have a typhoon, an evacuation centre will be difficult to maintain now because usually there is no distancing which we have to practice now,” she said.

Lemau Afamasaga from the Palau Red Cross Society highlighted the importance of making trustworthy information available and ensuring community outreach, especially with regard to the dual impact of drought and COVID-19 in the north Pacific.

Daniel Gilman from OCHA pointed to the logistical challenges, for instance, COVID-induced travel restrictions that will impede humanitarian response in case of a major disaster, and hence the need to rely on remote sensing and analysis and less on direct assessments to calculate humanitarian needs.

Equally important is the need for greater localization of preparedness and response efforts, underscored by local partnerships, pointed Jeremy Wellard from the International Council of Voluntary Agencies, and routing funding directly to local actors.