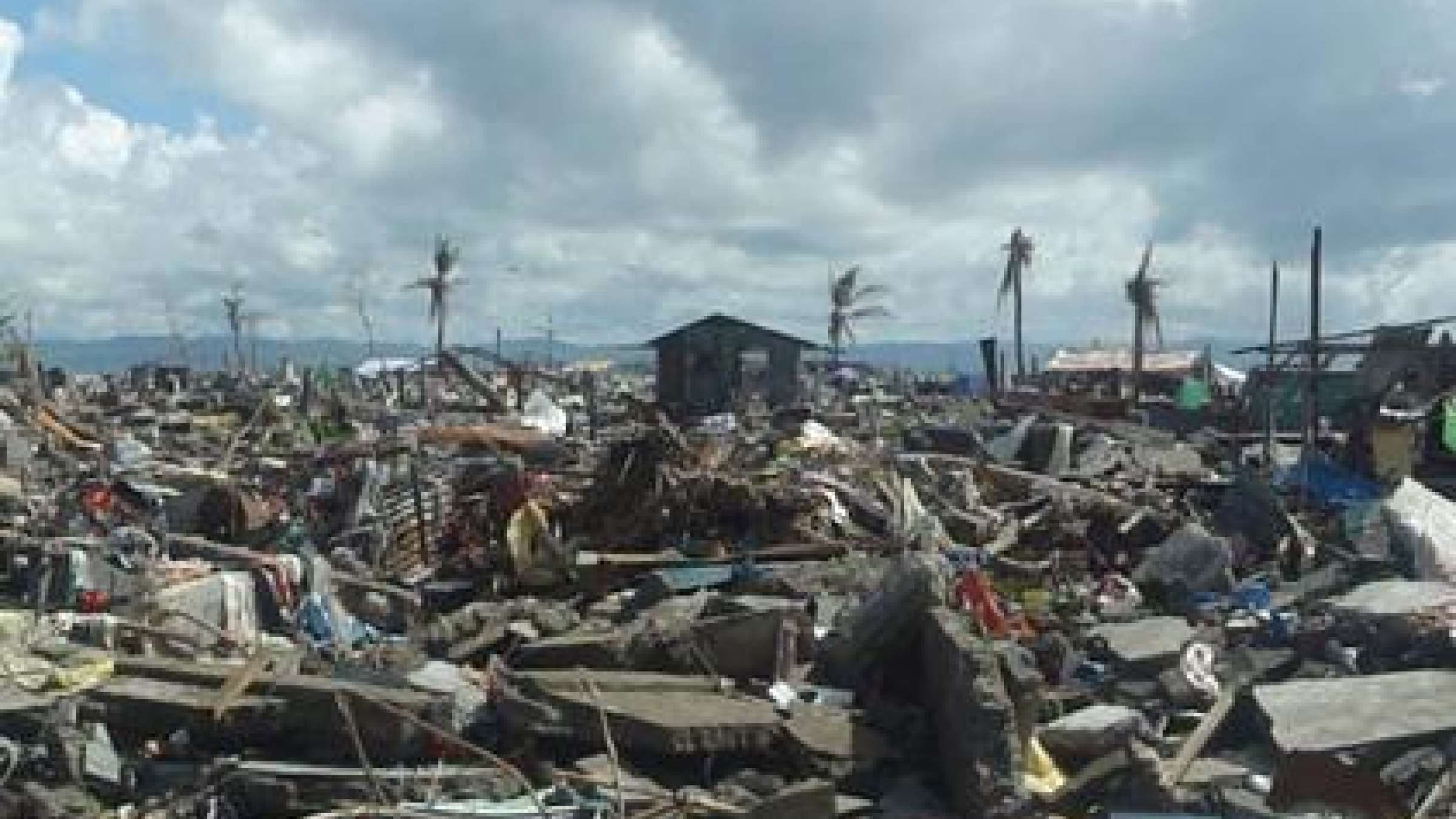 A community in the city of Tacloban, Philippines, was flattened by Typhoon Haiyan last year. (Photo: Kristoffer Berse)

Over half the 22,000 death toll worldwide last year from disasters occurred in the Philippines, India, Pakistan, Japan and China which amassed 13,700 deaths from a range of natural hazards including cyclone Haiyan, floods, heat waves, one cold wave and an earthquake. Out of the 95 million people affected worldwide by disasters last year, 84 million live in China, Philippines, India, Viet Nam, Thailand, Pakistan, Bangladesh and Cambodia.

Speaking at a press briefing announcing the Intergovernmental Preparatory Committee (PrepCom) on July 14 and 15, for the Third World Conference on Disaster Risk Reduction in Sendai, Japan, in March, 2015, the Head of UNISDR, Margareta Wahlström, said: “The death toll from weather-related disasters is in decline thanks to better preparedness, early warnings and improved response. However, we can see that very high numbers of people are living in exposed locations where they are in danger of losing their homes, jobs and access to health care and education because risk is accumulating fast with urbanization, population growth and extreme weather events.

“The Preparatory Committee meeting is an opportunity to concentrate minds on the problem of economic losses from disasters. Risk creation needs to be addressed with as much urgency as saving lives because these losses act as a drag on economic development and mean less money to spend on health, education and job creation.”

Over 500 participants are expected to attend the first PrepCom in July in Geneva. It will take the first steps towards drafting a new international agreement on disaster risk reduction to replace the current Hyogo Framework for Action which was adopted by all UN Member States following the Indian Ocean tsunami in 2004 which claimed over 200,000 lives.