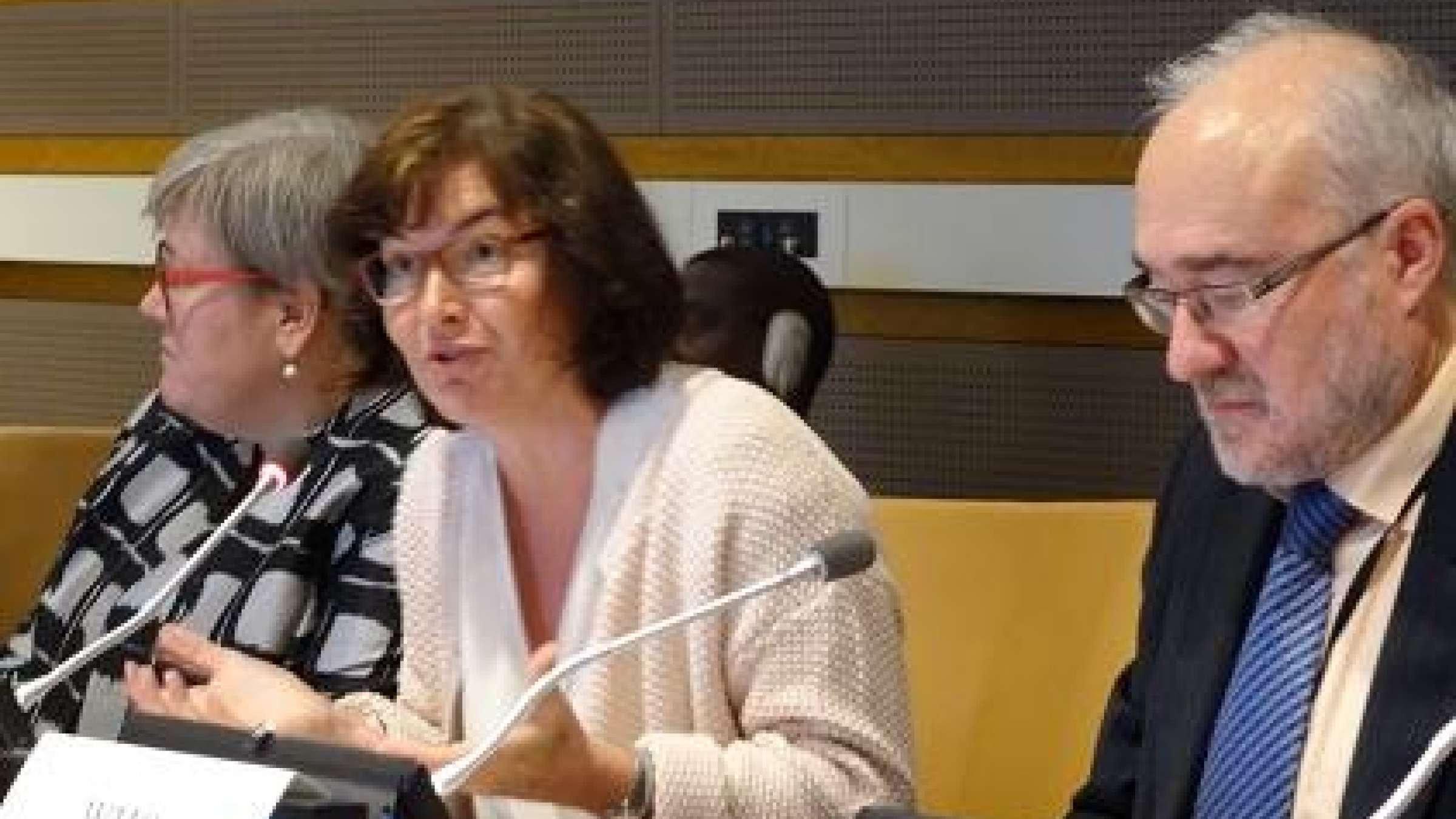 NEW YORK, 29 September2015 - Plans to bring early warning systems to some of the world’s poorest countries and thereby curb the risk of disasters have cleared a new milestone, thanks to a French-spurred initiative unveiled at the United Nations today.

“The goal is that by 2020, all of the most vulnerable countries are equipped with such a system,” said France’s Secretary of State for Development Ms. Annick Girardin.

The objective is provide access to real-time weather and climate updates, public information and communications technology, as well as improve risk knowledge and ensure that all arms of the administration are on the same page when it comes to issuing warnings.

The announcement of the 100-million-euro Climate Risk and Early Warning Systems (CREWS) plan follows a call issued by France in March at the Third UN World Conference on Disaster Risk Reduction in the Japanese city of Sendai.

Mindful of its role as host of the COP21 UN climate summit in December, France has spotlighted the need to close gaps in risk information and early warning systems for a huge range of hazards, including floods, storms and droughts, which can undermine development gains repeatedly.

Extreme weather events are among the most dramatic consequences of climate variability and change. An estimated 70% of disasters are now thought to be linked to climate change, double the scale twenty years ago.

Speaking at a launch event after world leaders adopted the Sustainable Development Goals – a 17-point plan that aims by 2030 to eradicate extreme poverty, promote prosperity and well-being, and protect the environment – Ms. Girardin underlined the importance of early warning.

“In Sendai, we highlighted the principle of massively developing warning systems. This is very important, given climate change,” she said. “This is a means to try and avoid climate catastrophes.”

CREWS is an important tool for achieving the aims of the Sendai Framework for Disaster Risk Reduction, a far-reaching, 15-year plan adopted at the World Conference and which aims to rein in mortality and economic losses caused by natural and man-made hazards.

“There is nothing more important than communicating with people in hazard-prone areas to ensure that they are fully informed. Early warnings are an essential element in disaster preparedness and can save many lives and assets if expressed clearly, received in good time and acted on by the population,” said Ms. Margareta Wahlström, the head of the UN Office for Disaster Risk Reduction (UNISDR), in a video address to the CREWS event.

“CREWS has the potential to make many millions of people more resilient against more frequent and severe climatic events by improving weather forecasting and making sure the public at large is risk-informed,” Ms. Wahlström said.

“We know it’s a good investment. Ten years after the tsunami in the Indian Ocean which killed more than 220,000 people, there is now a tsunami warning system in place across the Indian Ocean. Early warnings and well-equipped Met Offices have saved thousands of lives in recent years in disaster-prone countries like China, the Philippines, India, Europe and the US which are exposed to the fury of cyclones, flooding, heat waves and drought,” she added.

She noted, however, that many countries still struggle to adapt their systems to their growing needs, driven by population growth in hazard prone areas, pressure on urban planning and land use, and weather variability.
Among the most vulnerable are the world’s Least Developed Countries (LDCs) and Small Island Developing States (SIDS).

Besides France and UNISDR, the CREWS plan also involves the World Bank’s Global Facility for Disaster Reduction and Recovery, the World Meteorological Organization (WMO), and Norway.

Ms. Rachel Kyte, World Bank Group vice president and special envoy for climate change, said: “We need to resolve the situation where, in the 21st century, not everybody is covered by early warning systems.”