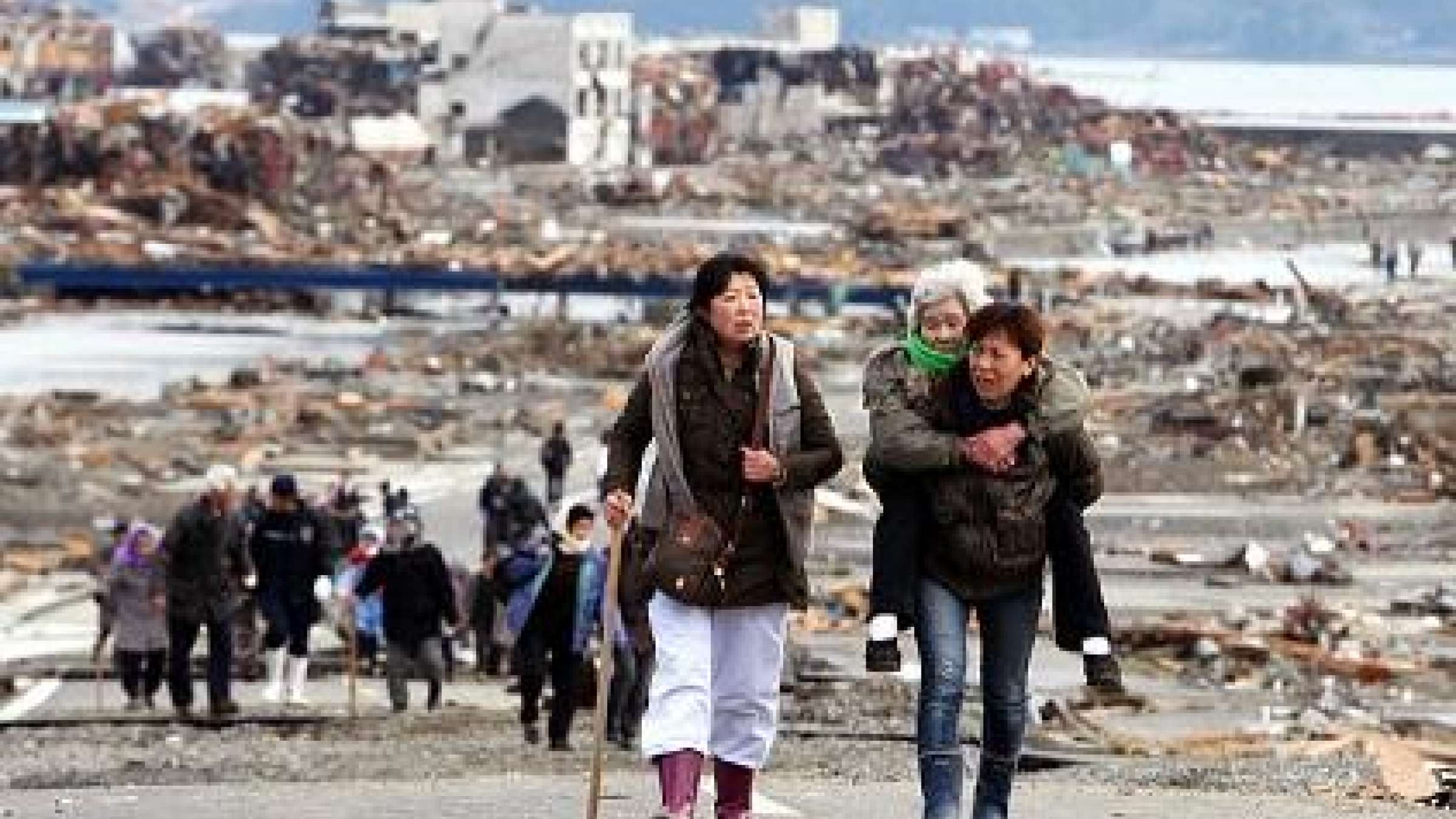 Women must be at the heart of the disaster risk reduction process, or efforts to curb the impacts of hazards will go awry, experts say(Photo: Warren Antiola)

ISTANBUL, Turkey, 26 March 2017 – Efforts to curb the threats posed by natural and human-induced hazards will go off track if they keep women and girls out of the picture, experts told Europe’s top disaster risk forum today.

Sidelining half of society is completely wrongheaded, Ms. Hiba Qasas, Chief, Crisis Prevention, Preparedness and Response at UN Women, told a special session of the European Forum for Disaster Risk Reduction, which runs from Sunday to Tuesday.

The Sendai Framework Framework for Disaster Risk Reduction – a 15-year global blueprint adopted in 2015 with the aim of saving lives and curbing economic damage – puts gender front and centre due to its whole-of-society approach.

It was also be a prominent issue at the 2017 Global Platform for Disaster Risk Reduction, in Mexico in May.

Disasters affect men and women, and boys and girls, differently for an array of reasons.

For example, gender inequalities can hamper the influence and control of women and girls over decisions governing their lives and those of their families. And due to socio-economic conditions, cultural beliefs and traditional practices, women and girls are more likely to be affected if a hazard strikes, facing increased loss of life and livelihoods, and gender-based violence, during, and in the aftermath of, disasters.

“If there’s a group that’s being disproportionately affected, and if we want to achieve the first target of the Sendai Framework, which is reducing mortality, we need to understand why,” said Ms. Qasas.

She pointed to stark figures from disasters such as the 2004 Indian Ocean Tsunami, where women and children made up 77% of the victims in Indonesia, or the Solomon Islands’ own deadly wave of 2007, where the proportion was 96%. And in Bangladesh’s Cyclone Gorky disaster of 1991, women outnumbered men by 14 to 1.

Vulnerability was caused by insufficient access to information and early warnings, as well as the fact that they were less likely to know how to swim, and that long clothing hampered their movement.

“We know that gender inequality is a driver of risk, because there is entrenched vulnerability. The question is how to change this picture,” Ms. Qasas said.

Women should not just be seen as disaster victims, speakers underlined, given their huge potential and actual engagement and leadership in disaster risk reduction, and their often unique roles in resilience building, disaster response and recovery. Women are often first responders when disaster strikes, tending to the needs of their families and communities and coping with the adverse impact on their livelihood and possessions.

“Women can play an important role in the disaster risk reduction agenda, which is something that’s often overlooked,” said Ms. Paola Albrito, Head of UNISDR’s Regional Office for Europe.

Gender empowerment in disaster risk reduction is not just an issue for developing countries, speakers noted.

Mr. Kevin Blanchard, Senior Environmental Scientist in Global Disaster Risk Reduction at Public Health England, pointed to France’s deadly 2003 heatwave. Most of the victims were elderly women who were missed along the disaster risk reduction chain.

“In Paris, 66% of elderly women live alone. Research showed that they weren’t able to get the communication messages,” said Mr. Blanchard, who also runs the UK-based organization DRR Dynamics.

In the disaster’s wake, France shook up its heatwave risk reduction and response procedures.

The Sendai Framework calls for disaster data to be disaggregated by gender.

“We need to understand disaster risk in different ways, and to ensure that such disparities are reduced,” Mr. Blanchard said. “This is something that sometimes seems to be seen as a nice-to-have, when it should be a must-have.”

Gender has also been a prominent issue when it comes to disaster risk in Serbia.

“We all need gender-sensitive data, to address the role of women in risk-reduction planning, to address gender throughout the process,” said Ms. Sandra Nedeljkovic, Deputy Director of the country’s Public Investment and Management Office.

During Serbia’s 2014 floods, which displaced 32,000 people and caused 1.5 billion euros in damage, its Council for Gender Equality issued detailed recommendations on gender-sensitive response, while post-disaster analysis probed the specific challenges that women and girls faced. Serbia has since been etching gender into its risk and response policies.