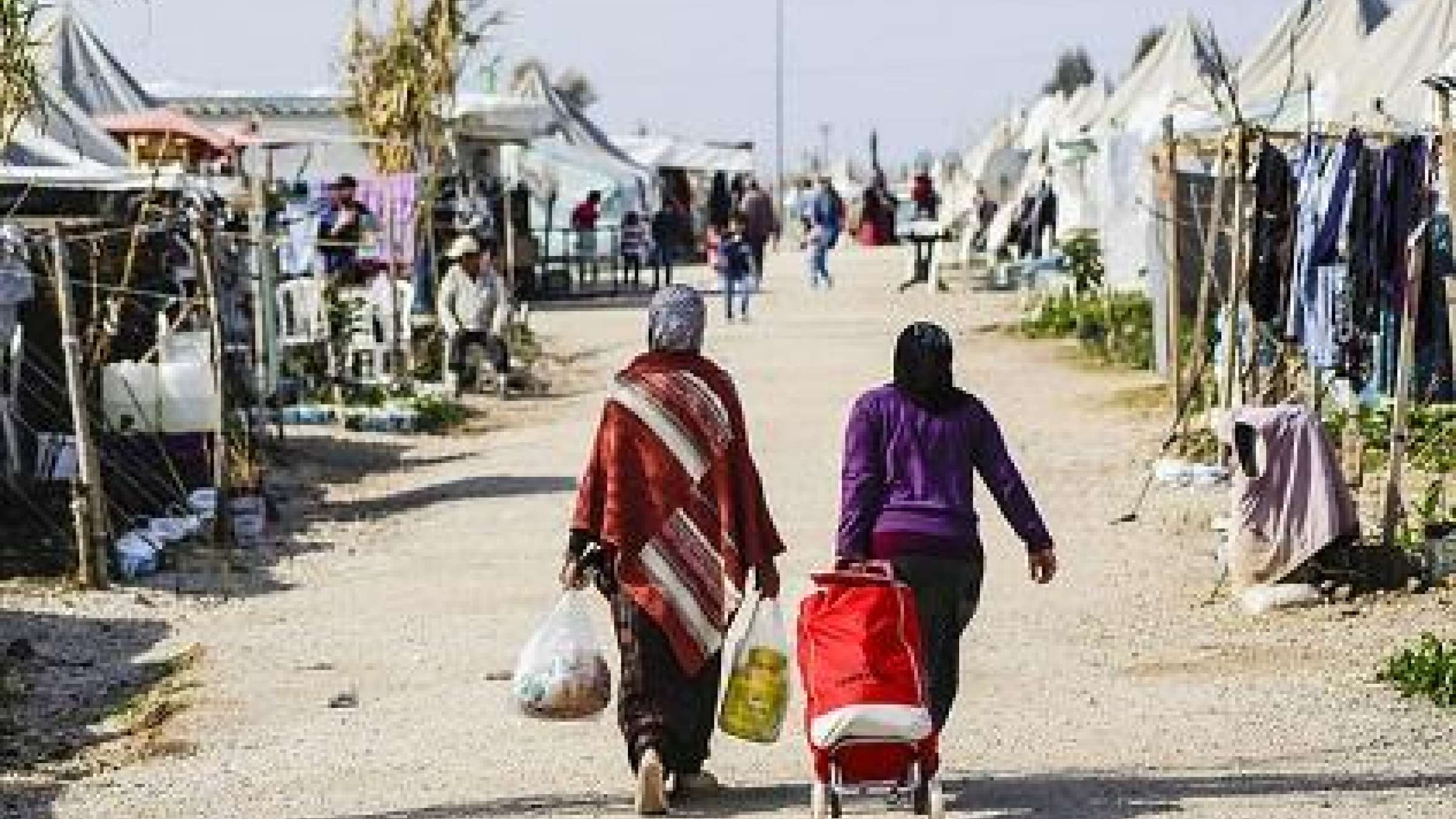 Turkey, host of the European Forum for Disaster Risk Reduction, has launched a programme to raise hazard awareness among the three million Syrians who have fled there (Photo: European Parliament)

ISTANBUL, Turkey, 30 March 2017 – Refugees and migrants must be included in efforts to reduce the risk of disasters, experts said this week at a European conference.

A special session of the European Forum for Disaster Risk Reduction spotlighted their vulnerabilities in the face of natural and human-induced hazards, but underlined that they also have an important role to play in curbing impacts.

There are some 250 million documented migrants globally, mostly living in urban areas, as well as 60 million people who are border-crossing refugees or who have been displaced within their own countries, the biggest level since the Second World War.

“If authorities don’t account for the needs of migrants before, during and after disasters, they won’t be reducing risk,” said Mr. Lorenzo Guadagno, Manager at the International Organization for Migration’s Department of Operations and Emergencies.

Five hundred experts have spent this week in the Turkish megacity of Istanbul assessing efforts to reduce the risk of disasters across the European continent, where the top natural hazards are floods, storms, heatwaves, earthquakes and wildfires.

In addition to economic losses, a major issue for developed economies, they addressed the links between disaster risk reduction and migration. That’s a high-profile topic, given the regional impacts of the conflict in Syria.

Mr. Halis Bilden, President of Turkey’s AFAD disaster management authority, underscored that his country has given a haven to three million Syrians since the conflict erupted in 2011. Around 300,000 live in 26 refugee camps, while the rest are in Turkish communities, including over 500,000 in Istanbul, he said.

In addition to providing for their immediate needs – two million polyclinic visits, one million operations, maternity care for 200,000 babies born on Turkish soil, and schooling for 400,000 children, to date – Turkey has launched a programme to train Syrians about disaster risk.

“We have many people here from Syria, so we have to prepare,” Mr. Bilden said.

Given that children are a key conduit for community disaster risk awareness, AFAD has translated its comic book-style training materials into Arabic. It has done the same with its handy guides to family emergency planning, safe construction, and earthquakes, landslides, floods, avalanches and fires.

Ensuring that no-one is left behind is the bedrock of the Sendai Framework for Disaster Risk Reduction, a 15-year international agreement adopted in 2015 to bring about substantial falls in fatalities and economic losses from natural and human-induced hazards.

“Exclusion is contrary to resilience,” said Ms. Virginia Bras Gomes, of the UN Committee on Economic, Social and Cultural Rights.

Central to the Sendai Framework, therefore, is an “all-of-society” approach. Migrants are cited among the groups whose specific needs should be addressed, alongside women and girls, the elderly, persons with disabilities, and indigenous peoples.

“This is something that is one of the key elements for the implementation of the Sendai Framework,” said Mr. Guadagno.

Migrants’ access to risk and prevention information can be hampered if they haven’t mastered the language of their new country, or are socially or economically isolated. They may be unaware of local natural or technological risks that seem obvious to the wider population.

“When major incidents and disasters occur, these vulnerable groups face the same problems as everyone else, but those problems are exacerbated by vulnerability,” said Ms. Ana Freitas of Portugal’s Civil Protection department, who chairs a network of the Council of Europe’s EUR-OPA Major Hazards Agreement.

“It’s essential to involve these groups, and the associations that represent them, in counter-disaster planning,” she said.

That can be done by actively engaging civil protection and other risk-management bodies, in what can be a mutually-beneficial process.

Mr. Malte Schönefeld, of the Public Safety and Emergency Management Department at Germany’s University of Wuppertal, spotlighted a programme in which fire and rescue service members train migrants about risk and take e-courses to understand migrants’ home cultures.

The fact that trainers are uniformed also helps overcome mistrust in the authorities due to bad experiences back home and in transit, he noted.

During a spike in migration to Sweden in 2015, Red Cross volunteers provided help and information at points of arrival, and then recruited new volunteers from among the people it had assisted.

“I myself came as a refugee to Sweden 25 years ago, so this is a topic close to my heart,” said Ms. Mohammed, originally from Eritrea.

Part of the prevention approach is to empower people, particularly at the local level. That can involve tapping migrants’ skills – underlined in a recent study by New Zealand’s University of Auckland which found that prior experience of disasters made migrants more resilient in the Canterbury Earthquakes of 2010-2011.

“If this perspective remains unutilized, we miss potential that can contribute to the resilience of society as a whole,” said Mr. Schönefeld.

That was echoed by Mr. Mohamed Hannan, European Coordinator of Disabled Peoples’ International. Originally from hazard-prone Bangladesh, he moved to France in 2008.

“Please don’t consider migrants just as beneficiaries. We also have skills and capacities that can help reduce the risk of a disaster,” he said.