Disasters and business continuity in the Philippines 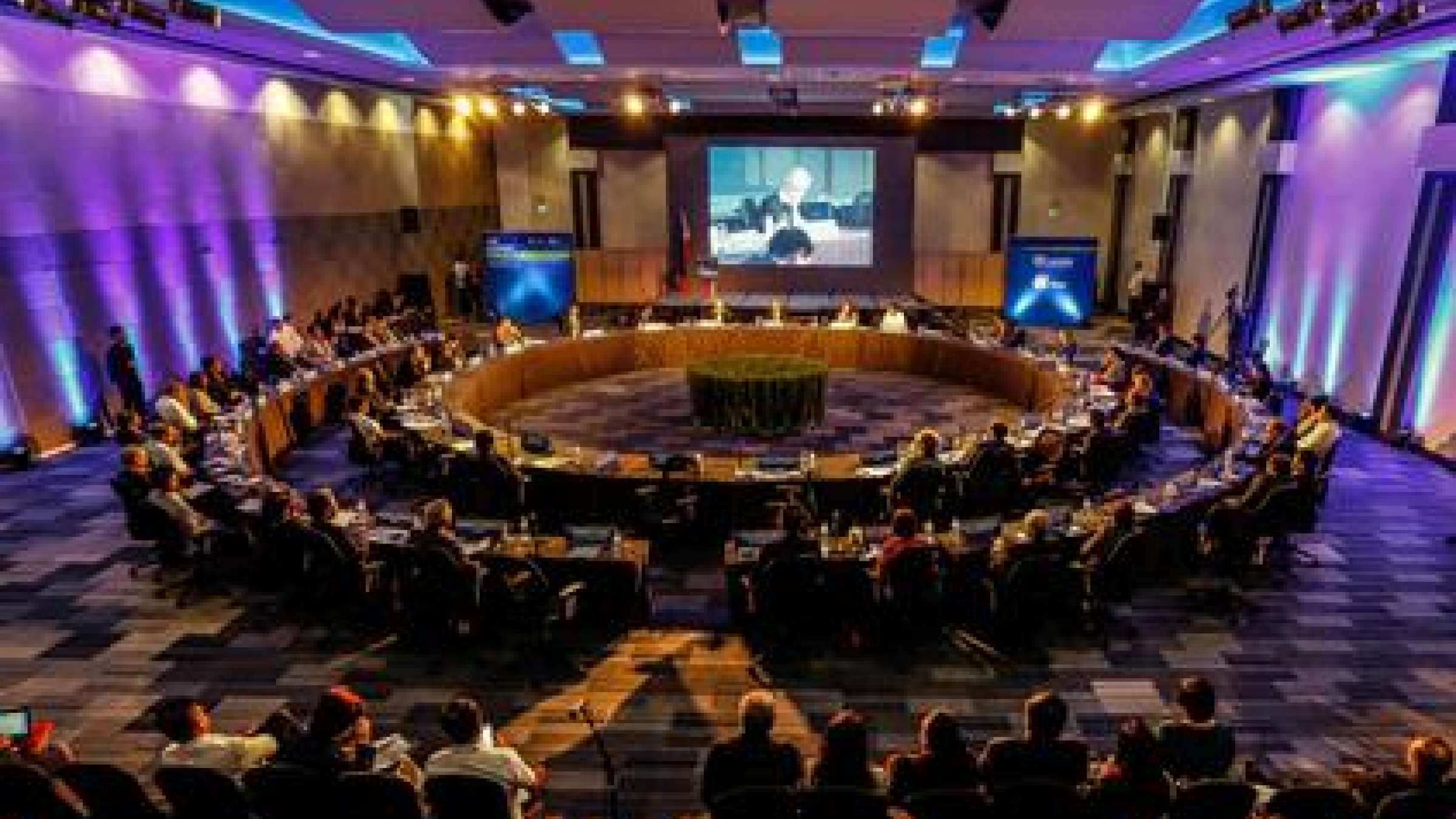 MANILA, 11 November 2014 - The first anniversary of Typhoon Haiyan which took the lives of 6,300 people and resulted in US$ 10 billion in economic losses, was the impetus for a gathering of 130 chief executives, middle managers and government officials to discuss building resilience to disasters yesterday in Manila.

Taking the recovery lessons from super typhoon Haiyan (local name: Yolanda), this year’s Top Leaders Forum called for protocols on cooperation between private companies and the Government, the promotion of resilience in critical infrastructure such as electricity grids, and the promotion of resilience as a core business practice in the management of supply chains and malls.

Mr. Hans Sy, President of SM Holdings, the country’s largest mall operator, noted that “malls are barometers of normalcy” and making them resilient and keeping them open during, and after, disasters is part of SMs responsibility.

This view was supported by Favian Cadiz, Vice Mayor of Marikina City, who said that he also considers malls as places of refuge during disasters. To do this, SM Holdings committed to promote the development of Business Continuity Plans for its mall tenants.

Margareta Wahlström, Special representative of the Secretary General for Disaster Risk Reduction co-chaired the event with Mr. Sy, and noted the need for all sectors to come together to prepare and manage disaster risks.

“No country, no government, no civil society on its own will be able to manage risks and strengthen resilience; it takes engagement by the business and private sector,” she stressed, adding “there is no doubt that the Typhoon Haiyan experience will influence the thinking on the new post-2015 framework for disaster risk reduction.”

Senator Loren Legarda DRR champion in the Asia Pacific and Chair of the Senate Committee on Climate Change, and Environment and Natural Resources, called for a cultural revolution for humanity to adapt to a fast changing environment and to adopt a risk-informed lifestyle.

“This will apply in all aspects of daily life and even for business – in designing a product, engineering a structure, and in planning development programmes or projects. DRR is not just about CSR or corporate social responsibility, but the private sector embracing resilience as a core strategy in doing business,” she said.

To mark their commitment to disaster resilience, participants put forward the 2014 Top Leaders Declaration that will support private sector discussions at the Third UN World Conference on Disaster Risk Reduction to be held in Sendai, Japan, in March 2015.

Private and public partnerships will be a major theme and an essential element of the successor of the Hyogo Framework for Action that will be adopted at Sendai.

Wahlström said the Declaration is “a firm and strong commitment from both the private and public sector to work closely together not only when disasters happen but before they happen.”

She added, “the synergy between public private partners is key to make the world safer and I am glad that the Philippines is showing the way and willing to demonstrate how the two sectors can benefit from each other.”

Ms. Marife Zamora, Chairman of Convergys Philippines Services Corporation, said “our company employs 55,000 people in 35 centers. Our company is into business process outsourcing. We don’t have products to sell. We need to have manpower available 24/7. Impact of a disaster is tremendous to our business. We need to ensure that companies have holistic measures for disaster resistance: first priority is to protect our human resources and protect our assets (infrastructure)”.

After the Forum, the United Nations office for Disaster Reduction (UNISDR), Philippine Insurers and Reinsurers Association (PIRA) and SM Prime Holdings, Inc. hosted the First Philippine Insurance Forum on Strengthening Disaster Resilience in the Philippines. The forum attended by a representative of the Department of Finance as well as national and international insurance and reinsurance representatives, discussed efforts on disaster risk insurance and possible collaboration and cooperation at national and local levels.