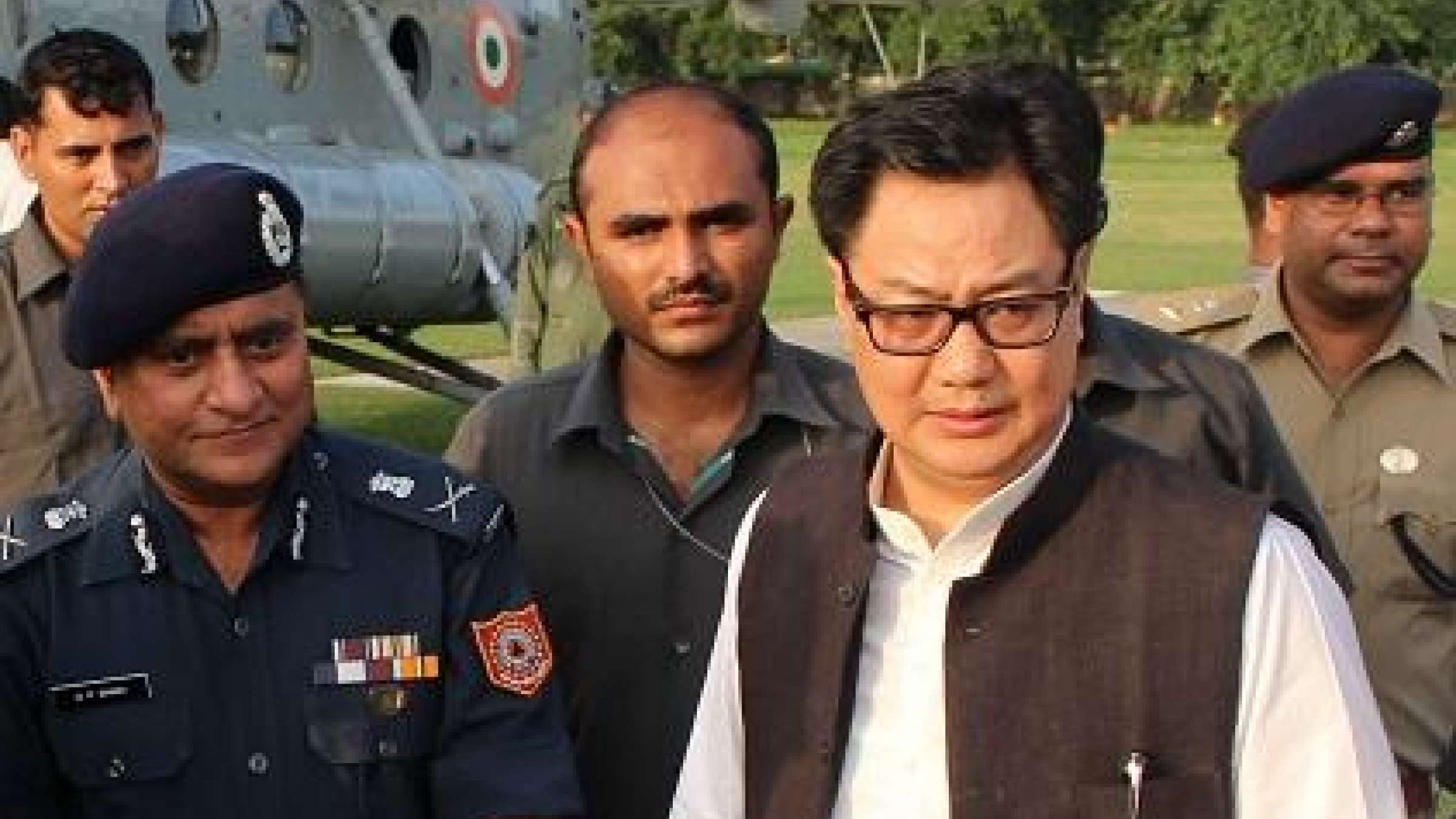 BANGKOK, 6 June 2016 – India’s UN Champion for Disaster Risk Reduction is confident his country will seize the huge opportunity of building sustainable and resilient development in the world’s second-most populous country.

The Minister of State for Home Affairs Mr. Kiren Rijiju also hopes that last week’s launch of India’s first-ever National Disaster Management Plan will inspire governments and partners across Asia and the Pacific to address the escalating disaster risk in the region.

Minister Rijiju said India had been determined to release the National Plan – unveiled by Prime Minister Narendra Modi – well ahead of hosting of the Asian Ministerial Conference on Disaster Risk Reduction, in New Delhi, in November 2016. The country wanted to demonstrate its regional commitment to strengthening disaster resilience.

“(India’s) National Disaster Management Plan is completely in line with the Sendai Framework for Disaster Risk Reduction … and we hope that it inspires other countries to integrate DRR as a core part of their development planning,” Minister Rijiju said.

“It was a challenging task due to many reasons, such as the size of our country, the diversity in terms of geography, population, and the nature of hazards and vulnerabilities – it’s very, very complicated.

“(However) if India can integrate the Sendai Framework into its national development planning it should certainly inspire other countries in the region to boldly embrace it too. We feel that our National Disaster Management Plan could serve as a reference to other countries, especially our neighbours in Asia.”

The UN Secretary-General, Mr. Ban Ki-moon said today: "I congratulate Prime Minister Narendra Modi and his Government on the launch of the country's first-ever National Disaster Management Plan. I am particularly pleased that it is centred on the four priorities for action of the Sendai Framework for Disaster Risk Reduction. This new plan is a major boost to the 2030 Agenda for Sustainable Development and sets an important example for others to follow as we seek to build a safer, more resilient world by reducing existing levels of risk and avoiding the creation of new risk."

He added: "India’s support is vital to global efforts to reduce disaster risk and losses. Few other countries have more people affected by disasters. The United Nations will continue to count on India's leadership, including at the Asian Ministerial Conference on Disaster Risk Reduction in New Delhi in November."

“The Government of India is one of the first in the world to come out publically with a plan which seeks to implement the four priorities for action of the Sendai Framework, focussed on spreading a greater understanding of disaster risk through education and public information, investing in disaster resilient infrastructure and committing to improved disaster preparedness and building back better in recovery, rehabilitation and reconstruction,” he said last week.

In recent months, India has experienced an array of disasters that have made international headlines – plus many more that have not. These include severe floods in Chennai and the south, a heatwave and drought across swathes of the country and an earthquake in the country's far northeast.

Minister Rijiju said the success of his country’s new plan hinged on three factors: first, that all partners fully understand the scope of hazard risk and embrace their roles to manage this; second, that inclusive and coordinated approaches under the leadership of government are adopted; and third, that local capacity is strengthened.

“It is important to emphasize that the plan is not a static document. It will be revised periodically in line with the changing risk scenarios and implementation experience,” he said.

As he looked ahead to November, Minister Rijiju said India attaches great importance to hosting the Ministerial Conference in New Delhi: “I am very, very hopeful that this conference will re-dedicate all Asian countries towards implementation of the Sendai Framework.

“The conference will be a basis not only for India but for the whole of Asia Pacific to take a lead role (in disaster risk management). I am pretty sure and confident that we will be able to ensure that the Sendai Framework will be absolutely adhered to and we will be successful.”

The theme of the 2-5 November conference is ‘risk sensitive development for community resilience’. Three main outcomes are expected: a political declaration that consolidates government commitment to implement and monitor the Sendai Framework; an Asian Regional Plan for Implementation of the Sendai Framework; and stakeholder ‘action statements’ that support the first two.

UNISDR recognized Minister Rijiju as a Champion in November 2015. At the time, UNISDR said: "The institutional capacity and shift needed to put disaster risk reduction at the core of sustainable development requires political leaders to champion the culture of risk reduction at all levels and across all sectors.”

The Sendai Framework, a 15-year global agreement adopted in March 2015, aims to bring about substantial reductions in disaster mortality, the number of people affected, and economic losses by preventing and reducing disaster risk.