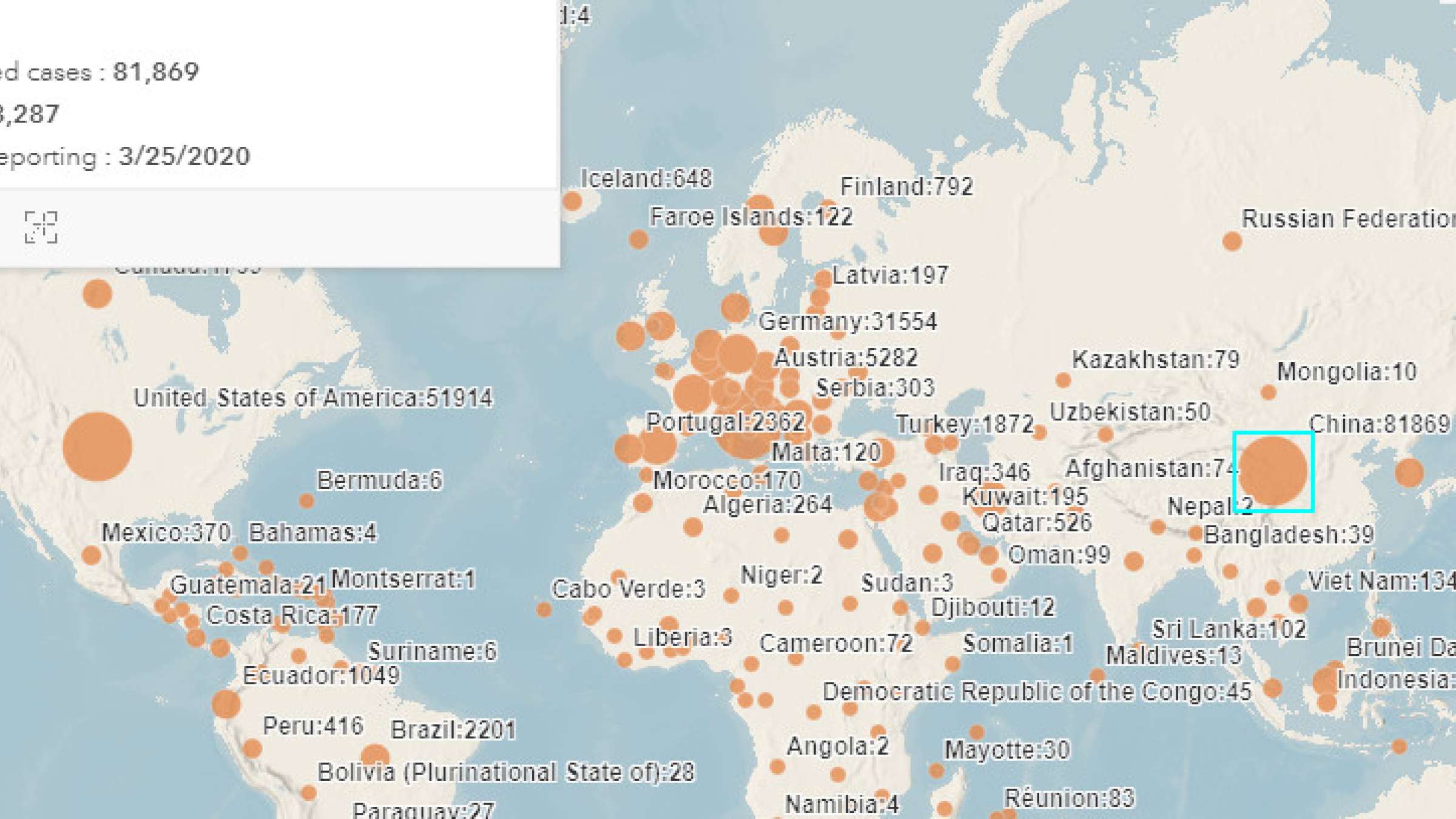 WHO dashboard for COVID-19

GENEVA - A serious shortage of medical resources was one of the main challenges which China had to overcome to stabilize the COVID19 outbreak in Wuhan, Hubei, where a mortality rate of 4.7% was recorded compared with 0.9% in the country’s 30 other provinces.

She was speaking at a second webinar organized this week by UNDRR’s Global Education and Training Institute, and WHO, which focused on lessons learned from China’s experience of the pandemic following an earlier one which focused on lessons from South Korea. Over 1,300 health and disaster management experts from over 150 countries registered for the two webinars.

“It is an epidemic that has been nipped as it was growing and stopped in its tracks. This is very clear from the data that we have, as well as the observations that we can see in society in general. So that's a big lesson: that the natural course of the outbreak does not need to be a very high peak that overwhelms health services. This lesson in containment, therefore, is a lesson that other countries can learn from and adapt for their own circumstances," he told UN News.

Prof. Yang attributed the fast spread of the coronavirus in Wuhan to the fact that it is located in the centre of China and there is high population density with 15 million people living there. Among them are many vulnerable groups including 14% of the population aged over 65 years.

A citywide lockdown was announced on January 23 two days before the Chinese New Year.

There was limited health care infrastructure and low public awareness initially of what was a new virus with little knowledge about its impact and means of transmission.

China took an all-of-government, all-of-society approach to identifying and controlling the source of the infection using testing, epidemic survey, isolation and social distancing from early on in an all-out effort to stop the spread of the disease.

It also reduced the risk of long-range transmission by closing transport links including highways, air and rail travel.

Resource allocation was also stepped up with hospital bed numbers increasing by 150,000 during the month of February. Each city in Hubei was paired with a province in China to provide medical support resulting in the deployment of over 40,000 health personnel.

Prof. Yang said special attention should be given to vulnerable populations in hospitals, nursing homes, prisons and schools.

One key overall lesson from the experience to date was “improving the awareness and ability of the public and the community in disaster prevention and mitigation, and risk communication.”

Prof. Yang concluded that international collaboration is extremely important at this moment. “We need to strengthen the collective efforts in information sharing, emergency logistics, transmission control and R&D of medicine and vaccine,” she said.