Developer unveils vision of cities as havens during disasters 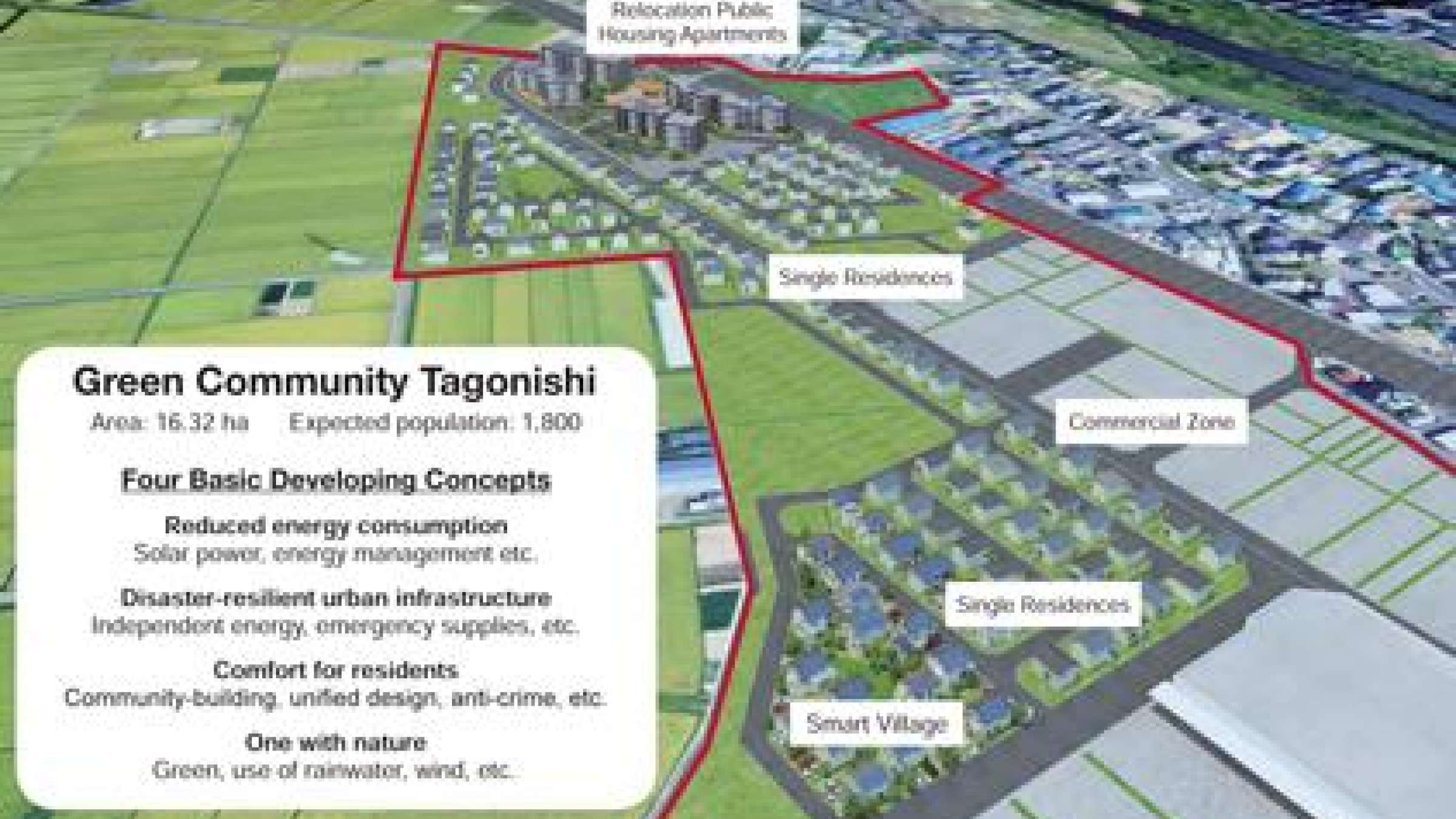 Overview of Green Community Tagonishi, a project by Kokusai Kogyo to build and develop a disaster resilient neighbourhood.

TOKYO, 17 June 2013 - An innovative urban developer in one of the world's most hazard-prone countries has urged public and private sector leaders to embrace his company's vision of building cities that 'people escape to rather than run away from' during disasters.

"Mori Building has recognized the need to explicitly deal with earthquake risk in the construction and maintenance of its developments," Mr. Sano told the high level audience at the United Nations University in Tokyo.

"We promote an urban development concept that seeks to build 'a city to escape into rather than a city from which people run away."

Mori Building has sensed a clear business opportunity to create shared value. A survey of office re¬quirements of more than 1,000 companies in Tokyo, just after the 2011 earthquake re¬vealed that 92 per cent of firms regarded earthquake resilience as the most important factor in their decision making. The second most important consideration (55 percent) was the building management to have proven disaster management capability. Back-up of electricity to avoid power outages (51 percent) was third.

The success of Mori's approach to take concerns seriously speaks for itself: its large commercial buildings are fully occupied.

The Tokyo launch of the GAR2013 had added symbolism and significance after the recent announcement that Japan will host the Third UN World Conference on Disaster Risk Reduction in Sendai City in March 2015, coinciding with the fourth anniversary of the disaster. Sendai City was the biggest city in the Tohoku Region which was badly damaged by the 2011 earthquake and tsunami.

The Conference in 2015 is set to agree a successor to the Hyogo Framework for Action which expires in 2015.

Yukimoto Ito, Vice Mayor of Sendai, reiterated his city's commitment to share their experiences and lessons learned from the disaster and to urge the international community to take DRR actions and prepare for future disasters.

Sandra Wu, Chairperson of Kokusai Kogyo and new chair of the UNISDR Private Sector Advisory Group for the next two years, says in the introduction: "The publication is intended as a practical guide, providing concrete and executable ideas intended to encourage other countries and members of the private sector to learn from them and implement the practices in their own disaster risk reduction approaches."

The Japanese version of the 'Pocket GAR13' version of the report was made available at the event, which was opened by Rector of the United Nations University, David M. Malone and Akira Fukushima, Deputy Director-General from Ministry of Foreign Affairs of Japan.