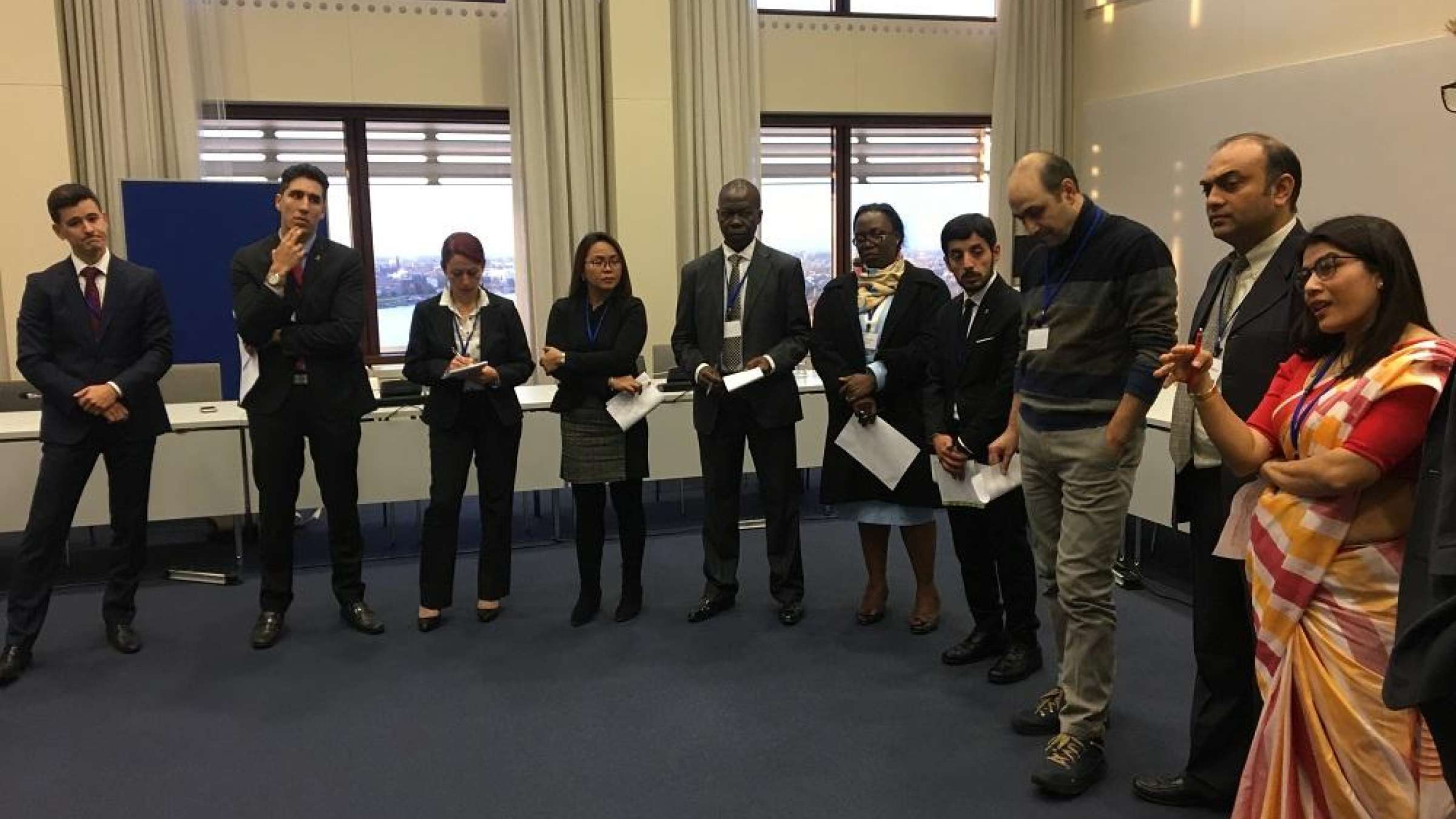 BONN, 13 November, 2019: 2020 is a year of reckoning for implementation of the Sendai Framework, the global plan for reducing disaster losses.

These deadlines were uppermost in the thoughts of more than 75 participants from 35 countries who met in Bonn, Germany, for the third annual Technical Forum on the "Contribution of the Sendai Framework Monitoring (SFM) Process to Reducing the Risk of the Most Vulnerable" through November 5 to 7.and organised by UNDRR with the support of the Government of Germany.

The good news is that 103 countries are now reporting on their disaster losses for 2018 ensuring that progress can be measured on reducing disaster losses across four key targets of the Sendai Framework: reducing mortality, numbers of people affected, economic losses and damage to critical infrastructure.

Speaking at the opening, the Deputy Head of the Liaison Office for the UN Campus – Bonn, Federal Foreign Office of Germany, Stefan Kruschke, acknowledged progress achieved so far and emphasized the complex challenges posed by natural and human-induced hazards.

“Disasters are key obstacles to sustainable development and are increasingly intensified by climate change” said Ricardo Mena, Chief of the Supporting and Monitoring Sendai Framework Implementation Branch of UNDRR in his welcome remarks. Mr. Mena also called for greater ambition in the implementation of measures to reduce disaster losses.

Participants represented UN entities and various other stakeholders. OECD-DAC members like Germany and Switzerland exchanged experiences on Sendai Framework Monitoring with LDCs in the break-out groups.

Small Island Development States like Barbados and Nauru showed their commitment and made strong contributions to the discussions. Offices responsible for disaster risk reduction and those for official national statistics shared differing perspectives on the topic of monitoring disaster losses.

Country representatives shared their successes and best practices. Ensuring buy in of all the relevant ministries and departments is critical for reporting. said one speaker. Developing the capacity of personnel in monitoring pays rich dividends said another.

Speakers also spoke about the challenges they faced. Whether in quantifying international cooperation or disaggregating data by gender, age or income; constraints in attribution and data collection continue to be limiting factors for reporting. There was a strong recommendation for working with the UN Resident Coordinator system to build a broad-based network of strong institutions that contributes to the SFM process.

Given that five of the seven Sendai Framework targets directly feed into the SDG monitoring mechanism, the Technical Forum agreed that building stronger political will and making the business case for engaging finance and planning ministries, are key to effective social and economic policy making.

Bhutan showcased the development of custom targets and related indicators aligned to the Sendai Framework. Custom targets are targets developed by the countries based on their own particular context and disaster profile, and they enable monitoiring and reporting to  go beyond the seven global targets of the Sendai Framework. The custom indicators are directly linked to Sendai Framework target (e) as they were overwhelmingly acknowledged as a key instrument for monitoring national and local strategies for disaster risk reduciton.

It was generally agreed that the success of Sendai Framework monitoring, and achieving coherence among global frameworks, lies in the close cooperation among all entities concerned in achiveing target (e).

The countdown has started to next year's Technical Forum which will take stock of the level of achievement in implementing target (e).