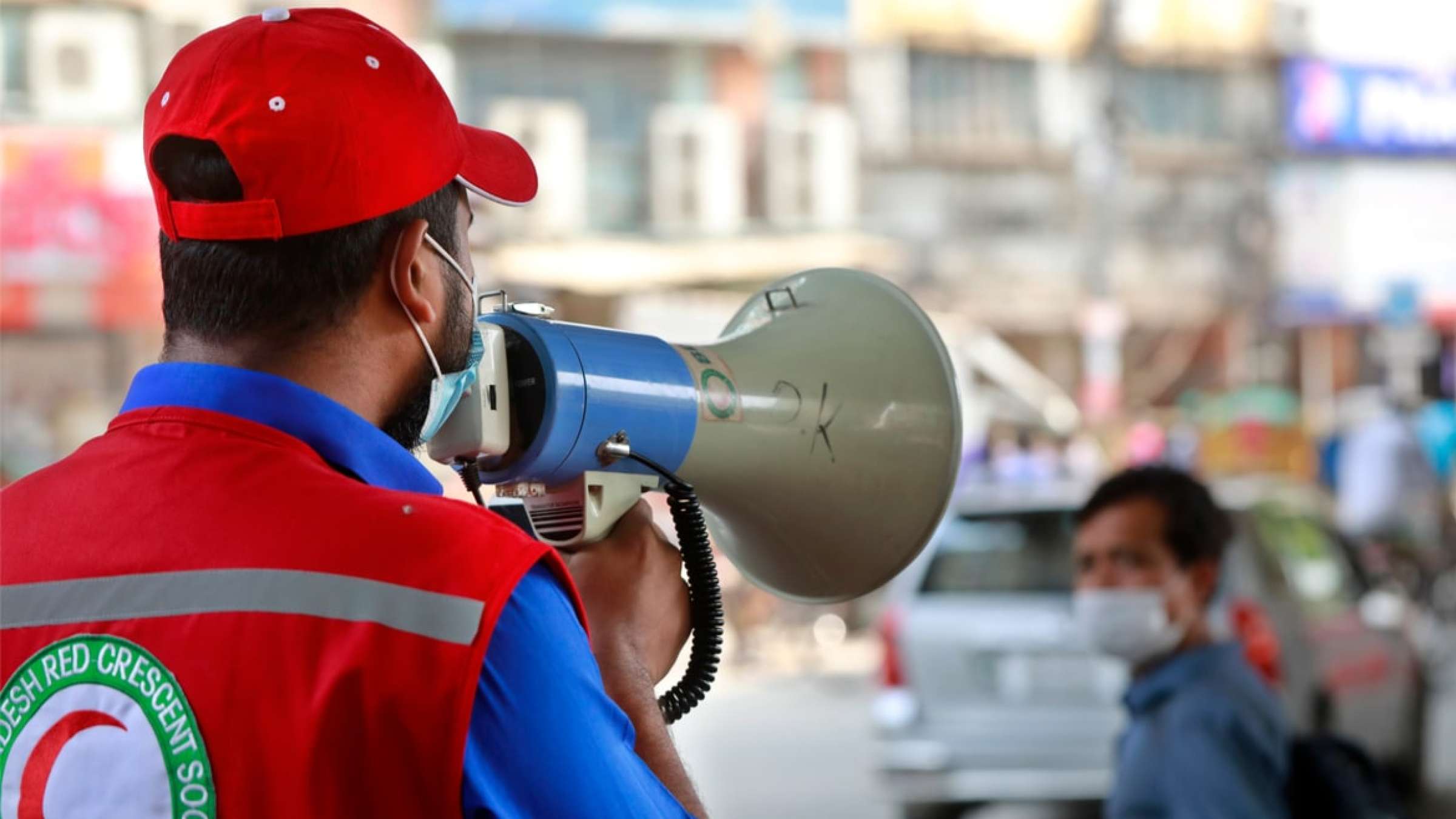 Bangladesh as a nation is the living embodiment of resilience. And nowhere is this recognised more clearly than in the worldwide acclaim for its Cyclone Preparedness Programme (CPP) which is a role model for many other climate vulnerable nations seeking to cope with the climate emergency and extreme weather events.

Comprising over 76,000 volunteers today, it came into being 50 years ago as the country was reeling from the effects of a brutal war of independence and the Bhola cyclone of November 1970 that may have killed up to one million people.

Under the leadership of the Government of Bangladesh, and with the support of the Bangladesh Red Crescent Society, the International Federation of Red Cross and Red Crescent Societies (IFRC), UN and other humanitarian partners, it has become a model of how inclusive early warning and early action can save lives.

Despite rising seas and coastal erosion, mortality has been coming down thanks in great part to the efforts of the CPP volunteers, 26 of whom have lost their lives since 1971.

Another milestone was reached in the development of the programme in recent years when, in the spirit of inclusion advocated by the Sendai Framework for Disaster Risk Reduction, thousands of Rohingya refugee volunteers were trained in the camps around Cox’s Bazaar which are vulnerable to fires, landslides, high winds and heavy rainfall.

Under the leadership of Ministry of Disaster Management and Relief, a multi-hazard approach is being fully embraced and this expansion in its range of activities is leading to more effective implementation of the Sendai Framework.

CPP volunteers are now active in hilly areas of Bangladesh such as Cox’s Bazar and Bandarbhan districts, engaged in monsoon-related early awareness of landslide risk.

In coastal areas where embankments are threatened by sea-level rise and tidal surges, “Dam Care” volunteers are being trained to monitor the embankments during high tides and to provide early warnings on possible breaches and localized flooding.

Over 30 million people were displaced last year by extreme weather events around the world and Bangladesh regularly experiences this phenomenon which drives poor people ever deeper into poverty.  I have no doubt that the CPP programme will deepen our understanding of climate-related disasters and their impact on the growth of informal settlements in distant cities and towns.

The need for a multi-hazard approach is one of the key lessons of the COVID-19 pandemic, and one that UNDRR advocates for all to follow as an important building block not only to save lives but to reduce the percentage of GDP that low- and middle-income countries lose to disasters. In the absence of such an approach and without widespread use of multi-hazard early warning systems, it will be challenging to eradicate poverty and to achieve many other SDGs.

The focus of this year’s International Day for Disaster Risk Reduction is on enhancing international cooperation to developing countries. Bangladesh and the CPP deserve all the support they need to ensure that growing climate risks do not impair Bangladesh’s graduation to middle-income status.

I congratulate the Government of Bangladesh, the Cyclone Preparedness Programme staff, and their dedicated volunteers on this 50th anniversary and wish you all continued success in the challenging years ahead.