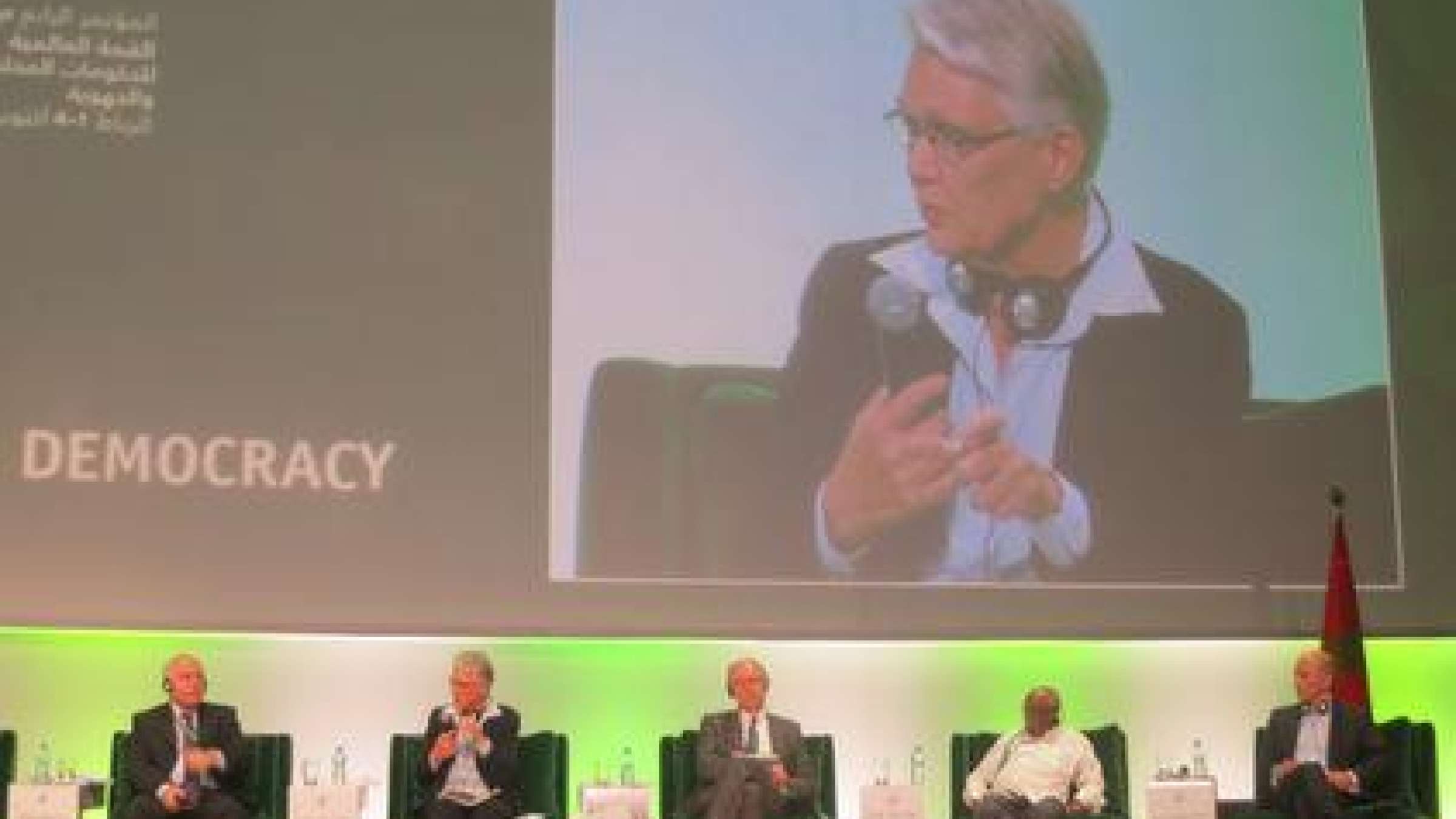 Last year 116 million people around the world were affected by floods and many millions were forced to flee their homes.

Ms Wahlström was speaking at the Congress’ 1st Thematic Roundtable on Fostering Wellbeing and her views chimed with other keynote panellists at the showcase event.

The President of the National Slum Dwellers Federation in India, Mr Jockin Arputham, emphasized the critical importance of self-organizing communities that solve their own local crises. “Even the most perfect of democracies can’t deliver everything, they need citizens to help,” he said.

The Mayor of Casablanca, Mr Mohamid Sajid, spoke about the challenges of rapid urbanisation and associated growth of informal settlements but explained how Morocco’s biggest city had reduced its slum populations in partnership with communities living on the margins.

Ms Wahlström focused on the issue of information to illustrate how inclusivity translates into safer and resilient cities for all citizens: “How can local leaders and communities take decisions to mitigate risk if they do not have access to the right information,” the UNISDR Chief said.

“Successful and safe cities of the future will see more partnerships based on the perspectives of those communities and disaster managers at the local level. They are the ones who face the biggest challenges and often have the fewest resources.

“The dynamism and creativity of cities means that many of the solutions to reduce disaster risk, particularly from the increasing threat of floods, are within their grasp.”

The UNISDR Chief was confident that this collaborative vision would be captured in the new post-2015 international framework for disaster risk reduction as global consultations gather pace.

“It is important to build on the achievements of the Hyogo Framework for Action, which has strengthened national institutional and legal frameworks and improved preparedness and response but we need to go further,” she said.

“More needs to be done to address underlying drivers of disaster risk such as better planning regulations, better management of local ecosystems and better access to risk knowledge on the ground.”

Ms Wahlström highlighted the progress of many municipalities within UNISDR’s Making Cities Resilient Campaign, launched in May 2010, which now has more than 1,500 members.

The United Cities and Local Governments Congress in Rabat, which closed today, saw more than 3,000 delegates converge on the Moroccan capital to emphasize the growing influence of city and local leadership.