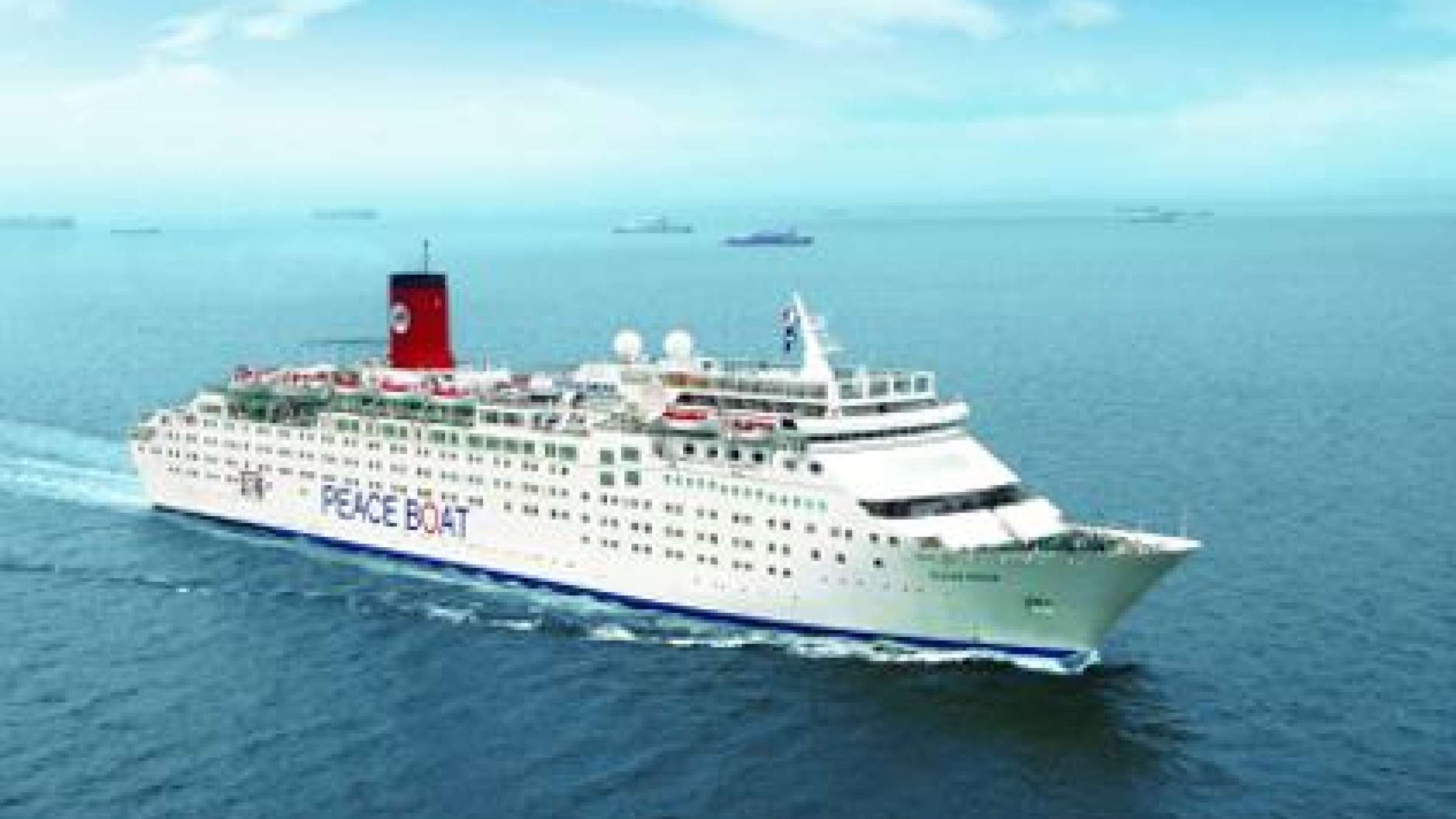 UNISDR has gained a new campaign partner in Peace Boat.

GENEVA, 27 May 2014 – The Making Cities Resilient Campaign is set to take to the high seas after the UN Office for Disaster Risk Reduction (UNISDR) today announced a new partnership with Peace Boat.

The international NGO has agreed to raise awareness of the campaign at each of the 60 ports of call its main education vessel is due to make during the remainder of 2014 and 2015.

Co-founder and Director of Peace Boat, Mr Tatsuya Yoshioka , said the partnership provided an immense opportunity for the campaign’s message of resilience and sustainable development to be delivered around the world.

“Our ship has the capacity to serve the campaign as: a messenger, with its physical presence able to raise awareness in the ports we visit; a venue for delivering education and training programmes; and a vehicle, able to bring people and expertise to different regions in the world,” Mr Yoshioka said.

The Making Cities Resilient Campaign logo will be posted on the side of the vessel, making it visible to hundreds of thousands of people during the course of the year.

UNISDR’s Chief of Advocacy and Outreach, Mr Jerry Velasquez, said the agreement would enable the campaign to spread to some of the world’s more exposed cities.

“The 2013 Global Assessment Report on Disaster Risk Reduction highlighted how much of the spectacular economic development witnessed over the past 40 years has taken place in coastal cities that are highly exposed to hazards,” Mr Velasquez said.

“With the probability of more intense and unpredictable disasters affecting many coastal developments it is essential that the core messages of the campaign are heard and acted upon in such places. This new partnership can make this happen.”

Founded in 1983, Peace Boat works to promote peace, human rights, equal and sustainable development and respect for the environment through its education programmes, cooperative projects and advocacy.

Peace Boat has been engaged in community disaster risk reduction support as well as responding to disasters in 15 countries since 1995.

The Campaign is grounded in the Hyogo Framework for Action, the global agreement on disaster risk reduction, and is organized around “10 Essentials”. Local governments that sign up to the Campaign are requested to undertake a self-assessment exercise via the so-called Local Government Self-Assessment tool (LGSAT) developed by UNISDR in 2011.

More recently, UNISDR added the Disaster Resilience Scorecard tool for cities to check progress and identify gaps in their resilience. The scorecard was developed by IBM and AECOM and is available online, for free.