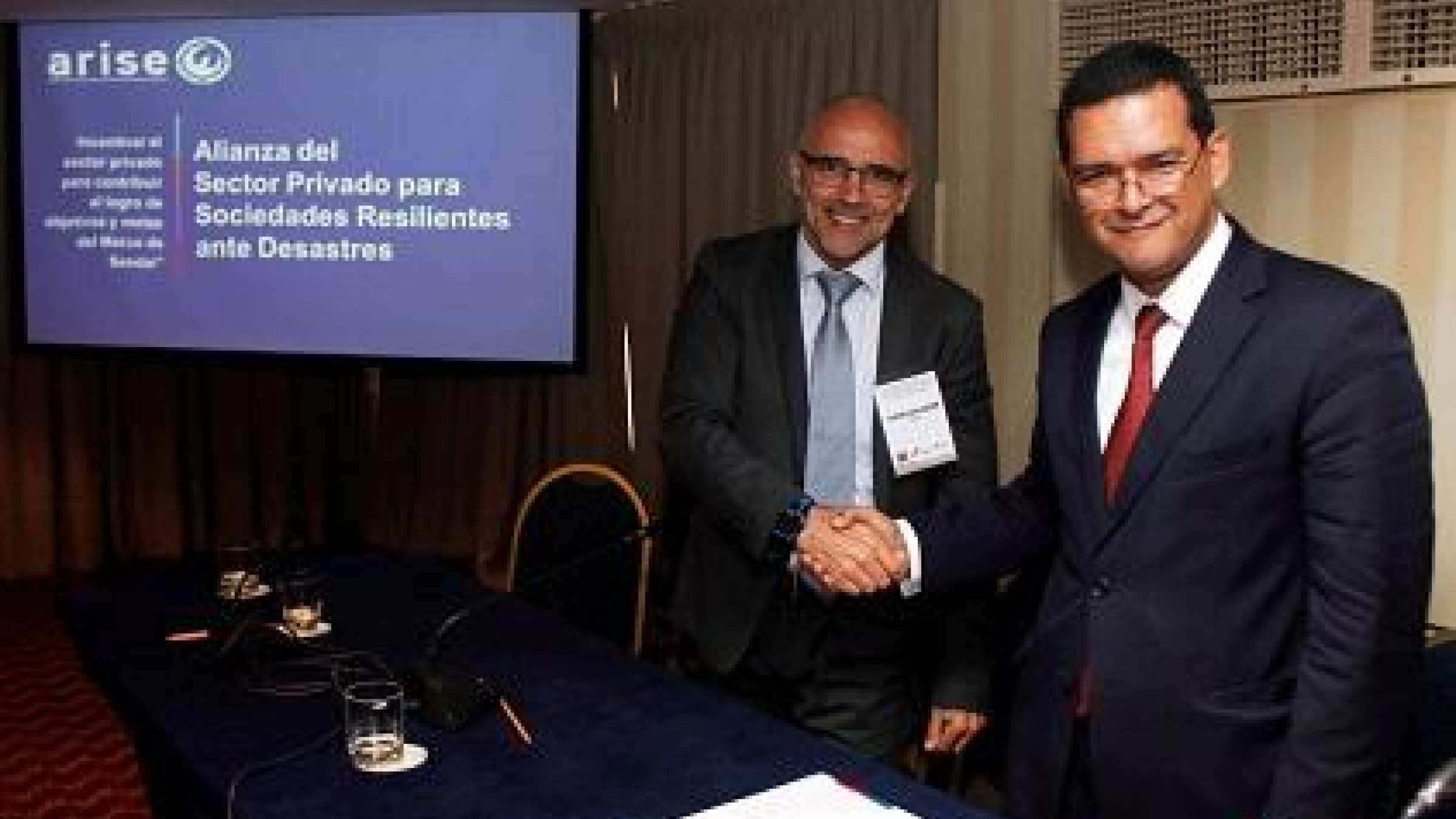 SANTIAGO, 27 December, 2016 – Businesses in Chile have come together to form the latest national chapter of UNISDR’s Private Sector Alliance for Disaster Resilient Societies.

The Crisis Management and Organizational Resilience Service, or SeCRO, an initiative promoted by Fundación Telefónica, Transbank, Aguas Andinas and five other companies that are leaders in corporate responsibility and sustainability, is at the helm of the Chilean chapter.

The Private Sector Alliance for Disaster Resilient Societies, known for short as ARISE, was created in November 2015. Its aim is to leverage business resilience know-how and encourage investment decisions that take disaster risk into account, in order to help the private sector to play its role in implementing the Sendai Framework for Disaster Risk Reduction, a 15-year agreement adopted by the international community in March 2015.

“Companies view ARISE as an excellent bidirectional platform that on the one hand can import applicable experiences to Chile and on the other hand share the experience developed in Chile which may be of use to other countries,” said Mr. Juan Luis Quer Cumsille, Director of SeCRO.

“At the same time, SeCRO values the efforts of companies to prepare themselves for potential crises by promoting cross learning.  In other words, companies learn from the experiences they themselves explain to the group, in addition to the new concepts we introduce.”

ARISE has been developing apace in the Americas. The roll-out of the Chile chapter comes just weeks after one was created in Peru, while their Colombian counterpart is already up and running.

National chapters of ARISE aim to strengthen the joint capacities of the initiative, to promote commitments and opportunities directly related to their country and to widen the membership among other key actors for disaster risk reduction at the national level. Their work is mirrored by regional ARISE networks.

ARISE is a voluntary group of more than 140 companies and organizations, headquartered in 38 nations and active in 150 countries around the world. They work with UNISDR to promote the integration of disaster risk reduction into private investment planning, as well as more resilient short- and long-term investments in a swathe of industry sectors.

The private sector accounts for more than two-thirds of investment worldwide, meaning that its resilience-building efforts have a critical impact on disaster risk reduction in communities, nations and at the global level.

Chile faces a wide range of risks, with earthquakes and storms accounting for the bulk of its economic losses in disasters.

The launch of ARISE in Chile took place within the framework of the Fifth Regional Meeting on Public-Private Partnerships for Disaster Risk Reduction in Latin America and the Caribbean, organized by the Permanent Secretariat of the Latin American and Caribbean Economic System (SELA), UNISDR and the National Emergency Office (ONEMI) of the Ministry of Interior and Public Security of Chile, with the support of the Office of US Foreign Disaster Assistance - United States Agency for International Development (USAID/OFDA).

SeCRO is an initiative promoted by the Cerdà Institute, made up of eight companies that work permanently to improve the level of preparation, both individual and collective, in the face of crises in order to anticipate, prevent and minimise the consequences.

SeCRO's mission is to become a leading player in the area of ​​resilience in order to work on those aspects of risk management, natural disasters, crises and emergencies in which company-company and government-company collaboration are key.