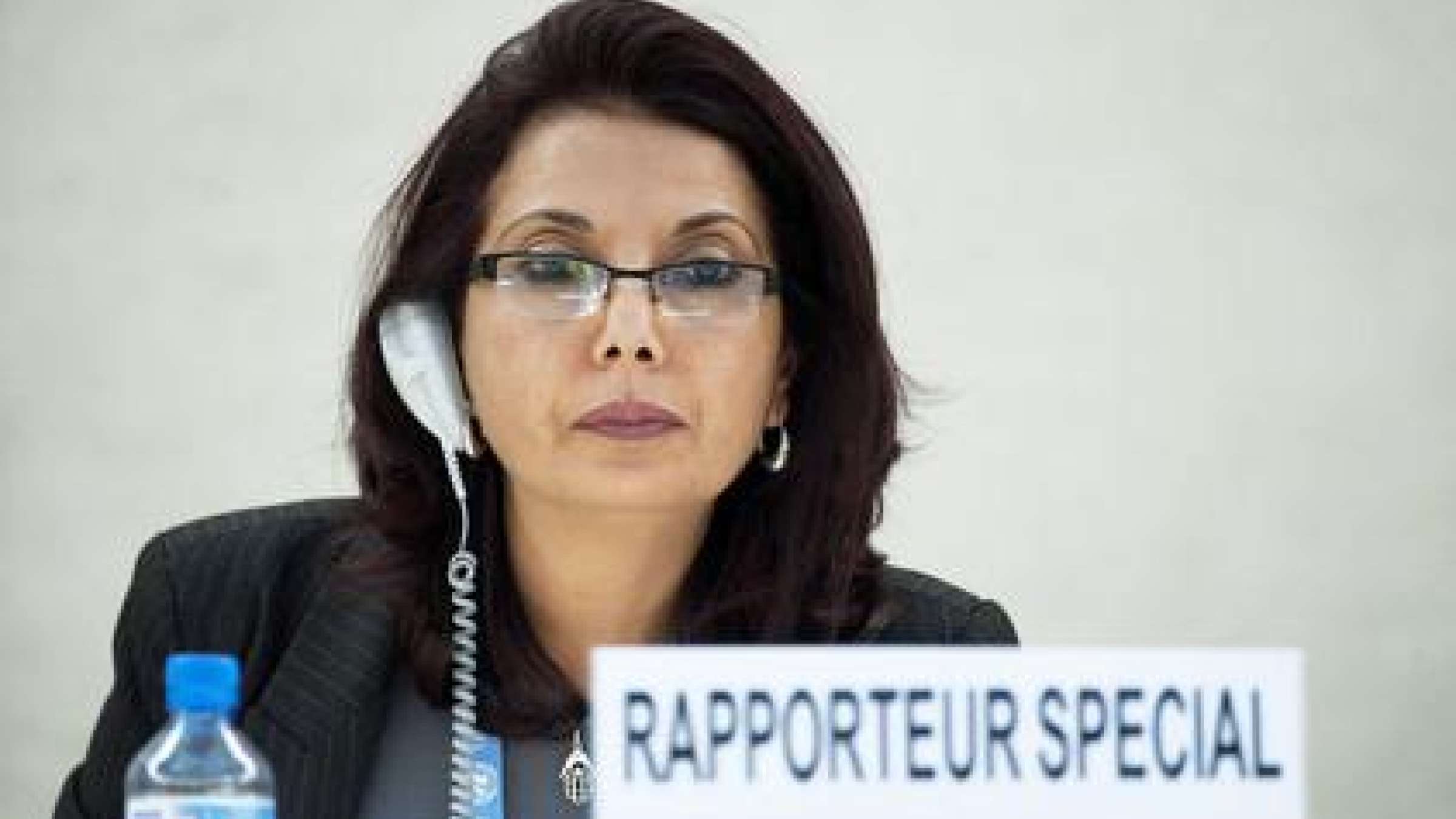 Najat Maalla M'jid, Special Rapporteur on the Sale of Children, Child Prostitution and Child Pornography during the 19th Session of the Council of Human Rights (UN Photo/Jean-Marc Ferré)

GENEVA, 26 March 2012 - Disasters and climate related catastrophes are increasing the dangers facing children today such as child trafficking, according to a recent report by Najat Maalla M'jid, the UN Special Rapporteur on the sale of children, child prostitution and child pornography.

"Children's vulnerability is significantly increased when they are separated from their families, unaccompanied, orphaned or displaced following humanitarian crisis," warned M'jid at a review of the report at the 19th Session of the Human Rights Council which ended on Friday.

"Some people exploit the chaotic environment that follows a natural disaster to engage in criminal activities, such as selling children for the purpose of illegal adoption, forced labour or sexual exploitation", stated the report.

"The situation enables them to circumvent national and international standards and remove children from their communities or national territory. Furthermore, the collapse or absence of a State system during and after an emergency results in a protection vacuum for children who may become separated from their families", the report said.

"A lack of coordination and clear allocation of roles and responsibilities of multiple international and local responders in times of natural disasters [has] paved the way for confusion, unnecessary duplication of efforts and significant protection gaps," the Special Rapporteur underscored.

M'jid noted that, although it is acknowledged that children are the most vulnerable in these situations, the actual scope of the sale - for illegal adoption and forced labour for example - is difficult to determine due to the absence of reliable information systems as well as to the illegal and clandestine nature of these activities.

She also highlighted disasters such as drought which many seemed to think did not require a child protection component. "Responses typically focus on food. But drought causes displacement and increases vulnerability, especially amongst children. Such disasters also require protection and funding mechanisms".

"We've been talking about including children and their perspectives in discussions and planning. This document - the fruit of consultations with 600 children across Africa, Asia and Latin America - outlines five priorities, the second of which calls for child protection to be a priority before during and after a disaster.

"We also know that the UNISDR Chief, Margareta Wahlström, strongly supports this Charter and will push for it to be a substantive part of the negotiations that are beginning on a successor to the Hyogo Framework for Action", Spalton said, highlighting the need for support from all sectors for that effort.

The Hyogo Framework for Action, Building the Resilience of Nations and Communities to Disasters, is a 10-year international blueprint for disaster risk reduction which began in 2005 and is up for review in 2015.

The Human Rights Council is a UN inter-governmental body whose mandate is to strengthen the promotion and protection of human rights around the globe, address human rights violations and make recommendations on them.