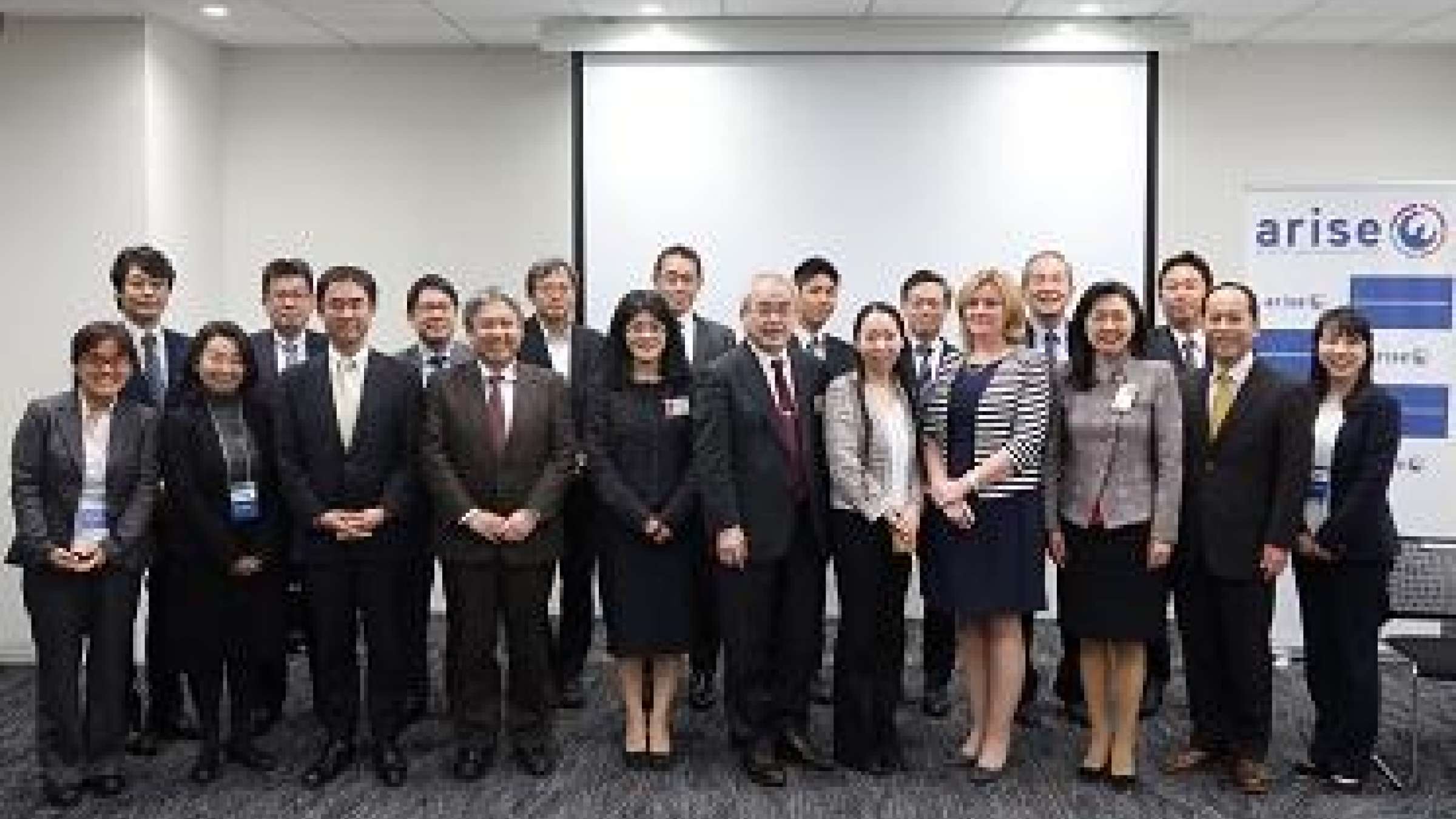 TOKYO, 13 March 2018 - A study of the 2011 Great East Japan Earthquake and Tsunami has emphasized the importance of economic recovery to the well-being of communities in the post-disaster phase.

Professor Itsuki Nakabayashi from Meiji University noted that, according to his study, both the availability of jobs and livelihoods, and the revitalization of commercial districts in the neighborhood, are integral to individual perceptions of recovery, and thus the resilience of local businesses plays a major role in post-disaster community well-being.

Prof. Nakabayashi was speaking at the annual symposium of ARISE Japan, the national branch of UNISDR’s private sector network, held on March 7, four days before the 7th anniversary commemoration of the 2011 disaster which also triggered the worst nuclear accident since Chernobyl.

In a panel discussion with representatives from national and local governments, civil society organizations, academia and the private sector, Mr. Yoshiki Kinehara from Mitsubishi Research Institute and a member of ARISE Japan, said: “Business continuity is about planning for, and ensuring, the continuity of ‘business as usual’”.

The Japanese Government takes seriously the issue of stranded commuters, which was highlighted by the experience of Tokyo in the 2011 disaster. A private sector representative in the audience, Mr. Takayuki Haryu from DIC Corporation, contributed his organization’s good practice of fostering a working relationship with local neighborhood associations expected to host a large number of stranded office workers.

Panelist Ms. Setsuko Saya, Director for international cooperation, Disaster Risk Reduction Bureau, in the Cabinet Office, Government of Japan, said: “As businesses and office workers help communities around their workplace stay resilient at times of disaster, they must equally rely on local businesses near their homes to be helping their families stay safe; in short, we rely on each other having effective continuity plans.”

These are to utilize business expertise to raise awareness on disaster risks and their impacts and improve understanding of disaster risk; to pursue Public-Private-Academia Partnerships (PPAP) to strengthen disaster risk management systems; to encourage companies along supply and value chains to invest in resilience; and to invigorate discussions in disaster resilient societies to enhance our capacity to “build back better” in the post-disaster reconstruction phase.

The Head of UNISDR Regional Office for Asia and Pacific, Ms. Loretta Hieber Girardet, said: “One of the important messages from Sendai Framework is that while the State has the primary role to reduce disaster risk, responsibility should be shared with other stakeholders including local government, civil society, and critically the private sector. 80% of the capital investment is held by the private sector. Without their engagement, we will not be able to significantly reduce disaster risk. This is why we are here today.”

Approximately 100 people joined in the ARISE Japan’s annual symposium, held in Tokyo on March 7 and the focus this year was on the role of the private sector in helping to deliver target (e) of the Sendai Framework which seeks a substantial increase in “the number of countries with national and local disaster risk reduction strategies by 2020.”