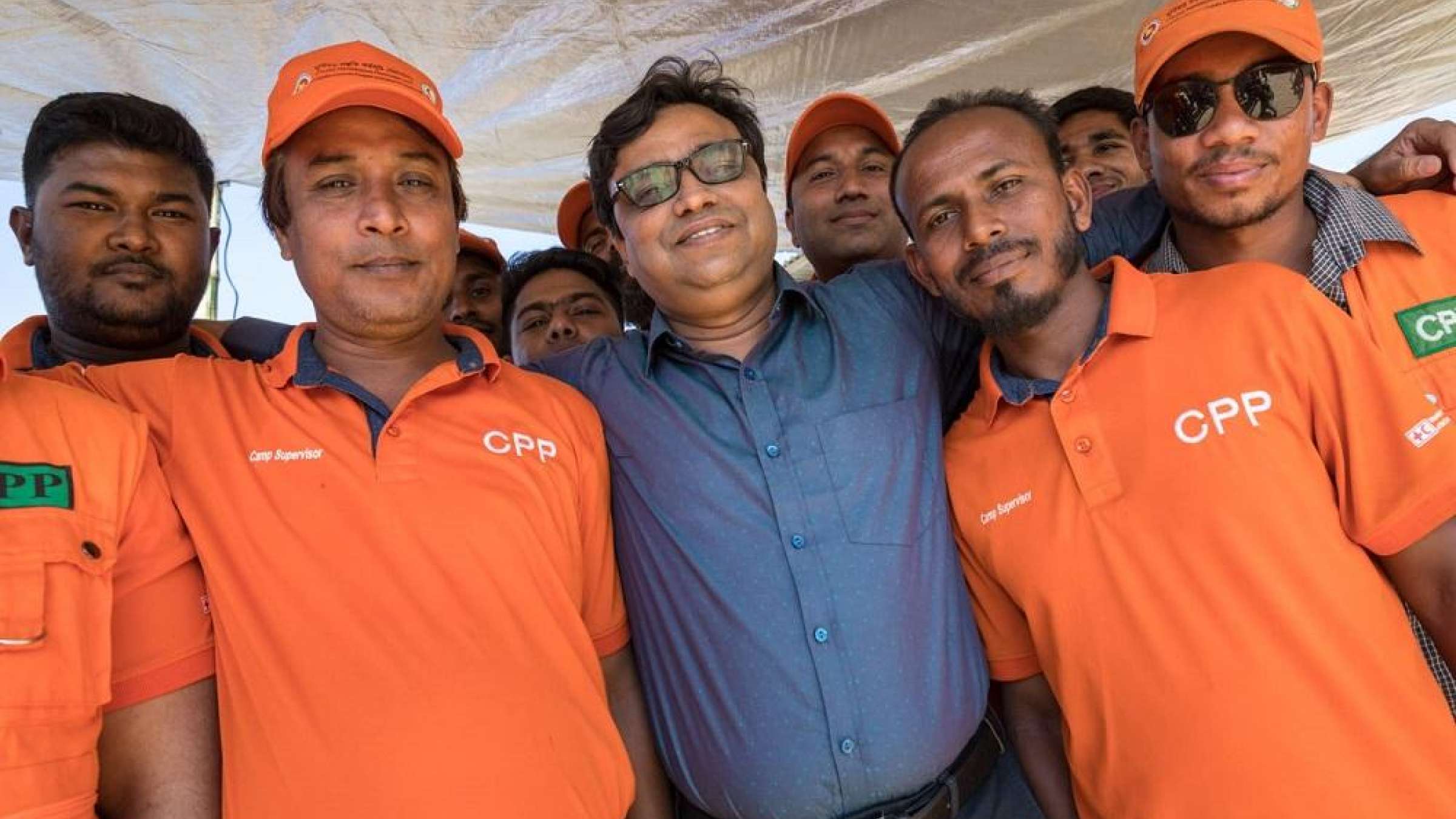 DHAKA, 16 December 2019 - A new record for evacuations was set in Bangladesh a month ago when the government Cyclone Preparedness Programme (CPP) evacuated 2.1 million people before Cyclone Bulbul made landfall on the Sundarbans coast.

The storm highlights why the CPP is planning to expand its geographical coverage and grow from 56,000 volunteers to 200,000 over the next five years as it also prepares to go beyond cyclones to tackle other natural hazards including earthquakes.

Cyclone Bulbul resulted in 19 deaths including four persons who left the cyclone shelters before the all-clear was given.

Large economic losses are likely to be reported in an on-going post-disaster assessment. The damage was mitigated by the world’s largest mangrove forest in the Sundarbans, an important nature-based defense against tidal surges which the government protects.

Ahmadul Haque, the head of CPP, a joint programme with Bangladesh Red Crescent, visited the affected area and recalls meeting one woman who asked him why they had to evacuate when the storm was not so strong.

“I had to say to her that if we had not organized the evacuation, instead of 19 people dying, the death toll could have been 19,000,” he said.

Some did not leave their homes  because of their experience with Cyclone Fani in May which led to 500,000 people being evacuated but little damage was caused on the Bangladesh coastline.

Some had a lucky escape like Hasina (38) and her 14 year-old son, Shorifur, who were lying on their beds when a tree collapsed on their mud-walled house in the village of Kultali, Munshiganj.

“The volunteers said please go to the shelter but I said I would be fine in my house. Next time I will go to the shelter,” said the widow who is being assisted with cash support from local NGO, Sushilan.

Mohammed Manirul Islam, Government Deputy Secretary and deputy Sendai Framework focal point, said: “It’s not only about the evacuation but keeping up the reputation and understanding of the system. People sometimes thinks it’s just about the warning signal flags. The role of the volunteers is to fight complacency.”

Despite rising seas and coastal erosion, mortality has been coming down thanks in great part to the efforts of the CPP volunteers, 26 of whom lost their lives during cyclone operations in 1991 and 2007.

The prestige of the programme is such that 82 volunteers were honored by Prime Minister Sheikh Hasan, on this year’s International Day for Disaster Reduction, October 13.

Mr. Haque is now responsible for the greatest expansion of one of the world’s most successful early warning systems which is set to become a multi-hazard programme, focused on a range of natural hazards including earthquakes and floods.

“We will also have a strong focus on urban risk as we are seeing that there is a great need for that. The volunteers are highly motivated and take pride in their service on behalf of their own communities. It is important that they are active and keep up their skills,” he said.

Their duties include disseminating cyclone warning signals to the community and evacuating those at particular risk including persons living with disabilities, older persons, pregnant women and young children.

They are trained to provide community outreach and deepen understanding of disaster risk. They also provide basic first aid and give support to humanitarian assistance.