Angola steps up for risk-informed growth 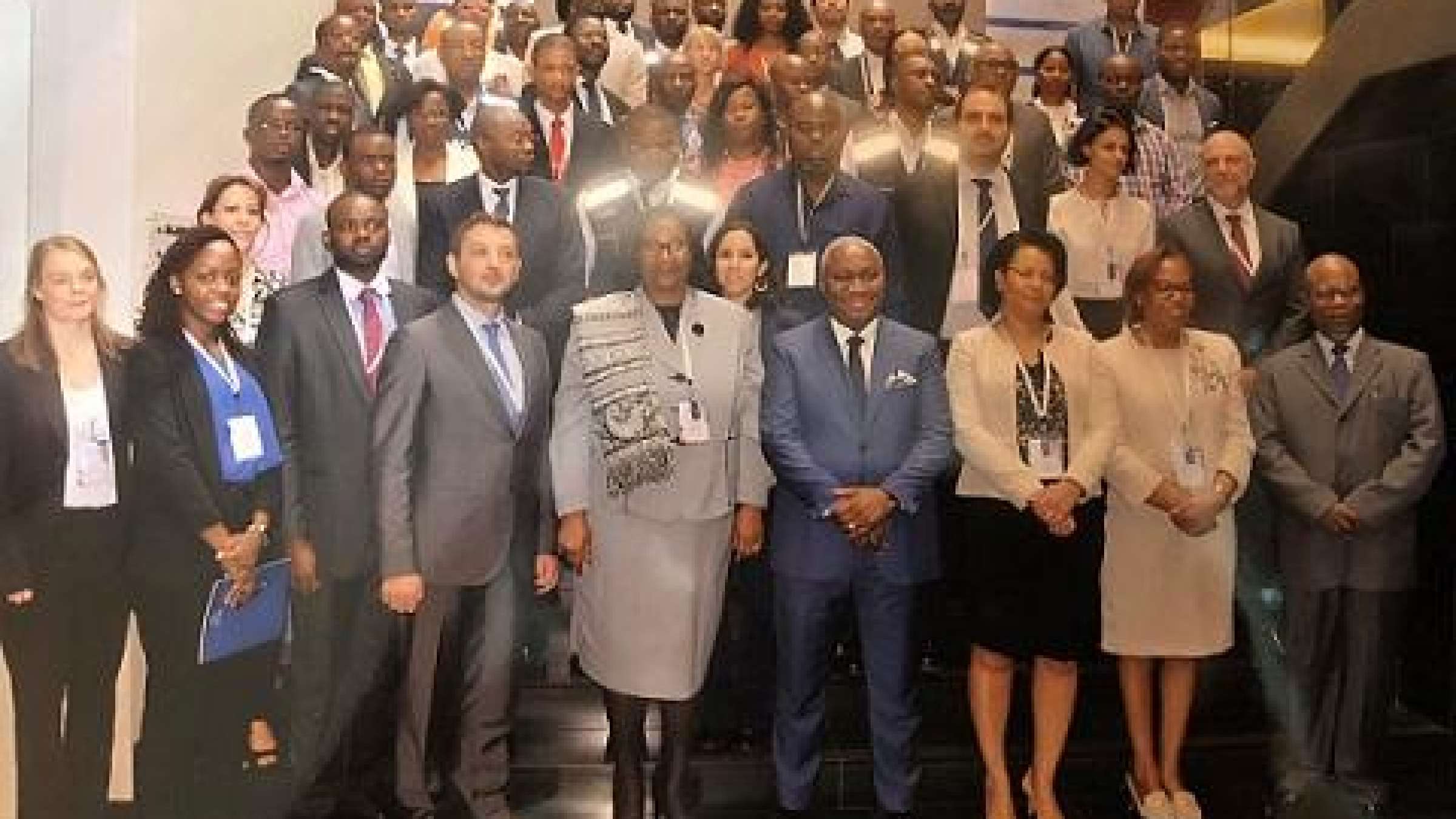 Participants at a Risk Modelling Workshop in Luanda, Angola
UNISDR.org

31 August 2018, Luanda – Angola has committed to include disaster risk reduction in all investment decisions and development plans at a meeting in Luanda.

The event was attended by four Ministers and more than 50 senior officials from different line Ministries, including the National Authority for Civil Protection, and other national and international organizations involved in disaster risk reduction and climate change.

Mr Fernando explained that Angola is decentralizing at the provincial level through comprehensive plans with actions and funding allocations by sectors and highlighted projects such as including disaster risk reduction in school curricula, and risk awareness activities at the local level.

The CIMA Research Foundation and the United Nations Office for Disaster Risk Reduction jointly facilitated the workshop which is implemented under the umbrella of the programme entitled “Building Disaster Resilience to Natural Hazards in Sub-Saharan African Regions, Countries and Communities”.

This programme is financed by the European Union in support of the Africa, Caribbean, and Pacific Group of States and aims at enabling African countries to operationalize the African Strategy for Disaster Risk Reduction and its Plan of Action.

Speakers at the event repeatedly emphasized the importance of resilience in Angola’s development path. The United Nations Resident, Paolo Balladelli, said: “The loss of lives and livelihoods due to natural hazards significantly affects the economic growth of Angola. It is extremely important to boost the resilience of the population, ensuring that disaster risk and climate change impact do not compromise efforts of countries in achieving the Sustainable Development Goals in Angola.”

During the workshop, UNISDR and CIMA Research Foundation presented a multi-hazard probabilistic risk profile for Angola, with special focus on floods and drought. CIMA representative, Dr. Massabo, presented the country profile of Angola as a comprehensive overview of hazards, risk and the exposure of assets to floods and droughts in Angola, with some consideration on the changing climate trends and the socio-economic context, over the next 50 years.

The risk profile will enable the country to set a plan of action for cost-benefit analysis towards reducing disaster risk and climate change. It reveals an estimate of future economic losses under the current and future climate conditions, in different sectors of the economy.

In his concluding remarks, Mr. Félix, praised the paramount importance of the Sendai Framework for Action 2015-2030.

He stated: “We [are] the first of sixteen countries in the context of the programme. We shall therefore adopt a more interventional and proactive consideration for prevention, mitigation and preparation in the face of natural hazards.

The combination of the country profile with local knowledge will inform effectively the decision-making process in the Provinces”.