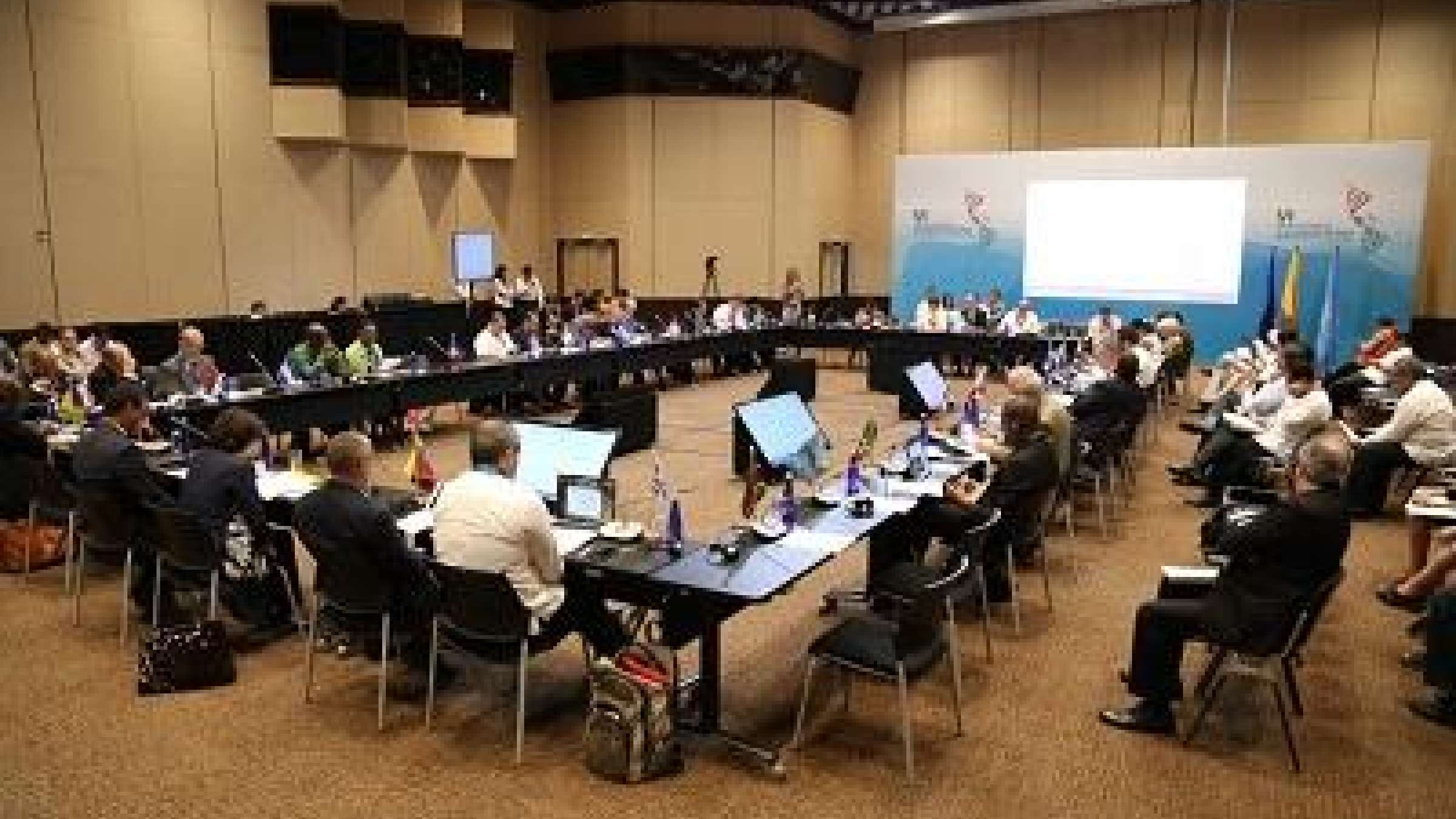 CARTAGENA, 25 June 2018 – Ministers and senior officials from the Americas and the Caribbean are urging progress on monitoring the region’s roadmap for resilience to disasters..

In a declaration at the close of the three-day Vl Regional Platform on Disaster Reduction in the Americas, they said members should integrate disaster risk reduction in all areas of activity to promote a “less vulnerable region” and more resilient communities.

The Regional Action Plan for the Americas was approved last year in Montreal, Canada. Its aim is to align regional, national and local strategies in the Americas and the Caribbean with the Sendai Framework for Disaster Risk Reduction, a 15-year agreement adopted by the international community in 2015. The Framework sets out clear targets and priorities for action to prevent new and reduce existing disaster risks with the overall aim of reducing disaster losses..

The high-level meeting reaffirmed the region’s commitment to achieving Sendai’s goal of substantial reduction of disaster risk and loss of lives, livelihoods and health, and to reduce the number of people affected by disasters, as well as the resulting economic losses.

The senior officials also emphasized the importance of increasing knowledge about the phenomena that cause the loss of lives and damage to infrastructure in the Americas.

This includes  identification and communication of losses caused by disasters through the online Sendai Framework Monitor which was launched by UNISDR in March to facilitate the collection of data on disaster losses.

The declaration recognized “the disproportionate impact” of disasters on women, girls, people living with disabilities and other vulnerable groups, and the need to apply a participatory approach to disaster risk reduction in order to reduce yjr social, economic and psychological impact of such events.

It also urged support for indigenous communities in the event of disasters and the integration of their traditional knowledge into preparendess and response activities.