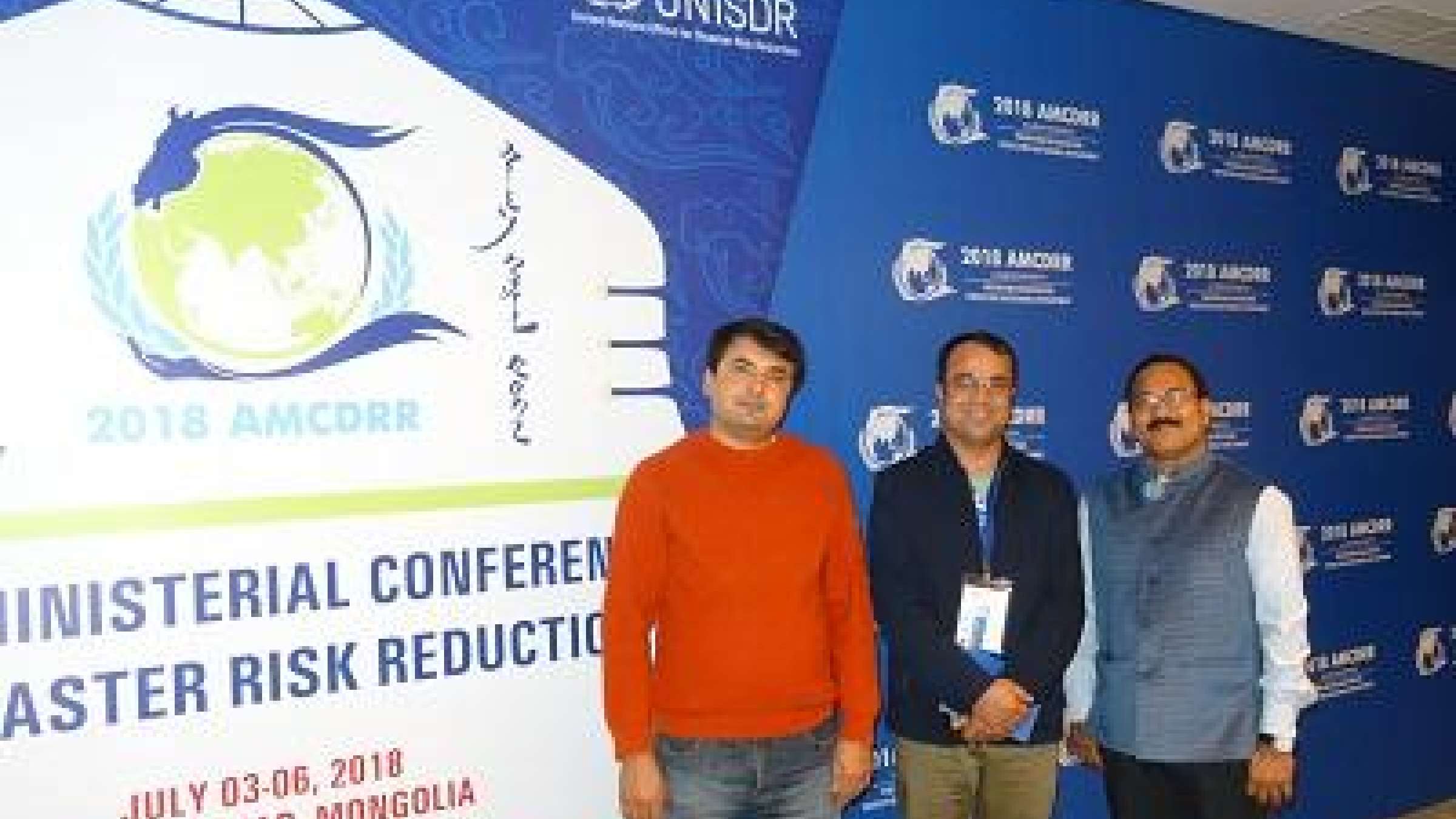 ULAANBAATAR, 2 July, 2018 - War ravaged Afghanistan is making a nationwide effort to reduce its disaster losses from natural hazards despite conflict.

Consultations are continuing to put together a National Platform for Disaster Risk Reduction representing all of civil society before the end of the year.

The initiative was revealed today by representatives from the country’s Ministry for Disaster Management and Humanitarian Affairs, attending the Asian Ministerial Conference on Disaster Risk Reduction which officially gets underway tomorrow.

Afghanistan has appointed Mohammed Qaseem Haidari, Deputy Minister for Disaster Management and Humanitarian Affairs, as its national focal point for the Sendai Framework for Disaster Risk Reduction, the global plan to reduce disaster losses by 2030.

“We have three national priorities when it comes to development and these are the Sustainable Development Goals, implementation of the Paris Agreement on climate and the Sendai Framework for Disaster Risk Reduction,” said Mr. Haidari who is part of a strong Afghan delegation attending a UNISDR training session on the newly launched Sendai Framework Monitor.

With the strong backing of his Minister, Najib Aga Fahim, who arrives in Ulaanbaatar tomorrow, Mr. Haidari, said that consultations are ongoing at provincial level and there is an ambition to go down to district level wherever possible, in order to have both national and local strategies for disaster risk reduction in place, in line with the Sendai Framework’s target (e).

Sarat Panda, DRR advisor, said that the effort was gaining momentum in light of a drought which has hit  21 of the country’s 34 provinces affecting one million people. “The situation is not good. We are seeing a lot of migration from those areas.”

A key challenge given the insecurity in much of the country is the timely collection of data  but IOM, UNDP, UNISDR, International Medical Corps and Focus Humanitarian Assistance, are among those engaged actively to improve reporting of disaster losses and providing technical support.

There was the case of an avalanche in the remote village of Barge Matal, Nouristan province, in March this year that killed 34 people but no reponse arrived until several weeks later, according to Ali Nazar Nazari, National Program Manager, Focus Humanitarian Assistance.

Accurate information on disaster losses is considered essential to good disaster risk management and a risk-informed approach to investments in critical infrastructure and where to locate it. It also helps benchmark progress against the key Sendai Framework targets including reducing loss of life, numbers of disaster affected people, economic losses and damage to critical infrastructure. The online Sendai Framework Monitor was launched in March this year.