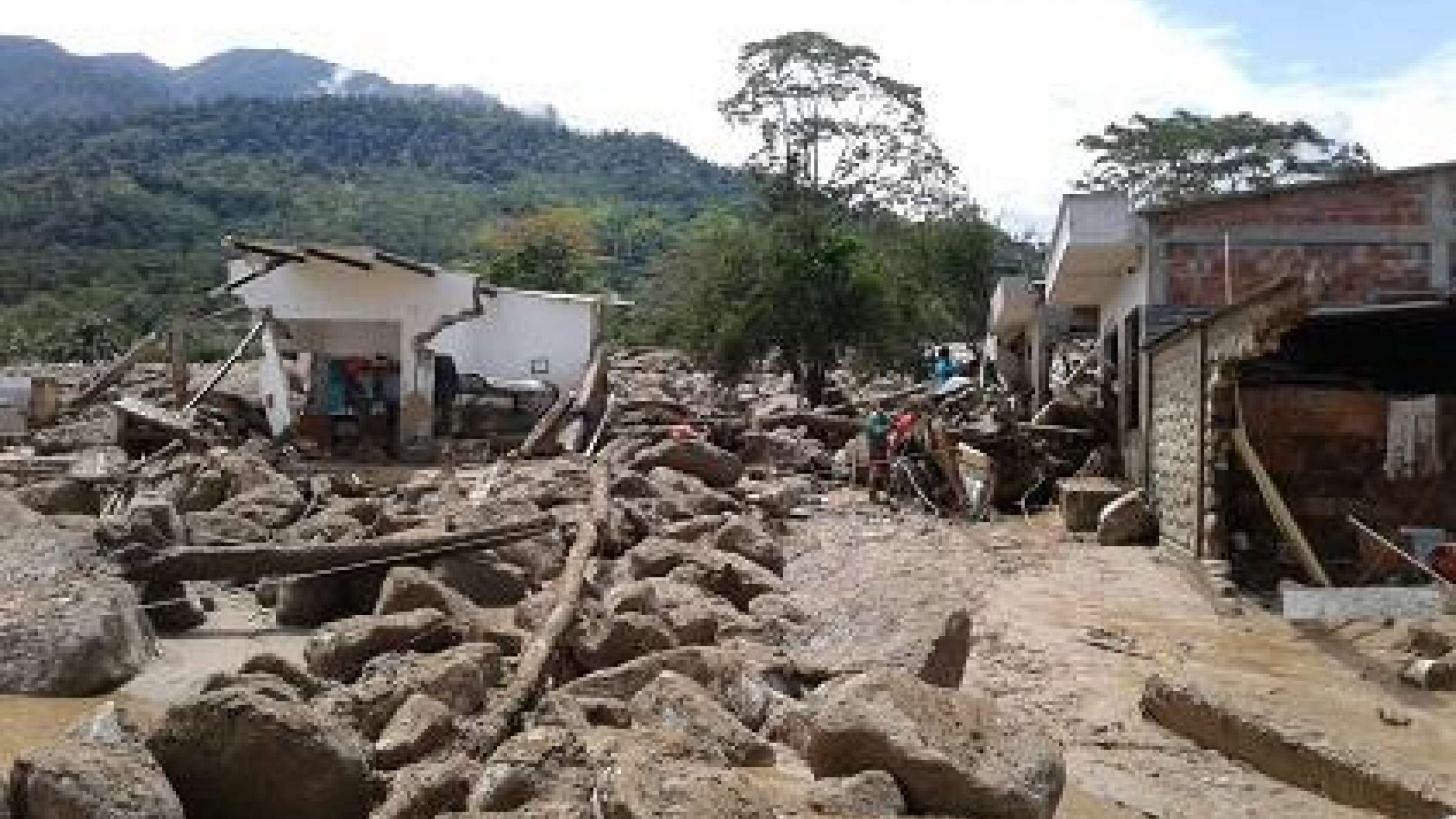 GENEVA, 4 April, 2017- As the reported death toll from Saturday’s mudslide disaster rose to 273, the UN Secretary-General’s Special Representative for Disaster Risk Reduction, Mr. Robert Glasser, extended his condolences to the people of Colombia and the affected communities of Mocoa on the loss of life caused by the heavy rains and mudslides exacerbated by deforestation.

Mr. Glasser said: “This is further evidence that climate variability and land use play a significant role in disaster impacts often leading to tragic loss of life. Rainfall of this intensity poses a significant danger to people living on marginal lands where deforestation has taken place.”

More than 500 municipalities are currently at risk of landslides, according to Mr. Omar Franco, Director of the Institute of Hydrology, Meteorology and Environmental Studies of Colombia. Of these, 182 are on orange to red alert. The causes are linked to extreme weather events, combined with deforestation and inadequate land use management.

The rainfall level for Mocoa in the Department of Putumayo in the Amazon region, reached 129 millimetres and 80% of that fell in just three hours in the middle of the night, from 11 p.m. to 1 a.m. and this led to the overflow of the Mocoa, Mulato and Sangoyaco rivers.

Mr. Luis Alexander Meija, Director of Sustainable Development for the region, said that deforestation was key factor and that 15% of the soil suffered from erosion. He said Amazonian municipalities must update their land management plans.

Colombia has made progress in recent years in terms of policies and planning instruments for disaster risk management, exemplified by its 2015-2025 National Disaster Risk Management Plan which is directly linked to its national legislation and which aims to reduce disaster mortality by 2025 while also reducing the negative impacts on livelihoods from recurring climate-related hazards such as floods, droughts, landslides and forest fires.However the implementation of these measures is slow at local level.

The 2017 Global Platform for Disaster Risk Reduction, which will be held in Mexico from 22 to 26 May, will be an opportunity to take the lessons of the El Niño impact in the region and to reflect on how to better manage disaster risk to avoid more disasters and protect more lives in the future.

Furthermore, the Global Platform will provide the venue for the global launch of the ‘Sendai Monitor’, a tool to facilitate countries for monitoring progress against internationally agreed and nationally selected disaster risk reduction related indicators.

Colombia is an enthusiastic supporter of the Sendai Framework for Disaster Risk Reduction, the two year old global plan for reducing disaster losses. By 2020, all UN Member States are expected to have substantially increased the number of national and local strategies for disaster risk reduction. Past disasters in Colombia have included a 2015 landslide that killed nearly 100 people. In 1985 the country’s most deadly landslide, the Armero disaster, killed more than 20,000 people.