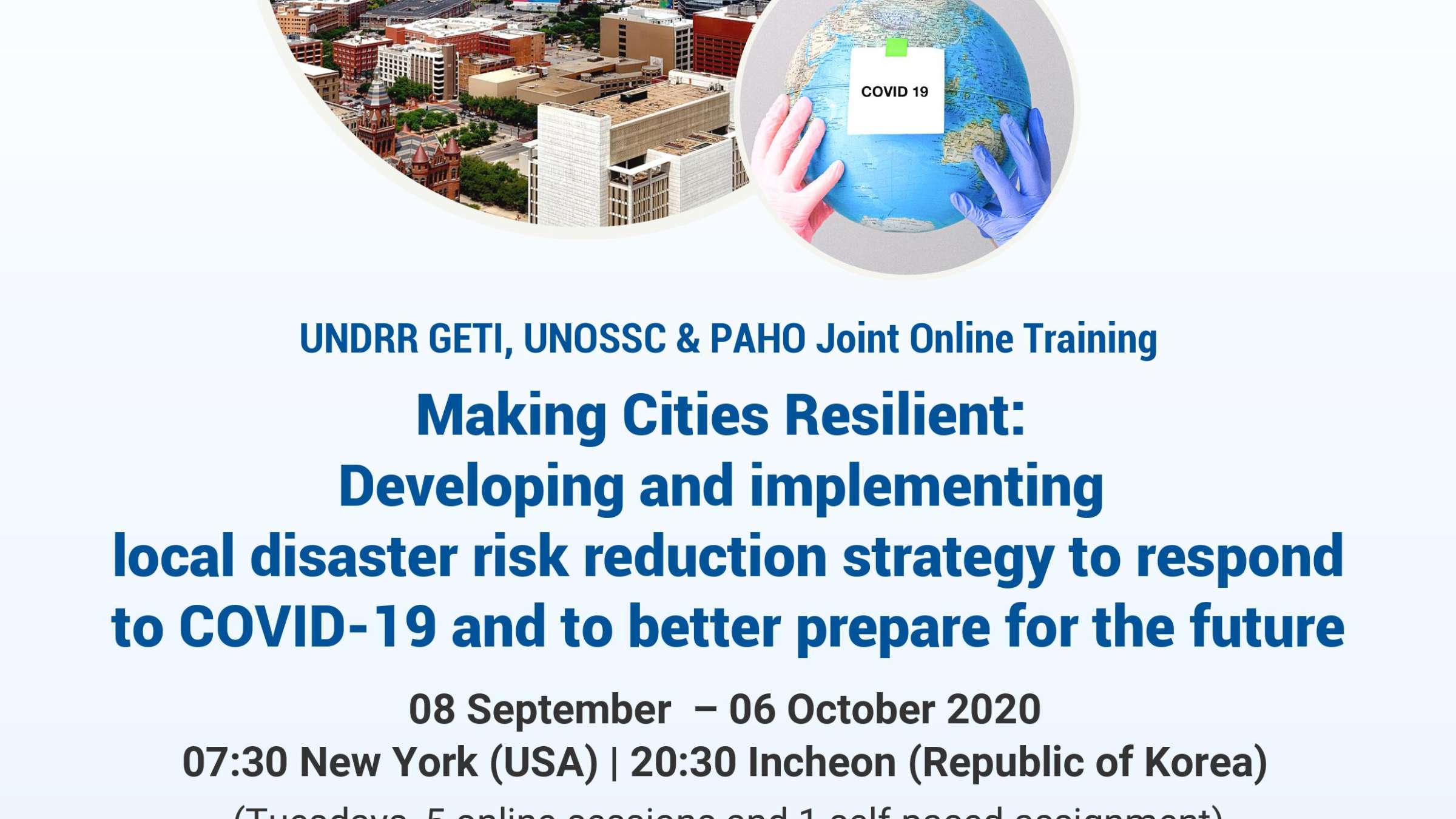 Current and future challenges of mainstreaming Climate Change Adaptation (CCA) and Disaster Risk Reduction (DRR) in development planning demand new approaches, mechanisms, sets of skills and competencies that need to be identified and strengthened in order to form the basis of increasing public demand and political commitment to local actions and budget allocations. Lack of appropriate knowledge on the subject, lack of government commitment and the absence of mainstreaming in current organizational and government strategy are key existing challenges.

Urban risk is continually increasing. It has been estimated that, more than 50 per cent of the world's population is living in urban areas. Urbanization is taking place at an unprecedented rate. In the next 20 years, the world’s population is predicted to increase by an additional two billion. By 2030 more than 60% of the world’s population is expected to live in cities, with record concentrations in large urban conglomerations and megacities in the developing world.  Vulnerability of cities to disasters is on the rise especially as poor people settle in high-risk urban areas. Unfortunately, planning and development of cities has given little consideration to the consequences of hazards such as earthquakes, hydro-meteorological risks and others.  The implication of this reality is the need for countries to focus their collective energies to create a safer world for urban dwellers and develop a series of innovative approaches to meet this challenge.

The Buenos Aires outcome document of the second High-level United Nations Conference on South-South Cooperation (BAPA+40) in 2019, recognized that South-South and Triangular cooperation, takes different forms, such as knowledge sharing, training and capacity building and technology exchange on mutually agreed terms in different important areas for sustainable development, such as disaster risk mitigation and climate change among developing countries.

Disaster risk reduction is an important component for achieving sustainable development of cities, in particular when the world is steadily becoming more urban. Fast-growing cities and urban areas of the world, mostly located in the global South, increase disaster risk due to economic growth and fast population expansion. The knowledge sharing between cities, especially government authorities at the forefront of disaster risk mitigation, by reporting practices that have been already tested and implemented by one city and that can be successfully adapted by another is highly desired.

Young people are very crucial stakeholders when mitigating disasters and for climate action. The Youth4South: Advanced Youth Leadership Programme launched by the United Nations Office for South-South Cooperation in 2017, aims at facilitating capacity development of young government officials, experts, and local authorities from developing countries to learn and adapt South-South and Triangular cooperation knowledge and tools for scaling up Southern development solutions, in their country context.

The aim of this training is to strengthen an understanding on making cities resilient and to provide suite of tools to develop an evidence based local disaster risk reduction planning with multi-stakeholder engagement and in alignment with the national DRR strategies and Sendai Framework. The course also aims to introduce and familiarize local experts and government officials to South-South and Triangular Cooperation and its importance in disaster risk reduction, public health, and climate change adaptation agenda.

Specifically, the course aims to:

Local and national government officials in charge of disaster risk reduction and management, urban development and planning; national associations of municipalities; urban resilience practitioners as well as civil society, private sector, and academia. The course is open to all applicants from both developed and developing countries, especially the young experts and officials. Participants from Least Developed Countries (LDC) and Small Island Developing countries are highly encouraged.

Disclaimer: For the purpose of this event, UNDRR procures the services of Zoom Video Communications, Inc., an external service provider. Registration for this webinar is supported by the Zoom registration mechanism and does not imply the expression of any opinion whatsoever on the part of the Secretariat of the United Nations concerning the legal status of any country, territory, city or area or of its authorities
Share this
Go back
Also featured on