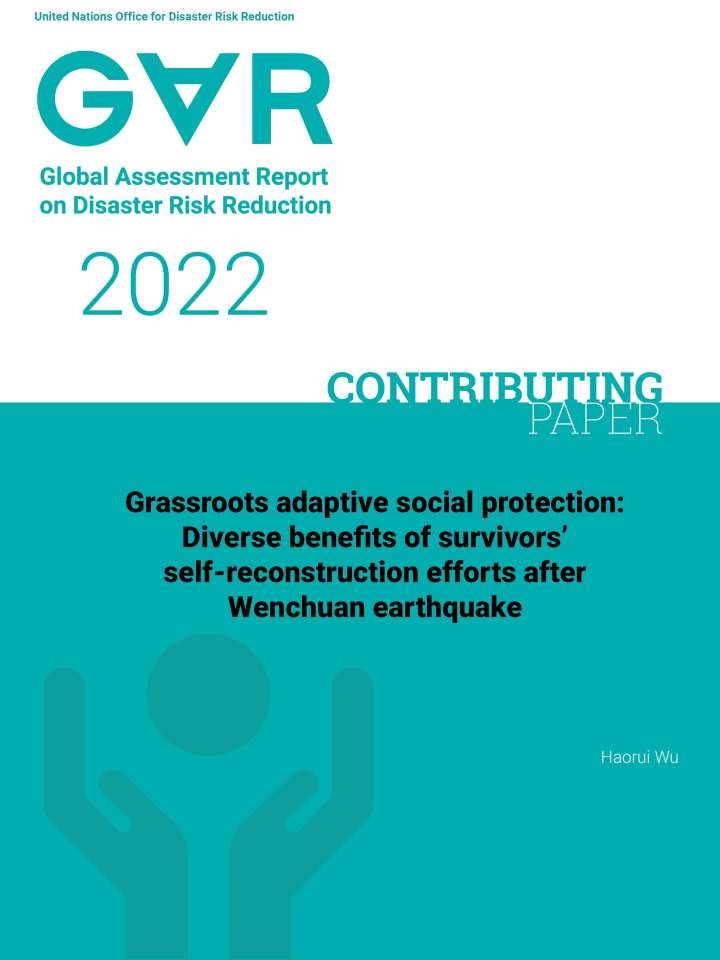 This contributing paper examines the interplay between official adaptive social protection (ASP) and grassroots efforts based on a case study of the rural reconstruction and recovery that took place after the 2008 Wenchuan earthquake in Sichuan, China. Previous research has broadly demonstrated that these grassroots efforts have, to a certain extent, reduced disaster survivors’ vulnerabilities by fulfilling their unique needs. What remains under-researched is the systematic examination of the various benefits of the multiple self-reconstruction endeavours and how these self-efforts contribute to building resilience at individual, family, and community levels, achieving the same and even more as the official ASP. This research contributes to a nuanced understanding of the importance of grassroots efforts in rebuilding the lives and livelihoods of disaster survivors.

The study finds that grassroots efforts ultimately assisted in promoting the disaster survivors’ resilience capacity. It also reveals that the grassroots efforts targeted the most easily ignored aspects of the official initiatives. Since the unique community-based characteristics were, for the most part, not wholly considered in the official ASP programs, these programs’ final outcomes present some weaknesses that local residents do not appreciate. The vulnerabilities identified by the local disaster survivors, such as geographical, climatological conditions, health and wellness, cultural, and economic have a collective, continual influence upon the community’s overall quality, jeopardizing residents’ resilience capacity. The grassroots endeavours successfully developed effective solutions to remedy these disadvantages by reducing these identified vulnerabilities.