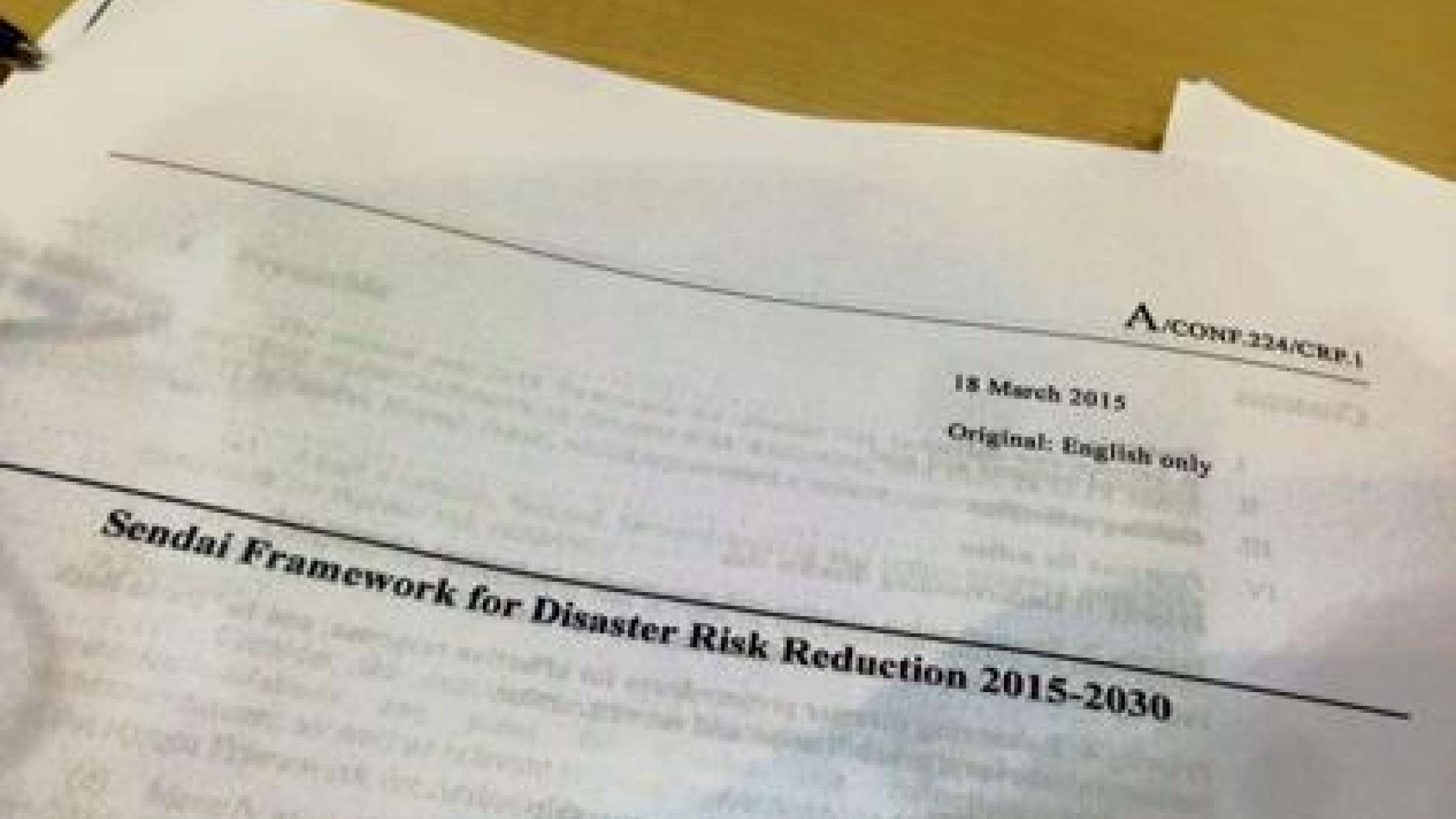 After over 30 hours of negotiations, a new global framework for disaster risk reduction is finally adopted by 187 UN member states at the UN World Conference on Disaster Risk Reduction in Sendai, Japan. (Photo: Manny de Guzman)

Conference President, Ms. Eriko Yamatani, Minister of State for Disaster Management, announced agreement on the text, the Sendai Framework for Disaster Risk Reduction 2015-2030 – the new international framework for disaster risk reduction, following a marathon final round of negotiations which went on for over 30 hours.

Margareta Wahlström, the Secretary-General’s Special Representative for Disaster Risk Reduction and the Head of the UN Office for Disaster Risk Reduction, said: “The adoption of this new framework for disaster risk reduction opens a major new chapter in sustainable development as it outlines clear targets and priorities for action which will lead to a substantial reduction of disaster risk and losses in lives, livelihoods and health.

“Implementation of the Sendai Framework for Disaster Risk Reduction over the next 15 years will require strong commitment and political leadership and will be vital to the achievement of future agreements on sustainable development goals and climate later this year. As the UN Secretary-General said here on the opening day, sustainability starts in Sendai.”

Conference President, Ms. Yamatani, said: “Japan’s special relationship with the global disaster risk reduction community has been strengthened by the outcome of this World Conference. Successful implementation of this new framework will mean a reduction of existing levels of disaster risk and avoidance of the creation of new risk.”

Conference Main Committee Co-Chair, Ambassador Päivi Kairamo from Finland, said: “Delegates have taken into account the experience gained through implementation of the current Hyogo Framework for Action. We have agreed on four priorities for action focussed on a better understanding of risk, strengthened disaster risk governance and more investment.

“A final priority calls for more effective disaster preparedness and embedding the ‘build back better’ principle into recovery, rehabilitation and reconstruction. These will be the four points of the DRR compass for the next 15 years.”

Her fellow Co-Chair, Ambassador, Thani Thongphakdi from Thailand, said: “I would like to thank all those who have persevered over these last five days to deliver a framework that will guide disaster risk reduction for the next 15 years.”

The World Conference was attended by over 6,500 participants including 2,800 government representatives from 187 governments. The Public Forum had 143,000 visitors over the five days of the conference making it one of the largest UN gatherings ever held in Japan.