When disasters and conflict collide 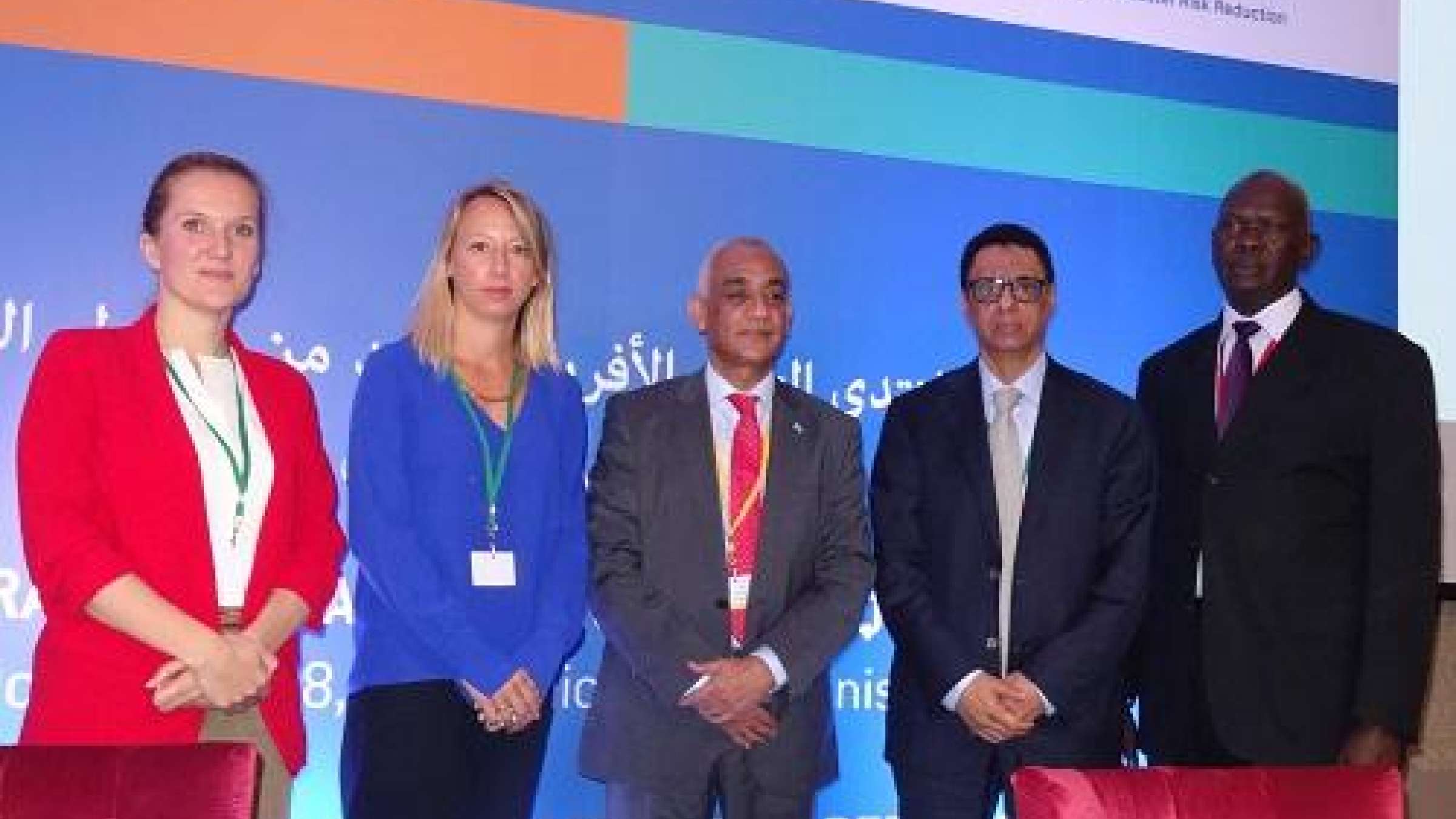 TUNIS, 12 October, 2018 - The increasing overlap between disaster and conflict situations came under scrutiny today at a lively special session of the Africa-Arab States Platform on Disaster Risk Reduction.

The current threat of a cyclone off the coast of Yemen, home to the world’s worst humanitarian emergency, was cited during the Special Session on DRR in a Fragile and Conflict Context.

South Sudan's Director-General of Disaster Management, Banak Wal,  recalled how the response effort for 150,000 flood-affected people in 2013  was derailed by the eruption of renewed conflict in the capital Juba which donors quickly turned their attention to.

Mr Wal said it was impossible to get grassroots support for disaster risk reduction policies when they were in dire need of action to meet their needs as a result of conflict. “You cannot talk today about development when there is no access to many parts of the country.”

In his view, it was unfortunate that UN member states adopting the Sendai Framework for Disaster Risk Reduction decided not to include conflict.

“Disaster risk reduction in conflict should be a priority. I would argue that disasters are neither natural nor conflict neutral,” she said.

Ms. Peters said there was “a moral imperative” to provide disaster risk reduction in conflict areas and it was not a marginal concern given the prevalence of conflict across Africa and the Arab States.

FAO Assistant Director-General, Abdessalam Ould Ahmed, said world hunger was on the rise in the last two years because of conflict and disasters, making it more difficult to achieve a key Sustainable Development Goal. “The scarey thing is when the two interact."

Mr. Ahmed also expressed the view that water scarcity is a much greater threat to Arab States than conflict.

She added: “There was a need to be smart in applying disaster risk reduction in situations arising from conflict and mentioned the planting of trees in Rohingya refugees camps in Bangladesh as a defence against landslides in the rainy season.”

Session chair, Somali Minister of Humanitarian Affairs and Disaster Management, Hamza Said Hamza, said there were clear challenges in countries like his own when confict and drought overlap. He said that 25% of the population were internally displaced.

There was general agreement among the panellists and those who spoke from the floor that conflict and DRR should be a regular topic of discussion at regional platforms.