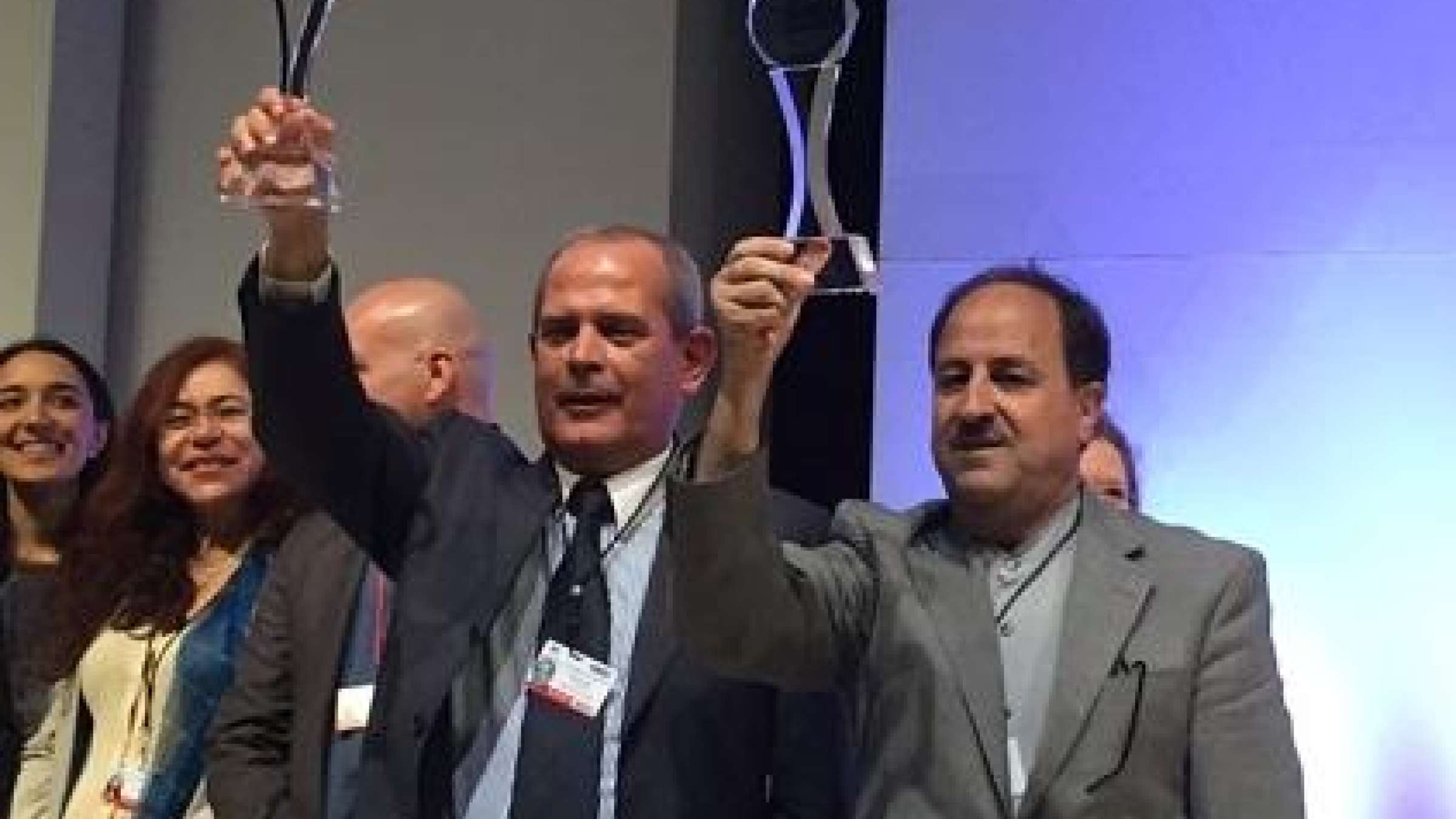 CANCUN, Mexico, 25 May 2017 – Efforts to reduce disaster death tolls in Portugal, Iran, Brazil and Fiji have been honoured by an international award from the United Nations and Japan’s Nippon Foundation.

Issued at the 2017 Global Platform for Disaster Risk Reduction, the biennial Sasakawa Award recognised projects that have made a substantial contribution towards saving lives and reducing global disaster mortality.

The joint laureates were the Municipality of Amadora, in Portugal, and the Iran-based Organization for Development, Renovation, and Equipping Schools (DRES). A certificate of distinction was issued to the GIDES project, run by Brazil’s Ministries of Cities, National Integration, Mining and Energy, and Science, Technology and Communications, while Fiji’s Habitat for Humanity won a certificate of merit.

Ms Marcie Roth, President and CEO of Inclusive Emergency Strategies LLC, was part of the jury that chose the winners.

“These finalists were the ones who demonstrated the most durable, sustained, inclusive and comprehensive institutional efforts in disaster risk management,” Ms Roth said.

Deputy Mayor of Amadora Mr Eduardo Rosa said: “Finance is needed of course but most important is our capacity to innovate and to be efficient in our implementation of DRR.”

The Iranian Ambassador to Mexico, H.E. Mr Mohammad Taghi Hossieni, who picked up the award on behalf of the DRES initiative said: “The safety and health of schoolchildren is so important that all our resources and efforts should be directed towards this and Iran is ready to share our experience with the world.”

A substantial reduction in global disaster mortality by 2030 is the first target of the Sendai Framework for Disaster Risk Reduction, an agreement adopted in 2015 by all UN Member States.

The Sasakawa Award, created 31 years ago, is jointly organized by UNISDR and the Nippon Foundation and comes with a grant up to US$50,000 to one or more winners.

President of the Nippon Foundation Mr Takeju Ogata highlighted the importance of disaster risk prevention citing the experience of the town of Kamaishi which was hit by the 2011 Japan earthquake/tsunami yet no deaths were recorded.

“It is because people had been taught for a very long time that if a disaster occurred they need to evacuate as quickly as possible and they knew all the evacuation routes straight away,” Mr Ogata said.

To date, more than 100 people have received Sasakawa Award honours. Together with the World Health Organization Sasakawa Health Prize and the UN Environment Programme’s Sasakawa Environment Prize, the UN Sasakawa Award for Disaster Risk Reduction is one of the three prestigious prizes established in 1986 by the founding Chairman of the Nippon Foundation, Mr. Ryoichi Sasakawa.