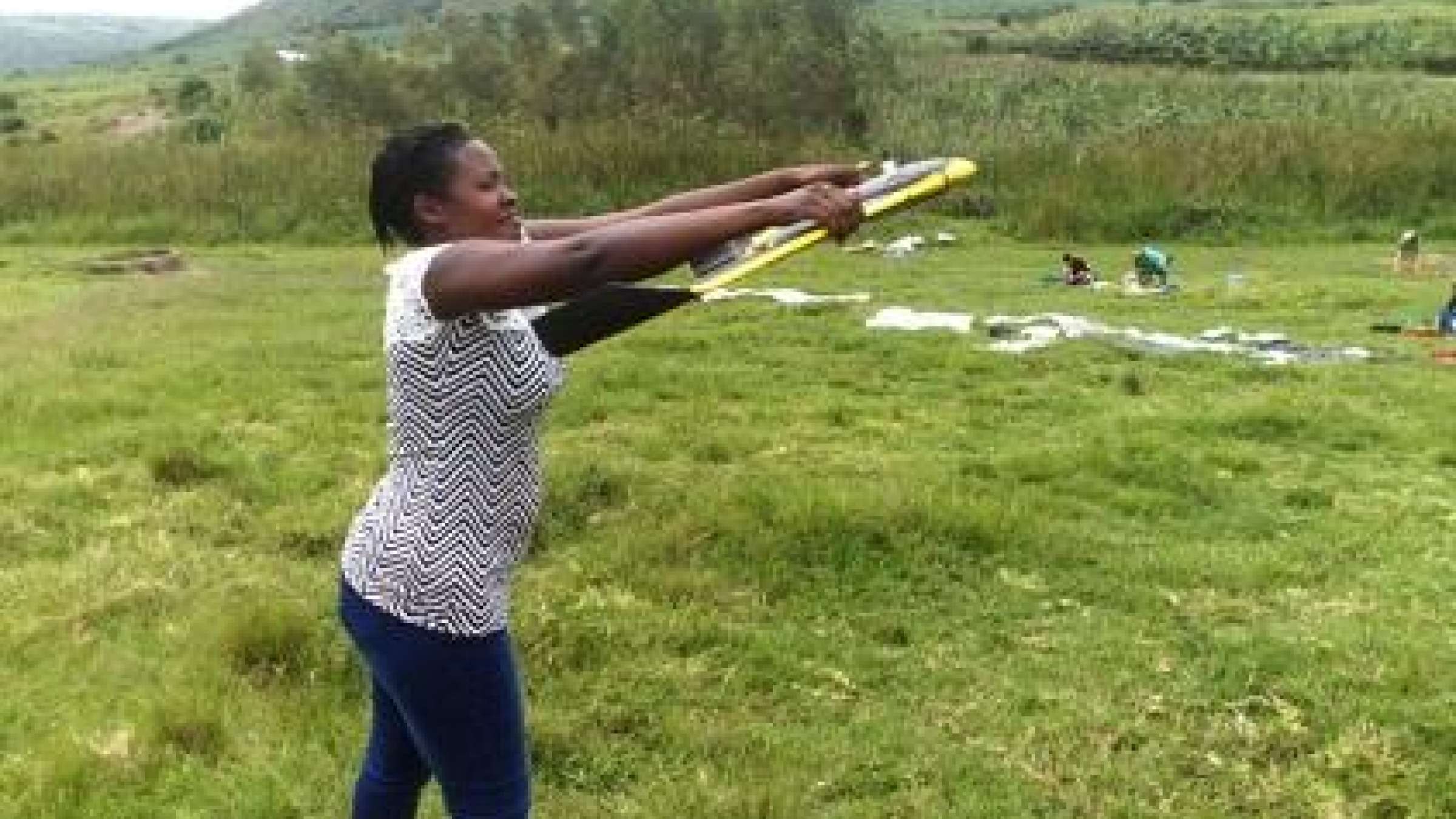 ISINGIRO, Uganda, 15 June 2016 – Uganda is developing base maps for refugee settlements that host thousands of people in the east African country, with the goal being to support risk-informed development and land use planning and thereby build community resilience.

Mapping Oruchinga refugee settlement in the western district of Isingiro will provide evidence for infrastructure and development planning and the integration of climate and natural hazard information. The pioneer project is being run by Uganda’s Directorate for Disaster Preparedness, Management and Refugees, which is part of the Office of the Prime Minister, in collaboration with the United Nations Development Programme (UNDP) and the United States’ University of Maryland.

According to Mr. Steven Goldfinch, UNDP’s Disaster Risk Management Advisor, the base map for the refugee settlement will show the location, type and geographical spread of hazards such as sand harvesting and encroachment in order to support risk-informed decision making. Sand harvesting to provide the raw material for the construction sector can raise the risk of flooding.

“It is hoped that the base maps will increase awareness of hazards and risks and provide all members of the community with an opportunity to engage in the planning process. Ultimately, the base map should contribute to the settlement’s resilience to climate and natural hazards,” said Mr. Goldfinch.

The maps are based on a very high-resolution aerial photo-mosaic, produced using a lightweight, camera-bearing drone, and offer an overview that allows a better understanding of the environment that refugees and their host communities live in. They show where hazards are, identify risks to livelihoods, and details of sand encroachment, environmental conditions and soil fertility. Crunching the data enables further soil analysis that enhances the mapping of flood and soil erosion risk, as well as irrigation potential from the nearby reservoirs.

“The maps allow us to gain an insight into how land is being used, its potential for harvesting crops and to what extent it is at risk from climate change. This will help us understand the areas at risk from drought, allowing us to work with communities to manage the land while minimizing the potential risk of environmental degradation and to enhance soil fertility,” said Mr. Charlie Yaxley, Associate External Relations Officer at UNHCR, the UN’s refugee agency.

Oruchinga settlement encompasses at least 15 villages distributed over an area of eight square kilometres, with a population of at least 6,665 refugees and asylum-seekers mostly from the Democratic Republic of Congo and Burundi.   In 1999, it experienced a severe drought, leading to crop failure, water shortages for animals and undernourishment of the human population.

Uganda currently hosts over half a million refugees and asylum-seekers in different settlements countrywide, the highest number ever in its history, according to UNHCR.

The country is known for its progressive refugee policies. Upon receiving official recognition, refugees are settled in villages integrated within local host communities -- a pioneering approach that facilitates social cohesion.

The government has included refugee management and protection within its own domestic planning in the National Development Plan II, via the Refugee Settlement Transformative Agenda, creating a fertile environment to include long-term development planning into the humanitarian response for refugees and their host communities.

The government last year signed a multi-year Refugee and Host Population Empowerment Strategic framework with UN agencies, the World Bank and other development partners to support resilience-building efforts for refugees and host communities.

The mapping exercise is expected to be further rolled out to other refugee settlements in Uganda and vulnerable areas, including slums and communities living on hilly slopes.

Mr. Martin Owor, Commissioner for Relief, Disaster Preparedness and Management at the Office of the Prime Minister, said the mapping exercise is in line with Uganda’s efforts to harness the Sendai Framework for Disaster Risk Reduction, a wide-ranging, 15-year global blueprint adopted by the international community in March 2015..

“Building resilience to climate and disaster risk requires the innovative application of technology.  The initiative on base mapping is very useful, as it provides an evidence base for risk-informed development,” said Mr. Owor.

Uganda has established a resilience committee at the national level and developed plans to implement the Sendai Framework. UNISDR has encouraged the country to showcase its good practices at the Africa Regional Platform on Disaster Risk Reduction, a key meeting due to take place later this year.