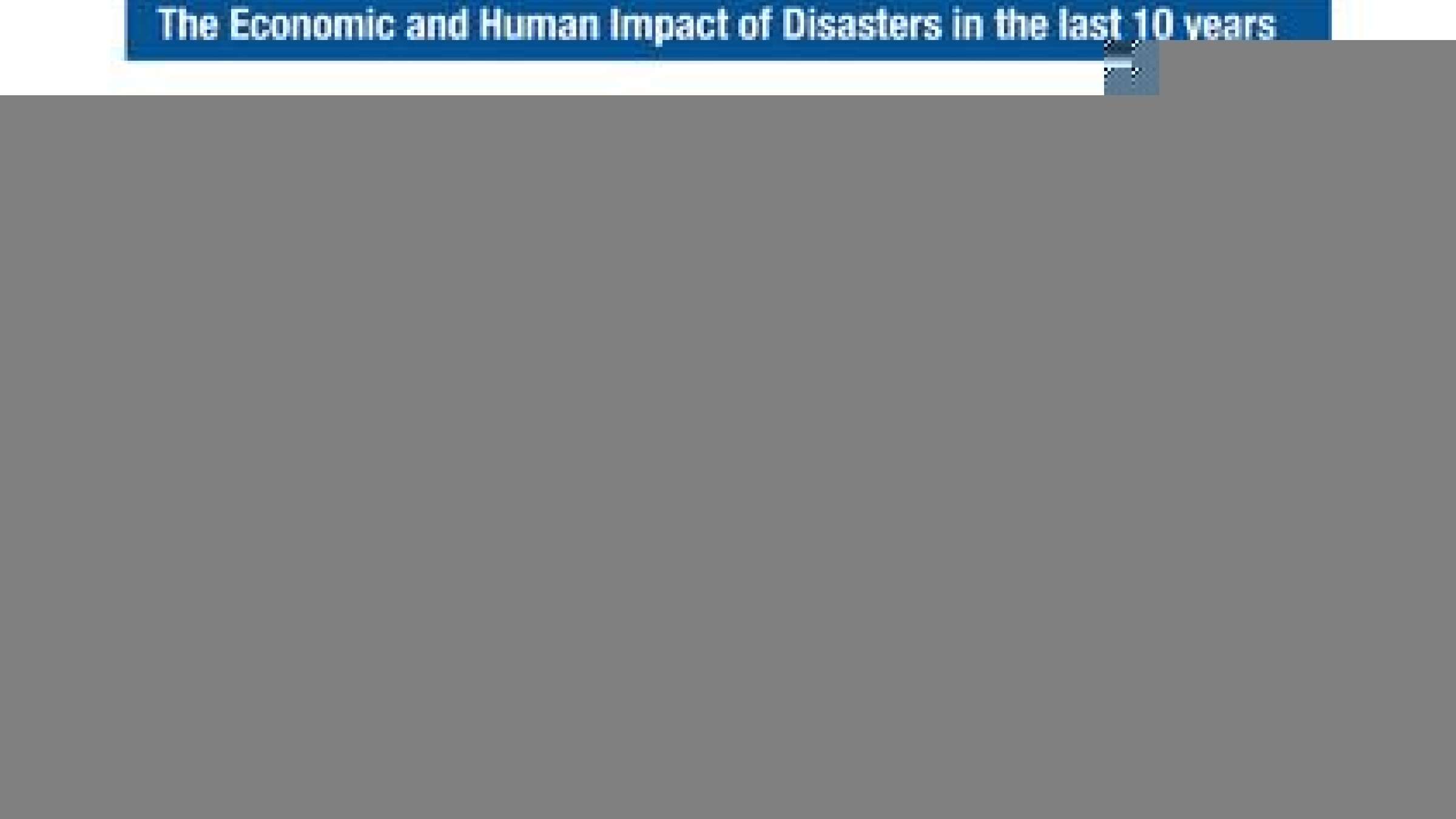 Data shows that more than 150 million people were affected by floods in 2010 alone.

Margareta Wahlström, head of the UN Office for Disaster Risk Reduction, said: “We now have ten years of experience in implementing the Hyogo Framework for Action which has guided global efforts to reduce disaster risk since the 2004 Indian Ocean Tsunami.

“Despite many successes and greatly improved performance in disaster management, it is sobering to note that 700,000 people have died in disaster events over the last ten years. A total of 1.7 billion people have had their lives disrupted in some way. It is of great concern that economic losses in major reported disaster events come to $1.4 trillion.”

Ms. Wahlström said that while 70% of deaths are caused by earthquakes, climate-related disasters now account for over 80% of all disaster events and contribute enormously to economic losses and short and long-term population displacement triggered by disaster events. 155 million people have suffered short or long-term displacement since 2008.

She said: “It is very important that the World Conference on Disaster Risk Reduction which opens on March 14, should provide clear, action-oriented guidance to governments, local governments, the private sector and civil society in general on how best to tackle the underlying drivers of risk such as poverty, climate change, poorly planned urban growth, land use and the decline of protective eco-systems.”

The World Conference is due to adopt a major revision of the Hyogo Framework for Action which will guide disaster risk management efforts for the next ten to 15 years depending on the time frame adopted by the Conference.

The agreement on disaster risk reduction is one of three mutually supportive processes which will be decided this year as part of the overall Post-2015 development agenda. Major frameworks are also to be agreed on sustainable development goals (September) and climate change (December).