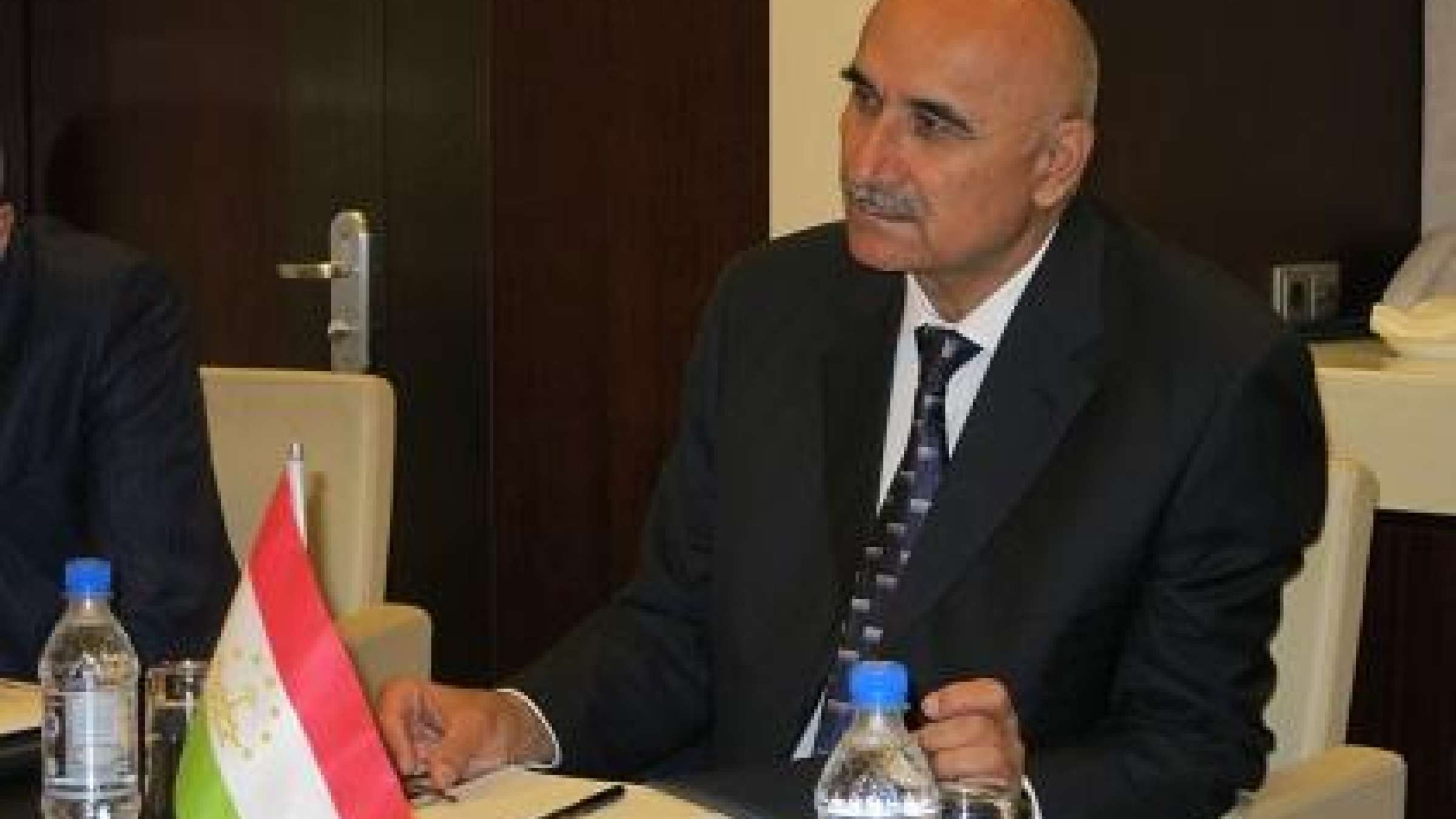 The Deputy Prime Minister of Tajikistan, Mr. Zokirzoda Mahmadtoir Zoir, reaffirmed the importance of the Sendai Framework in guiding sustainable development in the country. (Photo: UNISDR)

DUSHANBE, 12 July 2016 – The Deputy Prime Minister of Tajikistan said today his country was committed to a path of sustainable and resilient social and economic development, with the Sendai Framework for Disaster Risk Reduction at the heart of this driving ambition.

Mr. Zokirzoda Mahmadtoir Zoir said coordinated and consistent action was necessary to address increasing climate and disaster risk and its growing negative impact on Tajikistan in terms of deaths and injuries, the number of people affected and economic losses.

“We have had cabinet level discussions that have agreed to pay special attention to the integration of disaster risk reduction into existing programmes of social and economic development in the country,” he said.

“Our effort to reduce disaster risk is a part of the overall sustainable development agenda. Tajikistan is determined to build its capacity in disaster risk reduction and, indeed, has made a commitment to achieve the recommendations of the Sendai Framework.”

The Deputy Prime Minister was speaking at the opening of the first-ever Central Asia and South Caucasus Regional Platform for Disaster Risk Reduction, hosted by the Government of Tajikistan.

Mr. Zoir held a follow-up bilateral meeting with Mr. Glasser, in which he reaffirmed the importance of disaster risk reduction in Tajikistan’s overall development strategy.

Mr. Glasser applauded this ongoing commitment and progress to date: “There is huge capacity in Tajikistan including the quality of its people and their expertise and experience in DRR after having to deal with disaster after disaster. Of course, there are gaps but it is very encouraging to see how the country is prioritizing disaster-resilient development.”

Tajikistan has a population of eight million people, of whom 800,000 live in the capital Dushanbe. The country borders Afghanistan, China, Kyrgyzstan and Uzbekistan. It is located in a highly seismic region – with mountains of more than 5,000 metres – and faces a variety of other hazards including land and mudslides, drought, and floods.

Since 1997, Tajikistan has recorded a total of 3,326 disasters, which have killed more than 1,100 people and caused widespread destruction and economic loss. Most disasters were of a localized and recurrent nature.

There were, however, two serious floods in 2005 and 2010 and one drought and period of extreme cold in 2007-8, all of which also affected neighbouring countries.

The Sendai Framework, which was adopted by the international community in March last year and runs to 2030, has seven targets.

It aims to bring about substantial reductions in disaster deaths, the number of affected people and economic losses, plus damage to critical infrastructure and disruption to basic services such as health and educational facilities. It also seeks to increase the number of countries with national and local risk reduction strategies, bolster the capacity of developing countries, and vastly increase coverage by early warning systems.

Target one of the Sendai Framework – reducing mortality – will be the theme of this year’s edition of International Day for Disaster Reduction on 13 October.